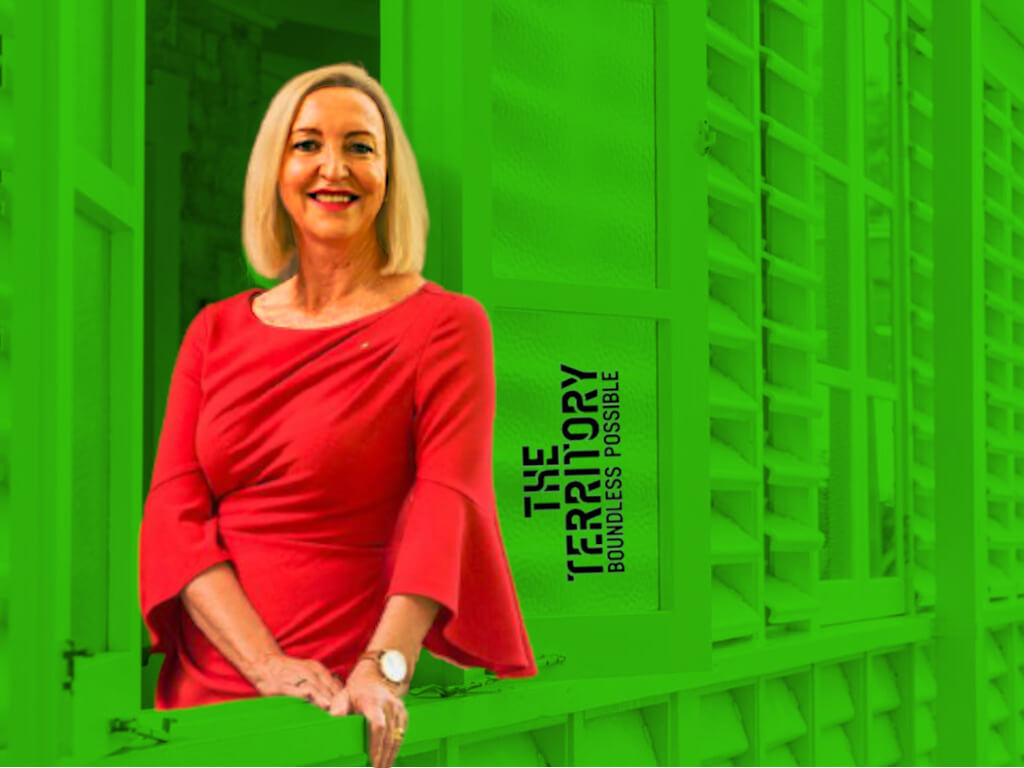 UPDATED: NT Administrator Vicki O’Halloran is paid a salary of $332,000, plus benefits, on top of free accommodation, a private chef and chauffeur covered by Territorians, the NT Independent can reveal, and will be entitled to some form of payment at the end of her term that has not been disclosed.

Concerns were first raised around the costs of the Administrator position last year, after the NT Independent revealed Ms O’Halloran charged Territory taxpayers nearly $100,000 for travel expenses in just over a year, that included a trip to meet the Queen in London and two annual trips to Hawaii at the request of Chief Minister Michael Gunner in 2018 and 2019

Ms O’Halloran, who has referred to herself as “the people’s Administrator” in the media, was reappointed for another two-year term ahead of last year’s general election that will see her continue to reside at Government House, while collecting slightly more in salary than the Chief Minister’s base pay, with the chef and chauffeur all paid for by Territorians until at least October 31, 2022.

It was first reported that Ms O’Halloran would receive 60 per cent of her current salary – nearly $200,000 – every year for the rest of her life, however, it now appears Ms O’Halloran is not eligible for that life pension, due to an amendment to the Administrators Pension Act (1981) that former Labor chief minister Clare Martin enacted in 2006.

While the Act is still in force, the amendment appears to have essentially ended the lifetime pension for any future administrators from 2006, which would include Ms O’Halloran, Tom Pauling, Sally Thomas and John Hardy.

This could not be confirmed as neither the Administrators office or the Chief Minister’s office have responded to questions.

The Opposition CLP, who initially declined to comment on the original story, brought the amendment to the attention of the NT Independent with a spokeswoman indicating that was the reason they chose not to comment earlier this week.

They did not provide comment however on the current salary and expenses for the Administrator’s day-to-day operations.

Ms O’Halloran, 57, was first appointed Administrator in 2017 by the Gunner Government after previously working as an executive for not-for-profit organisation Somerville Community Services.

She continues to not respond to the NT Independent’s questions and declined to offer an explanation.

Ms O’Halloran’s husband, Craig, whose official title is “Mr O’Halloran” according to NT Government protocol, was head of procurement services for the government in 2019 and was involved in a flawed procurement contract concerning senior executives in the Department of Chief Minister, an internal report found, that was later investigated by the ICAC.

The administrator’s pension rules have been on the Territory’s books for decades in the form of the Administrators Pensions Act 1981, and four living former NT administrators have been paid an annual pension of a percentage of their salary at the time they served, that is also transferrable to spouses or partners upon their deaths.

An amendment to the Act in 1999, regulated that any administrator who served five or more years was to be granted 60 per cent of their salary annually for life.

But that was ended in 2006 by another amendment to the Act, the year after Ms Martin scrapped politicians’ pensions.

It is unclear how much this costs Territorians annually.

By next October, Ms O’Halloran will be the only NT administrator in history to have served five years, after Chief Minister Michael Gunner extended her term for two years just days before entering caretaker mode last July, ahead of the election.

The NT Administrator is appointed by the Chief Minister and approved by the Governor General – the Queen’s direct representative in Australia – and is viewed as the “indirect” Queen’s representative in the NT, performing the same constitutional role as a state governor, including giving royal assent to laws and formally appointing the Chief Minister and Cabinet, as well as performing ceremonial roles.

It remains unclear how much money Ms O’Halloran will receive when she ends her term as Administrator.