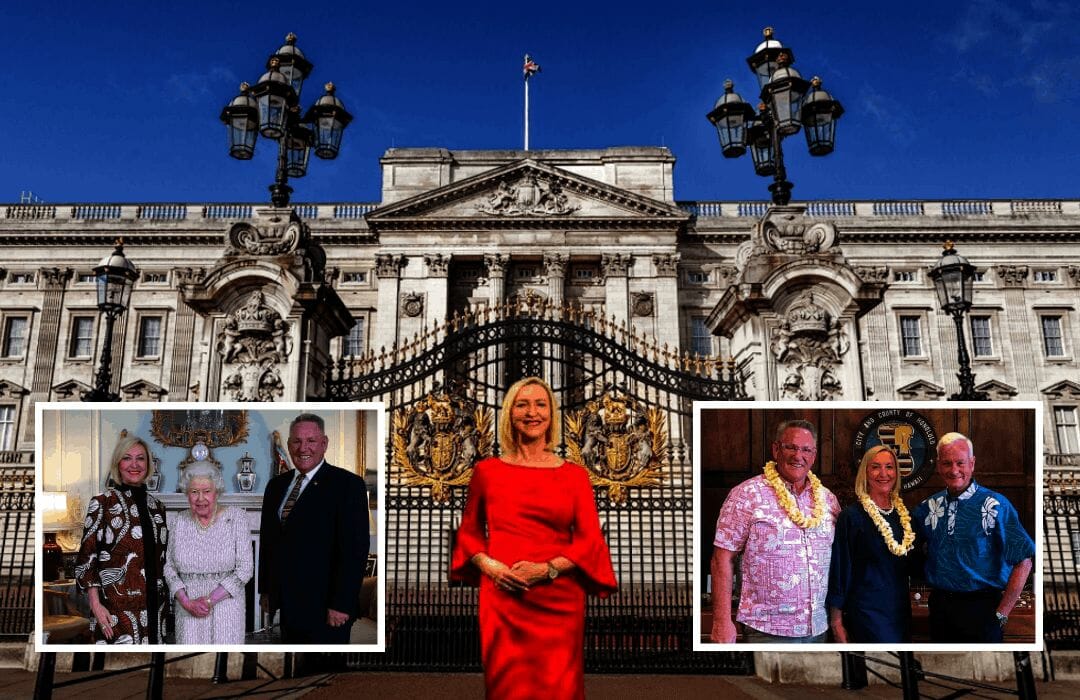 NT Administrator Vicki O’Halloran racked up nearly $100,000 in travel expenses in less than two years, including a massive trip to London under the pretence of celebrating an assistant receiving an award, that cost taxpayers 14 times more for her than the public servant being honoured.

Travel records released by the Department of Chief Minister show Ms O’Halloran spent 10 days in London at a cost of $17,350 in February 2019, while long-serving Administrator’s assistant Helen Wiffen, who was there to be honoured with the Royal Victorian Order, had her trip limited to only three days at a cost of $1,291.

The price discrepancy was not explained.

Photos from the trip show Ms Wiffen receiving a medal from Prince Charles for her long service to the Crown, while other photos show Ms O’Halloran meeting exclusively with the Queen and Prince Charles after Ms Wiffen was sent back to Australia.

The official reason for the trip was listed as supporting Ms Wiffen on her award, not meeting the royal family.

Ms O’Halloran’s husband Craig also attended the trip to London although it appears no direct taxpayer funds were expended on his trip.

The records also show Ms O’Halloran has been taking annual week-long trips to Hawaii in the middle of the Darwin build-up since 2018 for one-day Veteran’s Day events at taxpayer expense.

It was not explained why he stayed longer and at a lower cost than the Administrator.

The official reason for the trips to Hawaii are listed as being at the “invitation” of Chief Minister Michael Gunner to attend “Veteran’s Day events”. Veteran’s Day is the American equivalent of Anzac Day with services contained to one day.

Mr Gunner attended the same Veteran’s Day service in 2017 in Hawaii at a total cost of slightly more than $13,000 for six days, before “inviting” Ms O’Halloran to attend the service  in his place. He signs off on all of her international travel.

There is no tradition of Northern Territory officials attending the American Veteran’s Day service in Hawaii before 2017.

Ms Halloran was previously CEO of Somerville Community Services in Darwin before being appointed Administrator on October 31, 2017. Mr Gunner recommended her position be renewed for another two years earlier this week, ahead of the government going into caretaker mode.

Supporting the “region’s interests overseas” is not an official function of the Administrator, who gives royal assent to all bills passed in the NT Legislative Assembly and acts as the Queen’s indirect representative in the Territory.

Financial records released also show the Administrator’s residence, known as Government House, is costing taxpayers roughly $100,000 a year in electricity costs. By comparison, the government’s power bill for the use of the TIO building is only $36,000 a year.

Ms O’Halloran’s office declined to comment on her travel expenses and refused to say what measures she is taking to reduce costs in the face of the Northern Territory’s financial crisis. While a federal position, Territory taxpayers pay for Ms O’Halloran’s travel, social functions, an undisclosed salary and official residence that includes a private chef and car services. A total cost for the position was not provided.

Independent MLA Scott McConnell said given the state of the Territory’s finances, where public servants are being asked to find savings in every department to help control record debt levels, the costs of the Administrator position needed to be reviewed.

“It is very hard for the Northern Territory as a jurisdiction to afford the largesse of this office when we represent less than one per cent of the Australian population,” he said.

Ms O’Halloran refused to explain what benefits Territorians received for her annual trips to Honolulu.