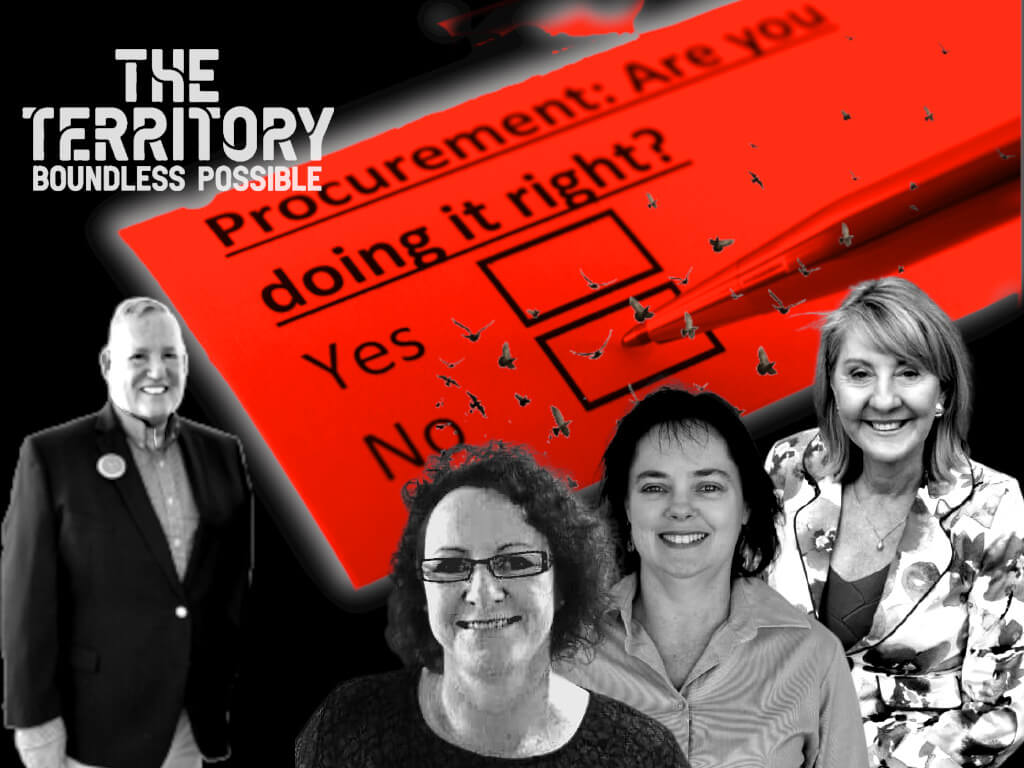 EXCLUSIVE: The NT Administrator’s husband Craig O’Halloran signed off on a flawed government procurement contract after two senior Department of Chief Minister executives altered the scores of tenderers to ensure a favoured company was successful, the NT Independent can reveal.

A confidential 2019 report prepared by the Buy Local Advocate into the procurement panel’s actions, obtained by the NT Independent, also shows Mr O’Halloran – who was the government’s director of procurement services at the time – was aware the scores had been altered after the interstate company was recommended for three executive recruitment contracts.

The report also appears to show the procurement services division Mr O’Halloran oversaw may have played a part in the scores being altered without justification.

It remains unclear how conflicts of interest are managed between Administrator Vicki O’Halloran and her husband, who continues to work in a senior role in the government while she serves her term, that reached the four year milestone this month.

The NT Independent revealed on Tuesday that one of the three questionable recruitment services contracts awarded to Melbourne-based recruitment agency NGS Global through the flawed procurement process in 2019 was to appoint a new police commissioner – a role ultimately filled by current commissioner Jamie Chalker.

The procurement panel was instigated by head public servant Jodie Ryan who also signed off on the final recommendation after her executives altered the scores and breached dozens of procurement rules. She has known Mr Chalker since they were children.

In his scathing report, Buy Local Advocate Denys Stedman found that the procurement process, run by DCM deputy chief executive Maria Mohr and director of governance Kerryn Batten, was deeply flawed and that their decision to award the contract to NGS Global was “not defensible” due to non-existent documentation and the multiple breaches of established guidelines.

A “summary of agency actions” in Mr Stedman’s report shows that on August 26, 2019, DCM chief executive Jodie Ryan’s assistant Kim Mappas emailed a draft copy of the Value for Territory (VFT) spreadsheet that contained the original scores of the tendering companies to “Procurement Services”, asking for “feedback” on the draft Procurement Assessment Recommendation (PAR).

It remains unclear why a draft of a procurement panel’s decision would be sent to other bureaucrats for comments.

An hour later, an unnamed staffer in Procurement Services responded “with comments relating to the draft [recommendation]”.

One email from “Procurement Services”, highlighted in the Stedman report, appears to show that there were concerns raised before the final sign-off over choosing an interstate company to run the recruitment services when a local company could have managed it, although the wording is vague and unclear.

“With some of the scoring especially those companies that scored higher then the recommended [company] there are only minor concerns, if so they can do the job and one of them should be awarded [sic],” the email from an unnamed person in Procurement Services read.

“I’m just concerned that it is not a good look not awarding a local represented company if there are only minor concerns.” 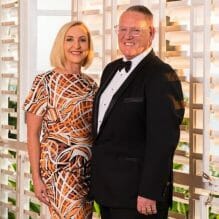 The next day, August 27, a compliance audit form attached to the assessment recommendation was “reviewed by procurement services officer Brett McDonald and signed in the final PAR by Craig O’Halloran from procurement services”, the Stedman report stated.

However, the report found that the manipulated scores could not be justified and that Ms Mohr’s and Ms Batten’s actions were “not defensible decisions as required”.

Mr O’Halloran refused to comment to the NT Independent on his involvement.

The two senior executives and Ms Ryan also signed the recommendation and the NGS Global contract was finalised two days later, with Mr Chalker announced as the new police commissioner on October 30, 2019.

The ICAC investigated Ms Batten and Ms Mohr for ‘unsatisfactory conduct’ – the lowest category of improper conduct – after receiving Mr Stedman’s report, but concluded there was insufficient evidence to establish the allegations. The ICAC’s report, authored by then-deputy commissioner Rex Wild, withheld the public servants’ names and did not disclose they were in the highest senior ranks of the Chief Minister’s Department or that one of the contracts was to recruit the police commissioner.

Mr Wild’s brief investigation was in stark contrast to the Stedman report which found Ms Mohr’s and Ms Batten’s actions failed to reflect “fair dealing” or “best value for the Territory”, with the latter report ultimately concluding there was no documentation to back up why they awarded the contract to NGS Global or why they changed the scores after the fact.

“It is the complete lack of recording of discussions and decisions that undermines the concept of making defensible decisions,” Mr Stedman wrote.

“Furthermore, I consider that the final procurement recommendation is not defensible on the information available to me.”

Mr Wild has ignored the NT Independent’s attempts to contact him. He is no longer deputy commissioner and was appointed by the NT Government last week as acting chair of the Parole Board.

The NT Independent revealed last week that Ms Mohr also provided administrative support to ICAC Inspector Bruce McClintock, which provided her access to sensitive ICAC information, potentially including investigation records and the names of every public servant who complained to the Inspector about the ICAC.

Mr McClintock stated in his 2020 annual report that Ms Mohr had access to his ICAC Inspector email account and assisted with managing documents. He told the NT Independent last week she was a “person of complete integrity” and was appointed to assist him through Ms Ryan’s department.

The Stedman report also found that Ms Mohr did not initially comply with providing information relating to the procurement process to Mr Stedman during his investigation because she had claimed she was not aware she was obligated and “sought clarification with Procurement Services” before releasing the information. Mr Stedman found that was “concerning”.

Craig O’Halloran did not respond to the NT Independent’s questions, including why he signed off on the panel’s recommendation when he was aware improper processes were followed or if he had instructed the executives to alter the scores.

The NT Independent understands Mr O’Halloran – who is on an executive-level contract – is currently employed in the Department of Corporate and Digital Development. His biography on the NT Administrator’s official website states that he has held different roles in the Department of Business and previously sat on the NT Government’s Procurement Council.

Ms O’Halloran was appointed the NT’s Administrator in October 2017, with her term extended by Chief Minister Michael Gunner just ahead of last year’s general election.