Resident slapped with $2500 quarantine hotel bill despite having exemption paperwork 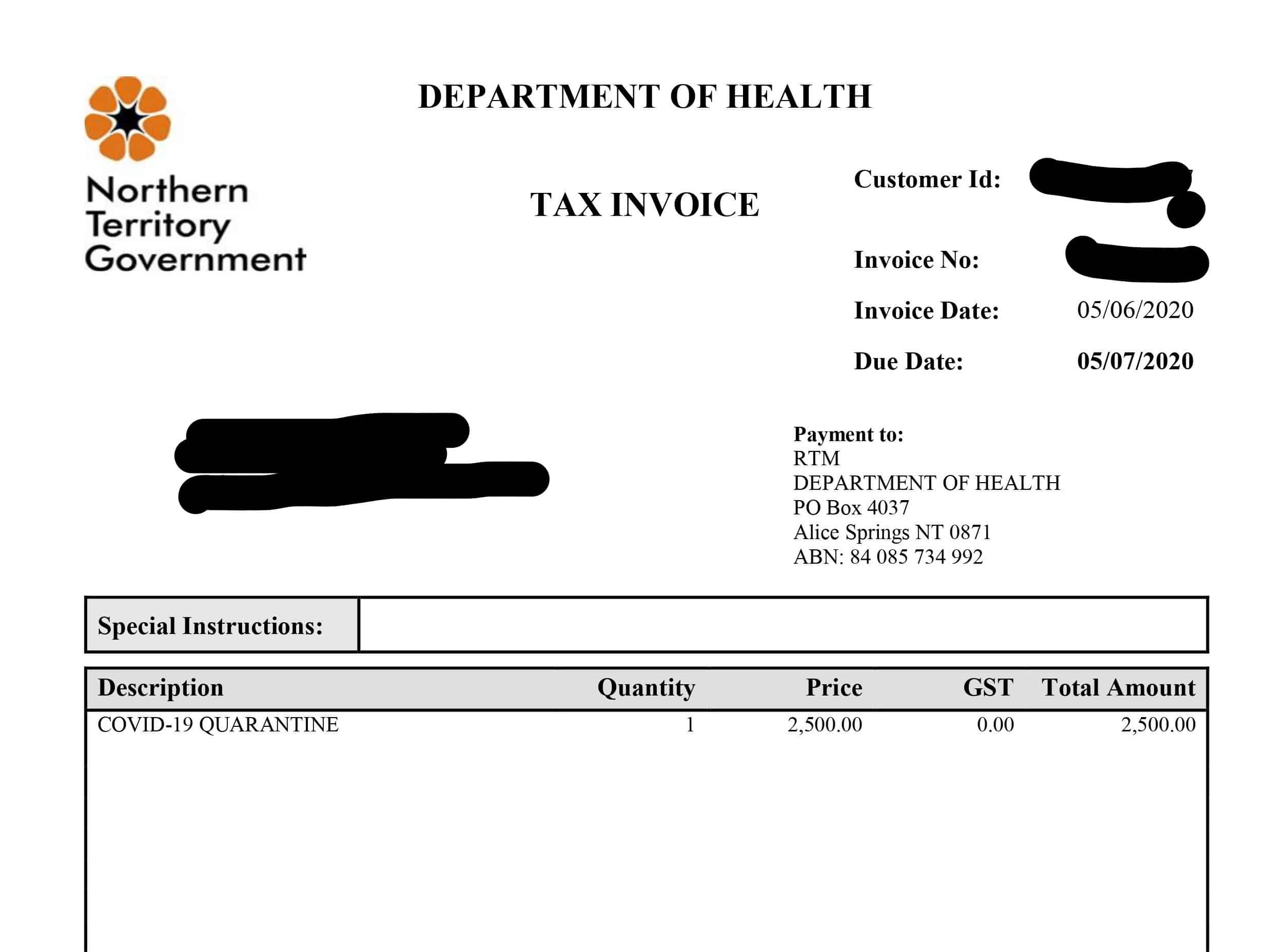 A Stuart Park resident who was forced to self-isolate in a hotel after returning to Darwin, despite having all relevant paperwork for an exemption, has been slugged with a $2500 bill.

The resident, who asked not to be named, returned to Darwin on April 9 and had all the relevant paperwork required for an exemption to self-isolate at home, including a letter from his company stating he was an essential worker and a COVID-19 management plan.

However, because the resident arrived in the NT the day before Good Friday, he was forced into quarantine at the Travel Lodge Hotel while waiting for a letter to confirm his exemption by the Department of Health.

The exemption letter arrived seven days later on April 15 allowing the resident to self-isolate in his Stuart Park home.

He was then stunned when he was hit with an invoice for $2500 by the Department of Health on June 6 and given one month to pay off the hefty bill.

“It was pretty frustrating, I was expecting to get an exemption the day I arrived and go straight home to self-isolate,” the resident told the NT Independent.

“How did it take them seven days to get an exemption notice to me?

“I won’t be paying them anything.”

On top of the fact it should not have been issued at all, the amount the resident was charged on the invoice also appears to be incorrect.

The resident’s hotel stay was seven days between April 9 and April 15, meaning his invoice should be have been for $1750.

The Department of Health was contacted for comment but did not respond to the NT Independent’s questions.