Man bitten by snake in Karama as sightings increase 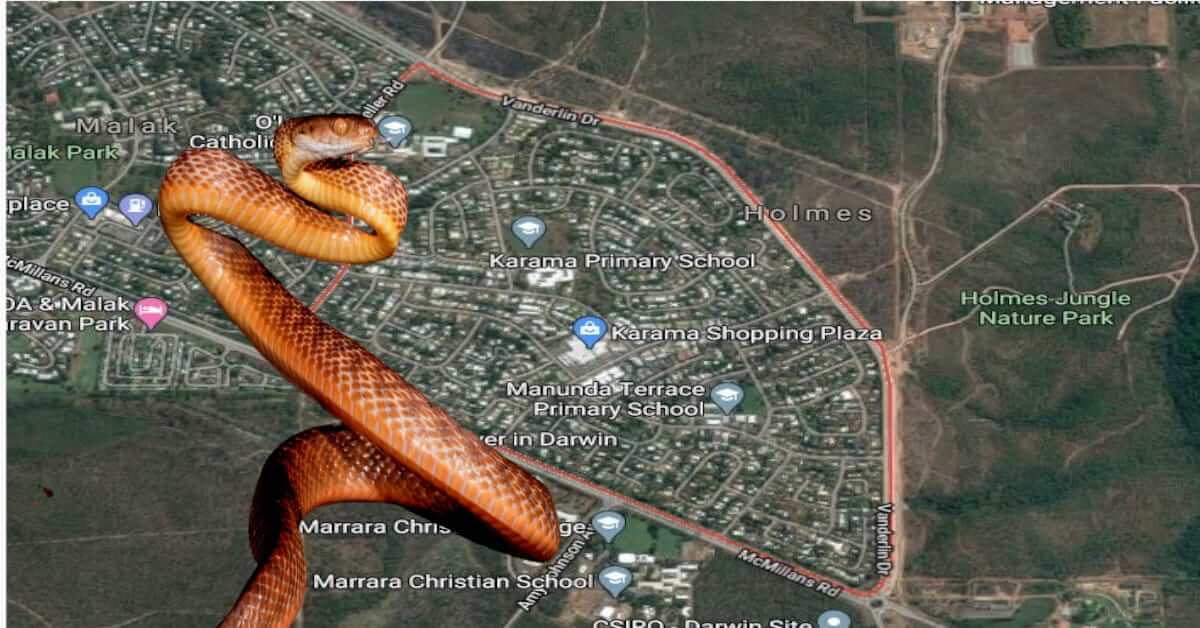 A surge in dry season burn offs is being attributed to a rise in snakes entering suburban areas in the Top End, following news a 25-year-old man was bitten by one of the reptiles in Karama.

St John Ambulance emergency communications centre manager Craig Garraway said the man had called triple-0 after being bitten by a snake at around 9.30pm on Monday night.

“The snake would have been looking for food I’d say and unfortunately a human got in the way and suffered the consequences,” he told Mix 147.9.

“He’s recovering quite well, there’s no concerns in regards to serious envenomation.”

“They have a fair bit of bushland around and that does bring the snakes out,” he said.

“We have had a few snake bites over the last couple of months … there’s been a few fires in the bush area and that traditionally brings out the snakes.”