‘It could be disastrous’: Government must explain unresolved fire safety issues at TIO Stadium, Opposition says 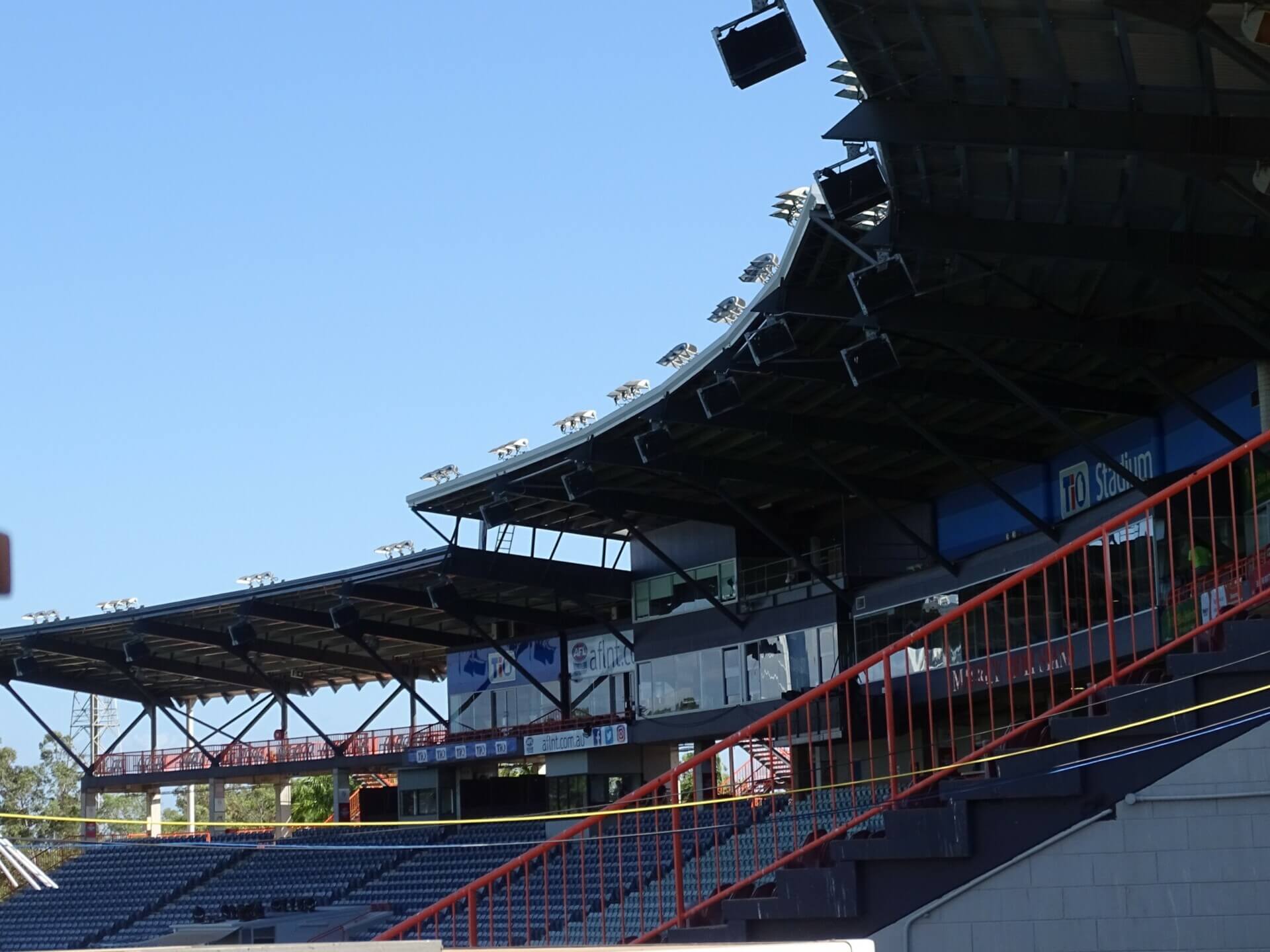 The Opposition is calling on the Gunner Government to explain what extra safety precautions it is taking ahead of tonight’s NRL match at TIO Stadium, following revelations the facility has outstanding fire safety issues that could put Territorians’ lives at risk.

The NT Independent revealed yesterday that government documents obtained through Freedom of Information laws show the stadium has a number of outstanding safety issues, including insufficient fire hydrant pressure that could be disastrous if a fire were to break out at the facility.

It is also uncertified and does not have an overall occupancy certificate – issues the government knew about for years but have yet to correct.

The Opposition said today the Gunner Government must immediately explain how people will be kept safe in the facility.

“We’d like to know what extra precautions the Gunner Labor Government is taking to ensure the safety of every single person who attends a sporting or entertainment event at TIO stadium while these issues remain unresolved,” said CLP spokesman for Infrastructure, Planning and Logistics Gerard Maley.

“Of course we want to see big-name sporting events hosted here in Darwin, but we don’t want Territorians, interstate visitors, or national sporting teams put at risk because of Labor’s inability to address outstanding safety concerns.”

The stadium is expected to be full for tonight’s NRL match between the Parramatta Eels and Brisbane Broncos, but it remains unclear how the more than 10,000 NRL fans will be permitted to occupy the uncertified building in contravention of the law that forbids entry of a premises that does not have an occupancy permit.

The FOI documents, which were mostly redacted, showed that water flow and pressure tests from the fire hydrant system at TIO undertaken by engineers were well below the minimum requirements of the National Construction Code and Australian standards for fire hydrant installations.

Infrastructure Minister Eva Lawler did not respond to the NT Independent’s questions, including what extra precautions the government is taking tonight, and why the department has been unable to rectify the serious safety issues years after being made aware of them, including the shortcomings in the fire hydrant system.

“This isn’t just an issue for spectators, but also first responders who are called if there’s an emergency,” Mr Maley said.

“What happens if firefighters don’t have adequate water pressure to put out a fire? It could be disastrous.”

It is also unclear who is providing the insurance for tonight’s match, given the outstanding safety issues that also include mechanical and electrical issues with the stadium.

The NRL did not respond to repeated requests for comment.

The NT Independent last year revealed the department held concerns over “base building elements” of the complex, including fire services and other mechanical and electrical issues since at least 2009, but inexplicably delayed addressing the issues.

Last August, the NT Government was forced to issue an extraordinary public statement admitting the facility had no occupancy permit, but claiming it was somehow determined to be safe for national AFL games and that the department had been “working with building certifiers to finalise the certification for the original grandstand building”.

But later documents revealed the government did not issue a tender to “finalise certification” for another three weeks and have yet to explain why all the safety concerns have still not been addressed.