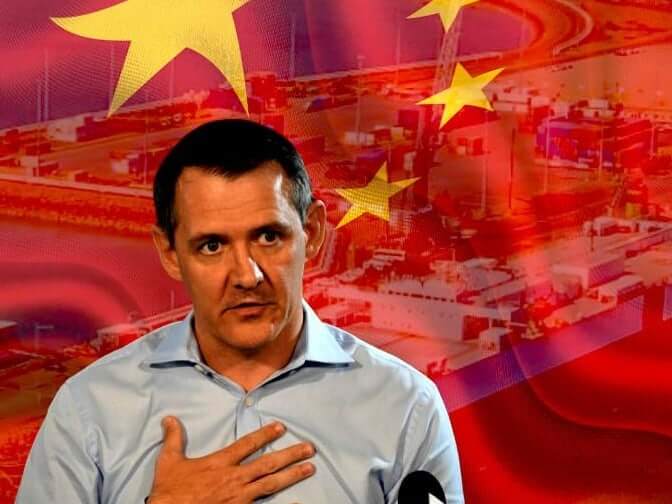 Chief Minister Michael Gunner’s secret deal with Chinese officials in Shenzhen that was later revealed as a “Framework for Cooperation” agreement will be reviewed by Foreign Minister Marise Payne, following the termination of Victoria’s Belt and Road deal with the Chinese government.

“I have spoken to Minister Payne and asked her to examine both of those deals,” Ms McMahon told the NT Independent.

“I want to make sure the agreement signed with Shenzhen does not present any risk to the government and that the port deal is fulfilling its contractual obligations.”

Ms Payne has previously said the port deal, that saw the NT Government enter into a 99-year lease with Chinese-owned Landbridge Group in 2015 for $506 million, could not be terminated due to it being an agreement between the NT Government and a private Chinese company, not a state entity.

But she also said the deal could be reviewed to ensure it’s working the way it was intended. Chief Minister Michael Gunner signs an agreement with an unidentified Chinese official on a 2019 trip to Shenzhen, China.

Mr Gunner’s 2019 deal with Shenzhen government officials in China on the other hand could be terminated if it is found not to be in the national interest.

Mr Gunner, who has voiced his support for the Belt and Road initiative, had remained tight-lipped about his Chinese arrangement after it was signed while on a trade mission in late 2019.

He ignored repeated requests from the NT Independent – including flouting a Freedom of Information application for the document – and the Opposition and independents’ calls in Parliament for him to explain to Territorians what he signed with Chinese officials.

Mr Gunner first said it was a “sister cities arrangement”, then refused to release the documents until January of this year – 15 months after he signed it.

It was revealed then that the document committed the NT Government and Shenzhen government to “work together to promote closer relations between the Northern Territory and China”.

At no time was the agreement mentioned in any press releases by the government.

“I am concerned there has been no clarity around the deal the Chief Minister made with Shenzhen,” Ms McMahon said.

“It’s not clear to me exactly what that deal involves.”

States, territories, municipal governments and universities are all now required to run foreign agreements past the Federal Government and will have to submit current agreements for review following changes to legislation in federal Parliament passed last year.