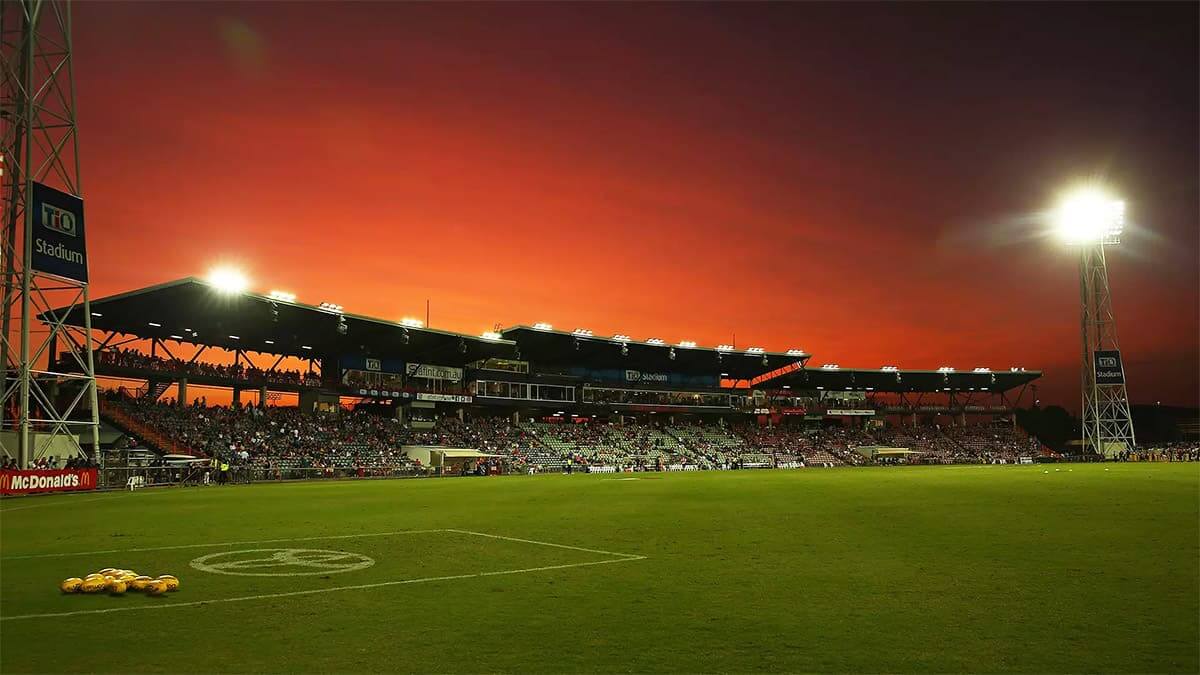 Tomorrow’s scheduled NRL match at TIO Stadium has been thrown into question after internal documents show the NT Government has failed to properly rectify outstanding safety issues with the stadium – which remains uncertified and without an overall occupancy permit, the NT Independent can reveal.

Documents obtained through Freedom of Information laws show public safety issues remain outstanding, eight months after first becoming public, including insufficient fire hydrant pressure that could put people’s lives at risk if a fire were to break out at the facility.

The government was this week reporting that the stadium was expected to be full on Friday night for the first time since the global COVID-19 pandemic, when the Parramatta Eels take on the Brisbane Broncos, but how the government intends to permit more than 10,000 people to enter an uncertified premise against the law is presently unclear.

The Department of Infrastructure, Planning and Logistics was forced to hire an engineering firm to “finalise certification” of the building last year, just weeks after allowing thousands of footy fans into the uncertified stadium for last August’s AFL games, and more than a decade after becoming aware the building had non-compliance issues.

That report was released through Freedom of Information laws to the NT Independent but was heavily redacted with the outstanding concerns around “base building elements” including fire services and other mechanical and electrical issues blacked-out, preventing the public from knowing what issues specifically are yet to be rectified.

However, the department failed to black-out the water flow and pressure tests from the fire hydrant system at TIO undertaken by the engineers, which shows the system is well below the minimum requirements of the National Construction Code and Australian standards for fire hydrant installations. “Based upon the existing block plan the system is required to achieve a flow rate of 20 (Litres/second) at a flow pressure of 200 kPa in accordance with AS2419.1-2005, assuming NTFRS waived requirements for attack hydrant flow requirements,” the report stated.

A graph, which the department appears to have inadvertently left attached to the appendices at the end of the report, also shows the feed hydrant and the “unassisted test results” fall below the basic minimum requirements for flow and pressure.

A public “position statement” issued by Queensland Fire and Emergency Services earlier this year determined that in general “a reduction in available flow from the onsite hydrant system would have a significant impact on the ability of firefighters to contain and extinguish a fire” of any building.

The department rejected an appeal to release an unredacted report, which the NT Independent argued was in the public interest  to know what safety issues remain unresolved with the public stadium.

The department claimed the BCA Engineers report was a “draft” report and subject to change as the government attempted to tick the boxes and address the issues raised.

It upheld its decision to redact the bulk of the document based on Section 52 of the NT Information Act that permits information to be exempted from release if it is “opinion, advice or recommendation brought into existence by or on behalf of a public sector organisation in the course of, or for the purposes of, the deliberative processes that are part of the functions of the organisation”.

It is unclear how much progress the department has made on the report’s findings as the stadium remains uncertified and without a proper occupancy permit.

The government’s ongoing failure to address the non-compliance issues with the stadium is unusual considering other internal documents revealed by the NT Independent last year showed the department held concerns over “base building elements” of the complex, including fire services and other mechanical and electrical issues since at least 2009, but inexplicably delayed addressing the issues.

Last August, the NT Government was forced to issue an extraordinary public statement admitting the facility had no occupancy permit, but claiming it was somehow determined to be safe for the AFL games and that the department had been “working with building certifiers to finalise the certification for the original grandstand building”.

But later documents revealed the government did not issue a tender to “finalise certification” for another three weeks and have yet to explain why the matter has still not been addressed.

According to the NT Building Act, people cannot occupy a building without an occupancy permit or until a certificate is issued declaring it “fit for occupation” – which has not yet happened.

Department of Infrastructure chief executive Andrew Kirkman and NT director of building control Mark Meldrum refused to comment or explain why the building remains uncertified or if they are putting the public at risk by permitting them to attend a venue that does not have an occupancy permit.

Questions around insurance liability issues of permitting thousands of rugby fans into the venue were also ignored.

The NRL also did not respond to questions after being made aware of the stadium’s non-compliance and outstanding safety issues.