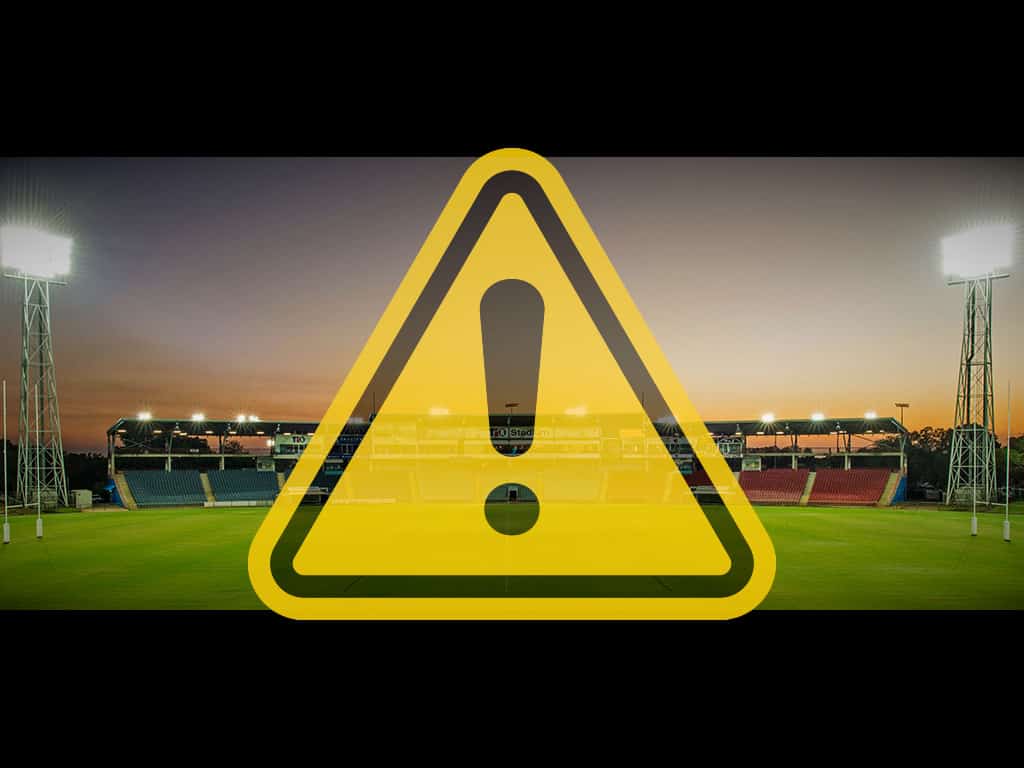 The NT Government has quietly awarded a contract to retroactively certify TIO Stadium – just weeks after allowing thousands of footy fans into the uncertified facility – and more than a decade after first becoming aware the building had non-compliance issues.

The NT Independent revealed late last month that the stadium had no occupancy permit and was not properly certified, according to internal government documents, that showed rectifying certification concerns had been inexplicably put-off by bureaucrats since 2009.

The Department of Infrastructure, Planning and Logistics was forced to issue an extraordinary statement in response to the article, admitting the building did not have a proper occupancy permit ahead of two highly-touted AFL matches.

However, the department said they had determined the building was “safe” despite the lack of permits. They declined to answer questions about liability insurance concerns, how it was determined to be safe without documentation and on whose authority the determination was made to allow people into the stadium.

The internal documents showed the department held concerns over “base building elements” of the stadium, including fire services and other mechanical and electrical issues since at least 2009.

In the statement at the time, the department claimed while there was no occupancy permit, it “has been working with building certifiers to finalise the certification for the original grandstand building.”

It’s unclear who the department was referencing in the statement, considering the tender to “finalise certification” was only awarded last Friday.

The NT Government awarded contract list showed the contract for the “finalisation of certification works” valued at $23,000 was awarded to BCA Engineers on Friday September 11 – three weeks after the department determined the building was “safe” enough to house thousands of footy fans.

Department of Infrastructure tried to retroactively certify in 2009, then dismissed it for nine years.

According to a Building Certification Review of TIO Stadium, commissioned by the Department of Infrastructure in June 2009, the building could not be certified at that time because the government could not produce an original building permit or certificate of occupancy from the time of construction in 1990.

According to the NT Building Act, people cannot occupy a building without an occupancy permit or until a certificate is issued declaring it “fit for occupation”.

The department attempted to “have the original TIO Stadium certified, and any additions/alterations to be properly certified”, but that was knocked back in 2009.

“The Building Advisory Board has advised they cannot acknowledge the building as lawful, until such time as they sight these [original] documents, being a Transport and Works building approval and certificate of occupancy,” the report stated.

It further declared that subsequent works on the site were considered “unapproved works” due to the lack of original records and that “building approvals have been issued and works constructed on site although no certificate of occupancy has been issued, and it is considered un-finalised building approvals“.

Nine years later, in 2018, director of building control Mark Meldrum, issued an internal briefing highlighting the same problems raised in the 2009 report and seeking to resolve “these remaining issues so that an occupancy permit may be issued”.

For reasons never explained, the matter was then dropped until March of this year when it was raised internally and then appears to have been dropped again until last week, when the select contract was awarded.

The NT Independent understands the retroactive certification may still not be attainable if any of the electrical, fire and mechanical issues that were raised in previous reports are discovered to still be outstanding safety concerns.

The 2009 certification review found that the NT Government is “not exempt from building approvals”.