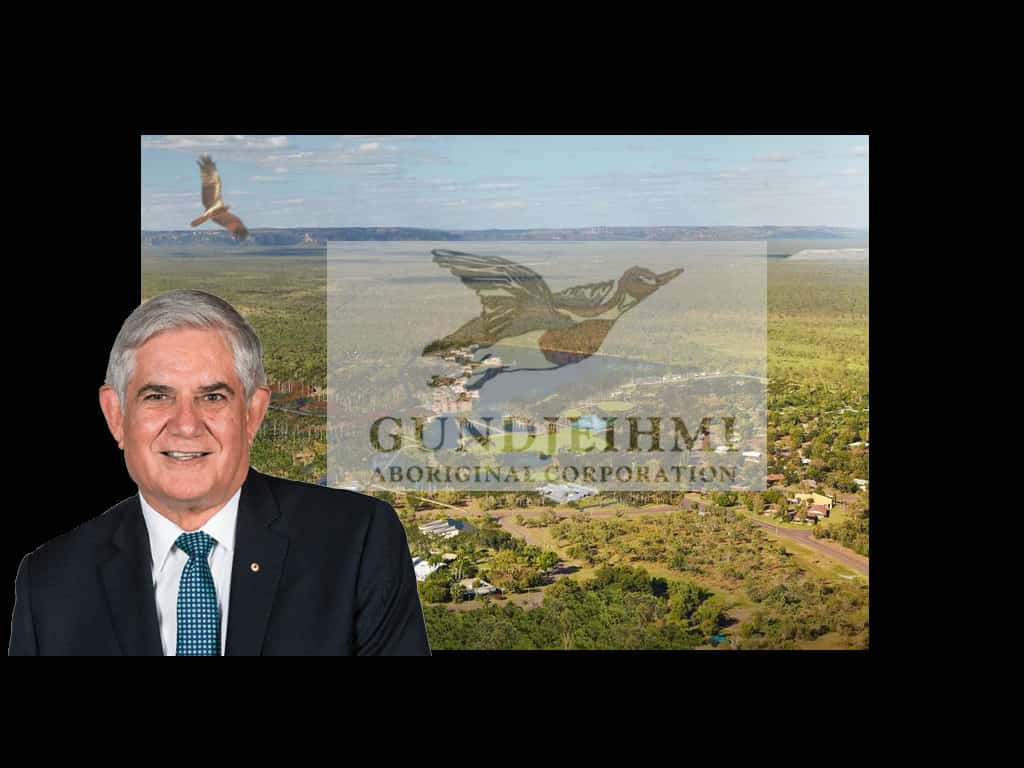 The Federal Government is handing back the Jabiru township – the centrepiece of a $446 million rejuvenation master plan – to an organisation that shares directors with an Aboriginal corporation currently under investigation by the Office of the Registrar of Indigenous Corporations for alleged financial impropriety.

Indigenous Affairs Minister Ken Wyatt announced on November 25 that the Gundjeihmi Aboriginal Corporation Jabiru Town (GACJT), a new entity, would hold the lease following the passing of legislation to allow its handover in September.

The new organisation is registered to the same address as Gundjeihmi Aboriginal Corporation (GAC) at 5 Gregory Place, Jabiru, and will control an area that will have more than $200 million in Territory and federal government money spent on it.

Susan O’Sullivan is also a GACJT director as well as being the lawyer for GAC.

Six of GACJT’s nine other members are also GAC directors.

ORIC investigators along with police raided the GAC’s Jabiru office in late September 2019, but it says it cannot make a statement about ongoing investigations.

The NT Independent is not suggesting any wrongdoing on the part of the people named.

Last week, Mr Wyatt also announced he had approved $1.98 million to be provided from the Aboriginals Benefit Account to support the new corporation’s establishment and initial transfer and management of leasing arrangements.

This is despite GAC having millions of dollars of its own money as the receiver of royalties for the Mirarr people, which includes money from the Energy Resources Australia’s soon to close Ranger uranium mine, plus the income from leasing Kakadu National Park to the Federal Government through Parks Australia.

The looming closure is what sparked the governments to spend vast amounts of money to redevelop the park, with Mr Wyatt suggesting traditional owners have proven they have the commitment and capacity to oversee the project.

“The traditional owners have demonstrated their commitment and capacity to effectively administer a township lease and so I have approved $1.98 million to be provided from the Aboriginals Benefit Account (ABA) to support the new corporation’s establishment and initial transfer and management of leasing arrangements,” he said in a statement on November 25.

Mr Wyatt’s office did not respond to questions including how there was demonstrated capacity to administer the lease considering the corporation that manages the people’s financial interests was under investigation.

Nor did his office respond to why it was planning to give a lease to an organisation that is overseen by people who have board positions on another corporation under investigation.

Or why he was giving the organisation close to $2 million when the Mirarr people have millions in the bank.

The GACJT had not responded to questions at the time of publishing.

In July 2018, the NT Government and the GAC revealed their masterplan for Kakadu, a plan that would see $446 million in spending based on recommendations from consultants Stafford Strategy Consultancy Group, which suggested $256.3 million in government money was needed, plus $133.5 in joint public and private money for other projects, and $56.2 million in private commercial projects.

This included $174.1 million for infrastructure in the park and in Jabiru, $35.8 million in government money for Jabiru Airport, $21.9 for the Bininj Resource Centre – said to support enterprise and employment in land management, housing and living area management, art and artefact production and language and culture services – $16.2 million for an education precinct and $8.3 million for an entertainment hub.

In the days after the raid on GAC, a spokesperson for the Chief Minister said the investigation would not affect the money being spent in Jabiru or Kakadu.

Less than two months later, the Territory Government announced $135.5 million to be spent over four years in Jabiru to establish the Bininj Resource Centre, along with upgrades to local infrastructure, a new power station, a government services hub, an upgraded health clinic and a designated education precinct.

Mr Gunner, Infrastructure Minister Eva Lawler and Indigenous Affairs Minister Selena Uibo refused to answer the NT Independent’s questions about why they committed to spend money before the investigation is over and if they had considered the new organisation’s links with the old one.

At the start of August 2019 – a month before the GAC was raided – the Gunner Government created a joint not-for-profit company with GAC that would operate as a charity, called the Jabiru Kabolkmakmen Limited.

In a media statement released at the time, that came with no one’s name attributed to it, the Department of Chief Minister said Cabinet said it was established to support the transition of housing ownership and maintenance, business premises and other infrastructure.

However, the Jabiru Kabolkmakmen Limited’s ABN has been active since April 26, 2019, which was about five months before GAC was raided and its business name was registered in June 19, 2019.

This is despite rumours of allegations of financial impropriety in GAC in the years before.

According to the Federal Government’s Australian Charities and Not-For-Profits Commission website, one of the board members is Deidre Sullivan, who describes herself as GAC finance manager, but the NT Independent has been told she is now its chief operation officer.

Jabiru Kabolkmakmen caused upset in the town with its September 23 document, about rent increases for houses occupied by local workers and small business owners to be controlled by a not-for-profit.

Rent for a one-bedroom house would increase gradually from its $175 per week this financial year to $275 in 2030.

At present the houses are owned by Energy Resources Australia which is the major non-government sub-leaser of houses.

Of this, there would be between $20 – $60 million spent alongside business in the Kakadu Visitor Centre, as well as spending $35 million for remediation in Jabiru.

It added up to between $236 million and $276 million – above the original commitment.

Mt Wyatt’s office did not answer whether the Federal Government was still going to spend that money.

In a letter to Northern Territory Government at the same time, Deputy Prime Minister Michael McCormack said $70 million had been allocated for roads in Kakadu in 2022-23.