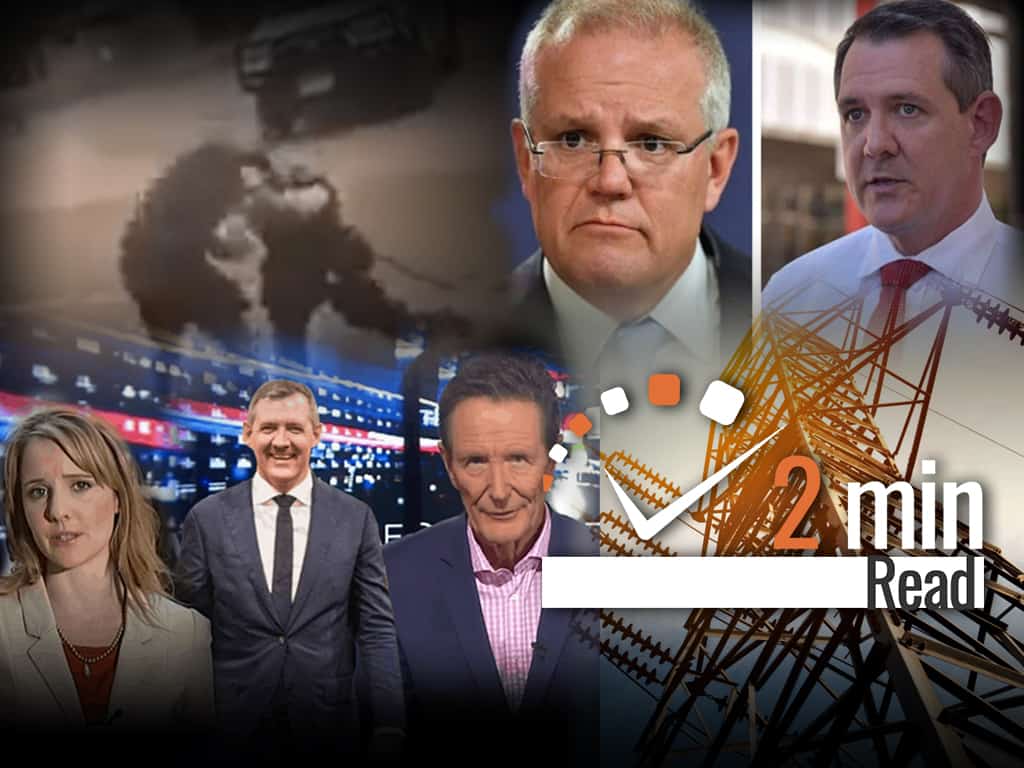 In case you missed it, here’s a two-minute rundown of this week’s top stories in the Territory: From an overwhelming influx of travellers from South Australia scrambling to quarantine in Alice Springs that resulted in total disarray; to tens of thousands of Territorians without electricity; to ABC journalists refuting the company’s claims that it has managed a conflict of interest; to a video making rounds on social media showing a 14-year-old girl hitting police; and to Mr Gunner attempting to ban a Senator from participating in a press conference about federal funding to the NT.

Questions have been raised over the NT Government’s preparedness for COVID-19 hotspot declarations after a bizarre series of events unfolded in Alice Springs Tuesday night, following an influx of travellers from SA looking to take up the free quarantine offer that expired at midnight.

The Alice Springs COVID-19 quarantine facility quickly filled beyond capacity on Tuesday, forcing the government to announce it would charter a flight to Darwin for roughly 80 people to quarantine at the Howard Springs facility, that was later scrapped after the plane was hit by birds.

A massive power outage that left tens of thousands of Territorians without electricity for hours on Wednesday was caused by a “gas supply issue” at the NT’s main power station at Channel Island, Power and Water says.

The blackout started around 4pm, affecting dozens of Darwin and Palmerston suburbs, the rural area and Katherine.

Businesses were forced to close and traffic lights were knocked out, making the commute home a treacherous affair, with numerous traffic collisions reported.

The ABC’s claims that it has managed its conflict of interest with Chief Minister Michael Gunner’s wife Kristy O’Brien have been dismissed as untrue by ABC journalists speaking to Media Watch.

The ABC Darwin newsroom’s conflict of interest was the focus of the venerable program on Monday night, raising new questions over the integrity of the newsroom under editor John McElhinney after claims that the issue had been “openly discussed” in the office, while reporters said it hadn’t.

A shocking video showing two NT Police officers struggling to arrest a 14-year-old female in Alice Springs before being hit and kicked by her has been condemned by the police union as a “vicious attack” on the officers.

Chief Minister Michael Gunner attempted to exclude an elected federal politician from participating in a media conference about a federal funding announcement for the NT, the NT Independent revealed.

Commonwealth Government sources with knowledge of the event told the NT Independent that Mr Gunner attempted to exert his authority to bar NT CLP Senator Sam McMahon from Thursday’s ship lift press conference, before being told by Minister for Northern Australia Keith Pitt’s office that the media event would be held without him if he insisted on banning Ms McMahon.