RSL chasing “once in a 50 year” opportunity to relocate, reverses position on viability of CBD site 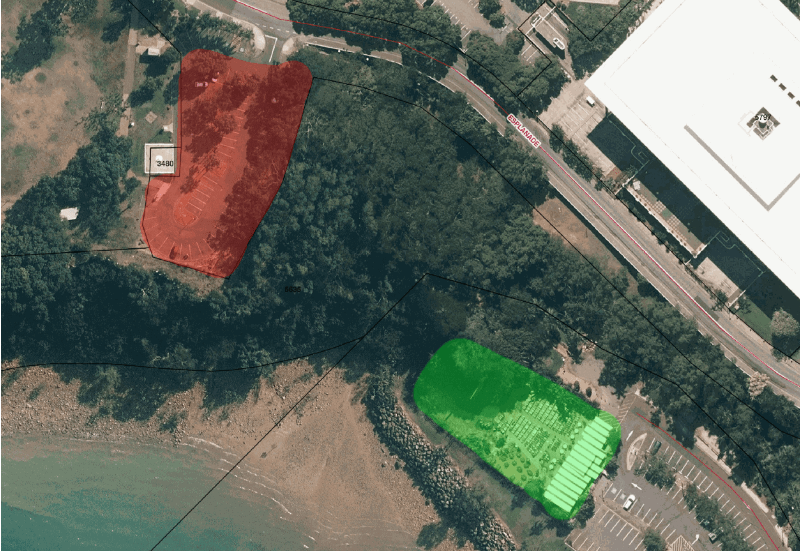 The president of the RSL has reversed his position that the Esplanade is the only viable option for a new clubhouse in response to questions over why the club is not rebuilding on the grounds members called home for more than 50 years.

Rebuilding the Cavanagh Street site is back on the table, Darwin RSL president Stephen Gloster said on Monday, despite media in June reporting the club had determined it was not an economically viable option, and had no plans to speak of.

Mr Gloster claimed he was quoted inaccurately by both the NT News and the ABC as saying “leaving Darwin would be the next option,” if hopes for a clubhouse at the Esplanade were dashed.

“The thing is, we can always go back to our old site. It doesn’t cost us anything to go there but that club was going broke,” the NT News reported Mr Gloster saying at the time.

“Why would we go back into the city to go broke? Whatever we look at has to be able to make money.”

The Darwin RSL Club burnt down in June 2018, destroying memorabilia and gutting the top floor.

It was the second time the Cavanagh Street clubhouse had been built, after it was decimated in the 70s during cyclone Tracy, and had recently seen a $2 million upgrade. 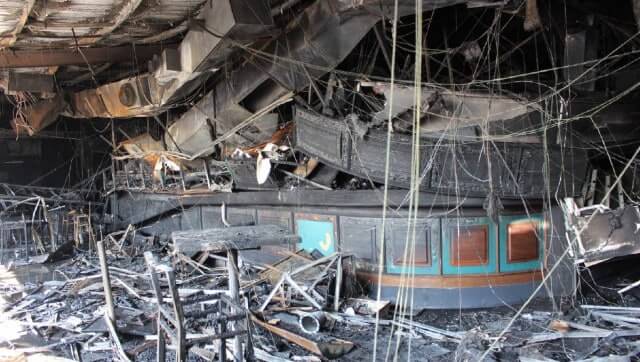 The two-story RSL building was abandoned in June 2018, after a fire engulfed the site club members had called home since the 1950s. Picture: NTFRS.

As plans for the burnt out site to be demolished forge ahead, with the RSL president expecting the work to be completed next month, the RSL has been rapidly advancing talks with the Darwin Council to rebuild its clubhouse next to the cenotaph.

Mr Gloster said the RSL is taking a once-in-half-century opportunity to find the best site in Darwin for a new clubhouse, and asserted the Esplanade was one of many sites the committee was looking at.

However, the Esplanade is the only option currently backed by drawings and plans.

Mr Gloster could not reveal any other potential sites, and when asked for plans or drawings for the Cavanagh Street site, he said they were confidential.

The push for a club at the Esplanade has seen fierce opposition from Darwin’s Deckchair Cinema, who say their iconic attraction is under threat from noise pollution. 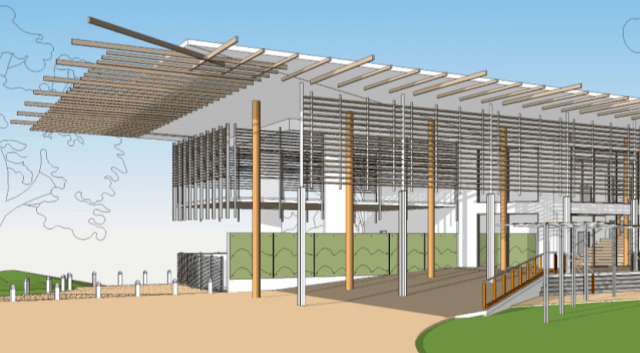 As it stands the RSL has only publicly revealed plans for a new clubhouse at the Esplanade.

While asserting the re-build at the Cavanagh Street site was firmly back in the minds of the RSL, Mr Gloser said an opportunity to relocate only came around “once every 50 years”, and it was his job to ensure the 150 league members had the best choices before them.

“As a committee we have to put three or four options to members… the Esplanade would be a good spot because it is next to the cenotaph… and it would fill the requirements of what the members want,” Mr Gloster said.

“Once every 50 years you have a choice of moving somewhere else, this is a time the RSL can find the best spot the RSL can go to.”

The RSL officially asked the Darwin Council to look into the feasibility of building at the Esplanade site last week, Mr Gloster said.

Despite there being “a good chance [the RSL] will re-build on the Cavanagh Street site” the ultimate decision would be left to the members, of which Mr Gloster holds one vote.

Mr Gloster did not say which location would receive his vote. 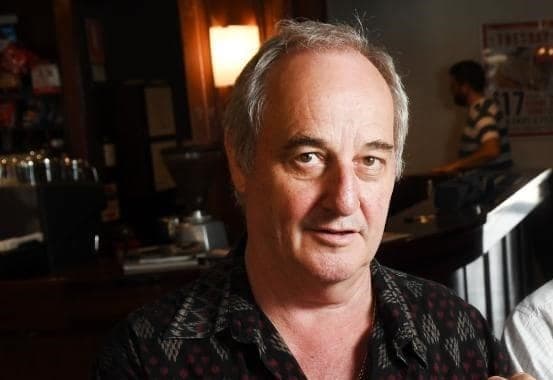 Plans for a new RSL clubhouse at the Esplanade were first spruiked earlier this year, but have quickly forged ahead.

Last week, a spokesman for the RSL told the NT Independent it was navigating the council’s approval process “as fast as possible” to get a formal submission on the table, expected to happen as soon as November.

“We’re confident we’ll get to a point that we’ll be able to put forward a formal submission,” the RSL spokesman said.

Mr Gloster said there was no reason the club could not be re-built on Cavanagh Street. Regardless, the incinerated city building would be re-developed in the near future.

“It will be open to any developers who want to develop on that site,” he said.

Part of that redevelopment would include an agreement whereby the RSL could establish some offices, Mr Gloster said.