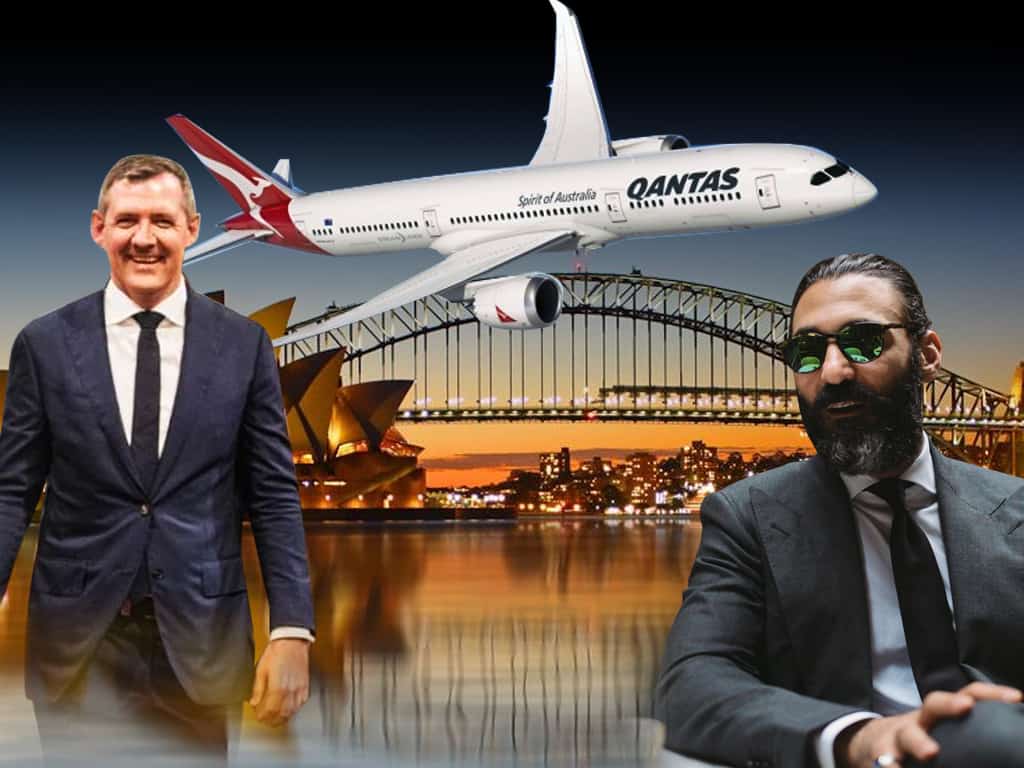 A mysterious trip Chief Minister Michael Gunner took to Sydney to meet a high-priced tailor in a hotel room on the way home from an official international state visit in 2017 was kept off official travel reporting records while still being picked up by taxpayers, the NT Independent can reveal.

Documents released under Freedom of Information laws show the November 2017 official government trip to Hawaii, that included flights for Mr Gunner between Alice Springs, Sydney, Honolulu and back to Sydney and Darwin, were not properly lodged through the NT Government’s official travel requisition database, in contravention of strict protocols established to protect taxpayers against fraud.

Department of Chief Minister (DCM) director of governance Kerryn Batten confirmed the records were incomplete and not filed through proper channels.

The released documents, that included seemingly fictitious flight numbers, incomplete costings and no stated purpose of the trip, also included two hotel invoices billed to DCM, that showed Mr Gunner charged taxpayers $700 for himself and an advisor to stay at the luxury Sydney Grace Hotel for one night on November 13, 2017 on the way back from the official trip to Honolulu, Hawaii to meet US Defence officials.

Internal diary entries show Mr Gunner used the hotel on the morning of November 14, 2017 for a private meeting with Roger Shamoun of Zimma Tailors, ranked by one fashion website as the third best tailor in Sydney.

The off-the-books trip has raised questions over how much taxpayers paid for all of the flights, which included unexplained flight booking discrepancies, such as flights to Melbourne for Mr Gunner and business advisor Chris Langworthy scheduled on November 14 – the same day they reportedly flew back to Darwin on board a different flight at roughly the same time.

It’s unclear if taxpayers paid for both flights and why the Melbourne flights were booked.

According to the NT Government’s Air Travel Policy, all government officials embarking on official travel or a representative “must complete a movement requisition in TRIPS (the official travel database) for air travel”.

“The TRIPS requisition is a key record for each travel instance that evidences accountability for the planned expenditure of public monies,” the policy states.

Mr Gunner’s office did not explain why there was no record of his official trip found in the travel requisitions database and no apparent approval for the flight.

The Chief Minister’s office initially withheld information relating to the Honolulu-Sydney leg of the trip, but later sent the NT Independent a brief diary entry that inexplicably suggested the flight started on November 12 at 10am – with an apparent fictitious flight number – and concluded sometime on November 14.

Proper flight details were not provided and it is unclear why the Chief Minister’s diary would show the plane landing in Australia on November 14, the same day other records show he checked out of the Grace Hotel in Sydney and flew back to Darwin.

It has also not been explained why Mr Gunner did not take three earlier flights to Darwin from Sydney that day before taking the late Virgin Airlines flight at 8:25pm, according to records.

A highly-placed source familiar with the Hawaii travel said the trip was not conducted in accordance with proper reporting requirements because Mr Gunner was mixing official travel and personal travel, against government recommendations.

“Those flights were all over the shop,” the source said. “Nothing about that Hawaii trip was filed properly. The trip to Sydney was personal, it was to get a suit made for his wedding.”

‘Under no circumstances are private travel costs to be paid by the NTG’: Policy

“Official travel is for work purposes and should be kept separate to private travel,” the rules state.

“Linking private travel arrangements and taking planned leave in conjunction with an official travel trip is to be discouraged and minimised.”

Mr Gunner’s travel is approved by head public servant Jodie Ryan. Ms Ryan did not respond to questions over why she would approve the trips, or whether Fringe Benefit Tax issues were addressed.

Despite the trip not being booked through the proper channels, the Chief Minister’s office published an official cost in February 2018 on a ministerial travel website that was later rendered inactive.

That travel report stated the cost of the six-day trip for Mr Gunner and Mr Langworthy to Hawaii was $26,974, but it’s unclear how the total was arrived at with improper travel requisitions filed.

The official 2017 Hawaii visit was billed by Mr Gunner as critical to “help secure defence projects for local business” in the NT. According to a press release at the time, Mr Gunner was to engage in meetings with senior US Defence officials in Honolulu to create “ongoing dialogue” and also to mark American Remembrance Day services.

Mr Gunner did not respond to questions about the flight documentation issues and costs to taxpayers for private travel while on official government business.

In a 2016 pre-election Labor integrity pledge, Mr Gunner said he recognised the previous CLP government’s travel scandals had caused all members of Parliament to be brought into “disrepute” and that rules needed to be followed.

“These rules should be clear and transparent and the travel needs to be open to scrutiny by members of the public both before and after it is undertaken,” he said.

“Over the last three years the lack of discretion and common sense applied to travelling has brought all members into disrepute.”