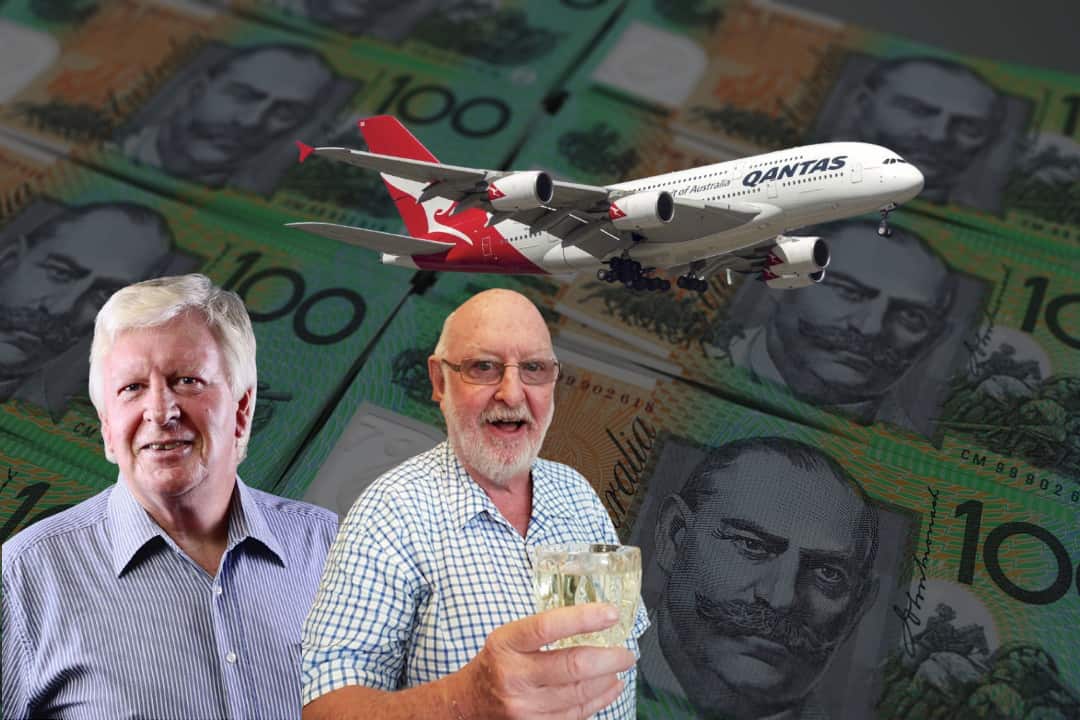 Former Labor treasurer and party president Syd Stirling is one of two men who were paid an average $318 an hour to run the NT Remuneration Tribunal – the committee that recommended scrapping politicians’ requirements to publicly report their travel expenses to the public.

According to documents released by the Department of Chief Minister, Mr Stirling and committee chair Michael Martin were paid $27,047 of taxpayer money between them for a little more than two week’s worth of work in the 2018-19 financial year.

The total figure is based on 85 hours between the two men, according to the documents, and includes “time spent by the Remuneration Tribunal both at stakeholder meetings and conducting tribunal business”.

A further breakdown and explanation of “tribunal business” was not provided.

When asked by the NT Independent if being paid $318 an hour to recommend politicians scrap taxpayer-funded travel reporting requirements was money well spent by taxpayers, Mr Stirling said: “What documents show those numbers?”

When informed they were from DCM, he said: “These are set fees that are accrued to all sorts of committees, not just the RTD”.

But according to those DCM documents, the Remuneration Tribunal was far and away the most well compensated committee in the department, making more than double the amount expended on the Activate Darwin Advisory Board and nearly four times as much as the Onshore Shale Gas Community and Business Reference Group.

Figures for committee expenses for 2019-20 were not provided. Mr Stirling directed further questions to Mr Martin.

“That’s for other people to comment on”: Chair of Remuneration Tribunal says of hefty pay

In their late 2017 report, Mr Stirling and Mr Martin recommended the Gunner Government trim MLA travel allowances from $15,000 a year to $10,000 and roll it into individual politicians’ electorate allowances that have never been publicly reported.

The recommendation to change reporting requirements was only a recommendation, but was accepted by the Gunner Government as of January 1, 2018.

Those electorate allowances – sometimes referred to as a slush fund – range from $60,500 to $118,500 depending on the remoteness of the electorate, and can be used for a variety of purposes including campaigning by members with no oversight or reporting requirements.

“A lack of oversight also increases the risk that members will misuse government resources,” he wrote.

“There was no decision to conceal travel,” he said. “We took the entitlement off them. We always consider transparency and accountability and we say that in our report. I’m uneasy to talk about it any more.”

When asked directly why he felt politicians shouldn’t have to disclose their travel costs to taxpayers, Mr Martin said: “I have no comment on that.”

He was then asked if Territorians were getting their money’s worth for paying he and Mr Stirling $27,000 for a couple week’s work.

“That’s for other people to comment on,” he said.

The NT Government has delayed a Freedom of Information application filed by the NT Independent into all politicians’ travel costs until after the election.