More than $150,000 raised to get Aurrichio’s body home as AFL star talks about his death 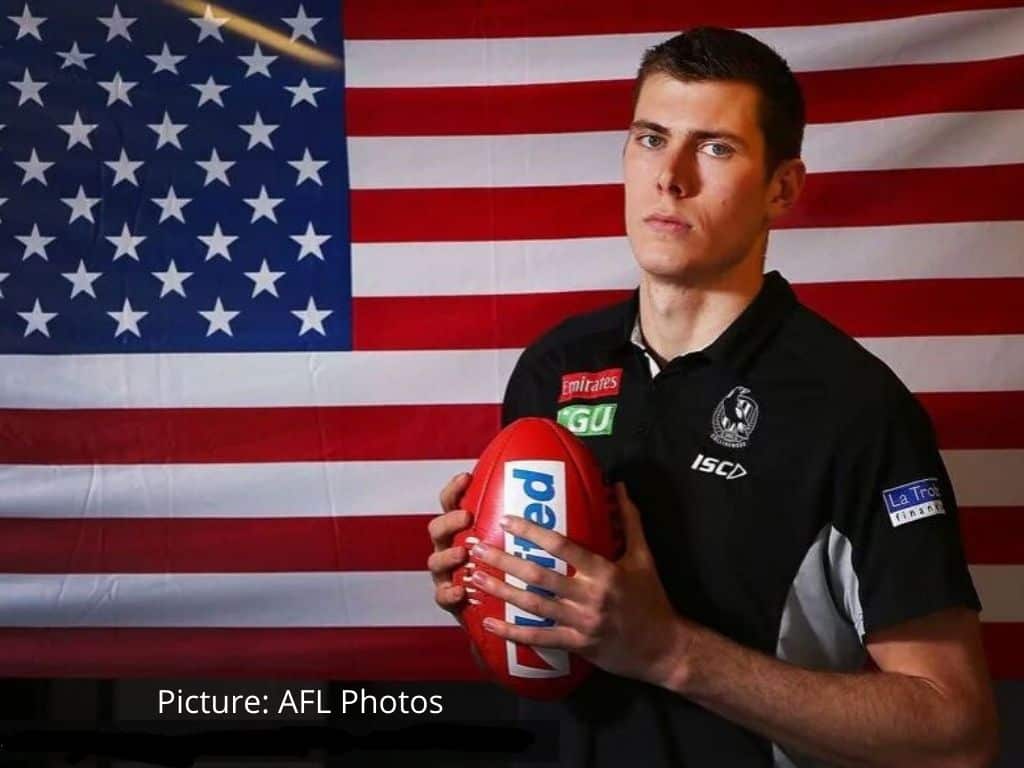 More than $150,000 has been raised to get Alex Aurrichio’s body back to his family in New York, as fellow American and AFL player Mason Cox has spoken about his tragic death after he was hit by a car and killed while riding on Gunn Point Road last week.

The GoFundMe campaign, titled ‘Let’s get Rooch home’ was set up by AFLW player Abbey Holmes and had raised $154,740 at time of print.

Collingwood ruckman and forward Cox said he was told of the news by Holmes last week and had to struggle his way through training with the Magpies the next day.

“I remember getting into the spa and breaking down. It was pretty tough. It was the realisation I wouldn’t see him again and all these thoughts come into your head,” he told the Gold Coast Bulletin.

“What was the last thing I said to him? Did he lead a full life and all this kind of stuff.

“I just sat in the spa and broke down and dunked my head in the water about 100 times in 20 minutes. It was tough. I got into the car and got home and broke down completely.”

Cox said he last spoke with Aurrichio only five days before he lost his life.

“We had an hour long chat on the phone, talking about life and the AFL coming back, what he had been up to and what he had been doing during COVID,” Cox said of his discussion with the 30-year-old.

“He had hung out with a friend of mine, Abbey (Holmes), and had gone on a trip to the Northern Territory with a group of friends.

“He just loved AFL. The six years he was here he wanted to chase that dream of becoming an AFL player.

“He was always a larger than life personality. He was a charismatic person and a guy I will never forget.”

Cox missed Collingwood’s match against Richmond on Thursday night, the first time an AFL match has been played in nearly three months due to COVID-19, but planned to honour his friend when he returned to the field.

“I’ll be writing something on my wrists or on my boots or something,” Cox said.

“He will be in my mind whenever I walk out on to the MCG now.”