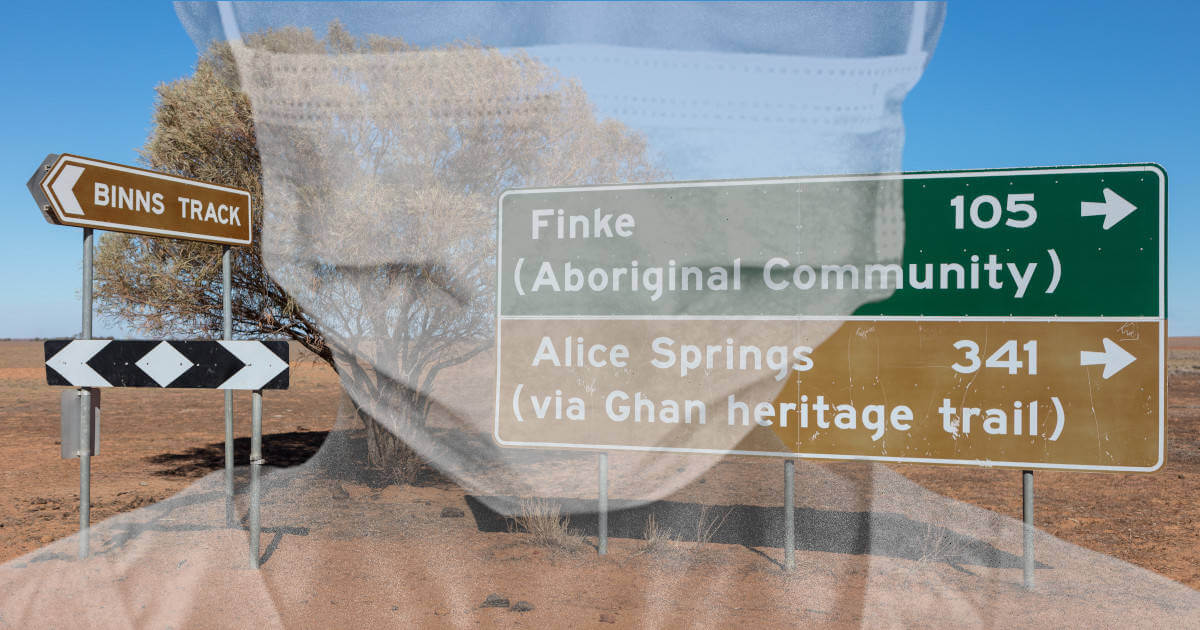 The head of the Aboriginal Medical Services Alliance is calling on the Gunner Government to close the Territory’s borders entirely to coronavirus-stricken Victoria amidst fears of an outbreak in remote communities.

Chief executive officer John Paterson told Mix 104.9 in an interview Wednesday morning there could be “long term gain for a little bit more pain” and said people in remote communities had told him they were very concerned about COVID-19.

“How do we protect then minimise the risk of positive COVID-19 individuals coming into the Northern Territory and spreading it,” he said. “Before we know it, we’ll have a huge breakout here…(we have) the most vulnerable population throughout the country residing in the Northern Territory.

“We’ve got to be a bit more tight on the borders, and like I said, our position is that we keep the borders shut for a bit longer, a little bit more time for a longer term gain hopefully…

“We call on the government to close it (the border) entirely to Victoria at this point in time.”

Mr Paterson added that he was disappointed about not being consulted by the government on the reopening, despite their persistent appeals.

Last Friday Chief Minister Michael Gunner announced Australians entering the NT from known coronavirus hotspots after July 17 will have to self-isolate for 14 days, at their own cost, upon arrival.

“[When the] Chief Minister made the announcement, we only had about two hours notice,” Mr Paterson said.

“So look, we’re disappointed that we’re not actually sitting around the table with the Chief Minister.”

Mr Paterson said they had “on the odd occasion” had “really positive and constructive meetings” with the Chief Minister but he said they seemed to have now been they seem to be left out of the process.

Last week, a woman who had travelled from coronavirus-stricken Melbourne via Brisbane breached quarantine and went to the remote community of Ngkurr to work.

AMSANT had earlier opposed the reopening of the Territory’s borders until community transmission had been eliminated across the country.

“Because we are still seeing major breakouts in places like Victoria and New South Wales, we had hoped the border controls would remain in place until there was no more coronavirus in Australia or there was a vaccine,” Mr Paterson told ABC on June 19.

However Mr Gunner told a press briefing last Friday he could not wait for a vaccine.

The NT’s chief health officer Dr Hugh Heggie said the decision to shut borders was never about eliminating the virus but rather about “buying time” for all arms of the health sector to prepare for more cases.

“We have always been going for virus suppression, not elimination,” he told the ABC. “The main thing that we did in terms of Territory borders being closed was to give us time to prepare for what we needed. Have we got enough tests, have we got enough PPE, are our staff prepared.”

Dr Heggie also said that the spike in coronavirus cases in Victoria is “a relatively small number of cases for a populous part of Australia.”