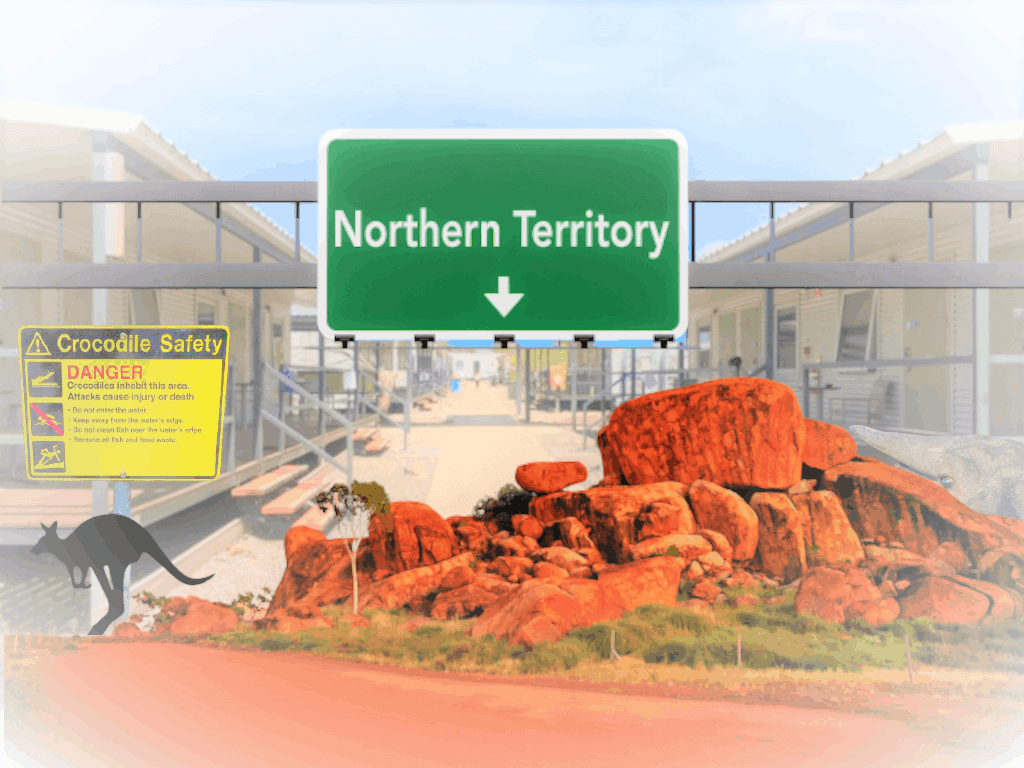 The Northern Territory’s pandemic-battered tourism sector is missing a chance to promote itself to the thousands who pass through COVID-19 quarantine, a former quarantiner, and a business owner have said.

More than 3000 people fleeing coronavirus hotspots have spent 14 days at Darwin’s quarantine facility, where three meals, and two 20-minute exercise sessions are the only things breaking up the long monotonous day.

On entry, visitors are handed a welcome pack including an A4 booklet detailing the rules and vital information about the importance of wearing a mask, when meals will be delivered, and who to contact in the case of mental health concerns.

But the authority responsible for promoting the Northern Territory as a must-do, unique holiday destination has missed one of the biggest opportunities for promotion to what is arguably the most captive audience, Darwin art gallery owner Carol Phayer and CLP Tourism and Hospitality spokeswoman Marie-Clare Boothby have both said.

Tourism NT stipulates on its website its role is to “increase the desirability of the Northern Territory as a travel destination” and inspire people to stay longer and spend more.

“Our vision is to grow overnight holiday visitor expenditure in the Northern Territory to between $1.46 billion and $1.79 billion by 2030,” it says on its website.

The NT Government announced more than 26,000 vouchers worth $200 each for Territorians to spend on tourism in the NT, in June.

The stimulus measure cost the government $5.2 million, and then another $10 million when it announced it would release two more rounds of the scheme.

In another recent promotion, Tourism NT called on residents to invite family and friends for a visit in their ‘$5 million Summer Sale’, which saves travellers $200 when they spend $1000.

However they have not promoted the NT in quarantine.

Bound for Queensland, Sharon Kuper and her family spent two weeks at Howard Springs at the beginning of August, escaping the bitter cold of Melbourne and some of the toughest COVID-19 restrictions in Australia.

Ms Kuper said she had plans to explore the Territory before relocating, and spent a few days in Darwin prior to heading down the Stuart Highway towards Katherine.

It was extensive research online, and a plethora of questions to others who know the area which ultimately sent her to some of the Territory’s best gems. 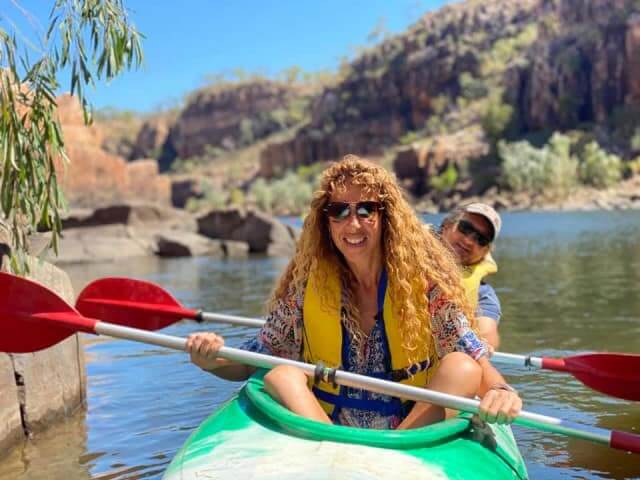 Sharon Kuper said the NT was one of the most “stunning immersive experiences in the world and all the people who’ve quarantined are right on the doorstep to explore and enjoy”. Picture: Sharon Kuper

“I was lucky to have a local in our block who was a seasoned NT explorer who gave me great insider advice such as Edith Falls, which wasn’t on my original plan but was probably my highlight place and activity,” she said.

“The NT exceeded my expectations so much. Many of my friends and family booked on my recommendation. We travel for months every year and I never knew that the most spectacular sights on Earth are right here.

“So many people are quarantining at Howard Springs as a pathway to Queensland and if they knew how amazing the NT was, they’d spend time there first.”

CLP Tourism and Hospitality spokeswoman Marie-Clare Boothby said the hard-hit tourism sector needed every dollar it could get.

“It makes sense for the Government to spruik the Territory’s tourism opportunities to people quarantining at Howard Springs,” she said.

“Many of the people in quarantine are visitors who will be looking for things to do once they’re cleared.

“Our tourism industry needs every dollar and the Government should be maximising every opportunity.” Darwin art gallery owner Carol Phayer, who has run Art Warehouse in the CBD for 14 years, said a little bit of advertisement at Howard Springs would have gone a long way in bolstering her business amid an unprecedented crisis for the tourism industry.

She said it would have been as simple as putting together a list or an app to showcase what is on offer.

“It’s not rocket science,” she said.

“If we have visitors in one place, a list or brochure or app seems like the most simple, cost effective thing to do at Howard Springs, instead we have a commission not talking to people at the coalface and spending millions on events and flying consultants up.”

The Tourism Minister Natasha Fyles’s office was contacted for comment.