Federal Budget 2020: What’s in it for the Northern Territory? 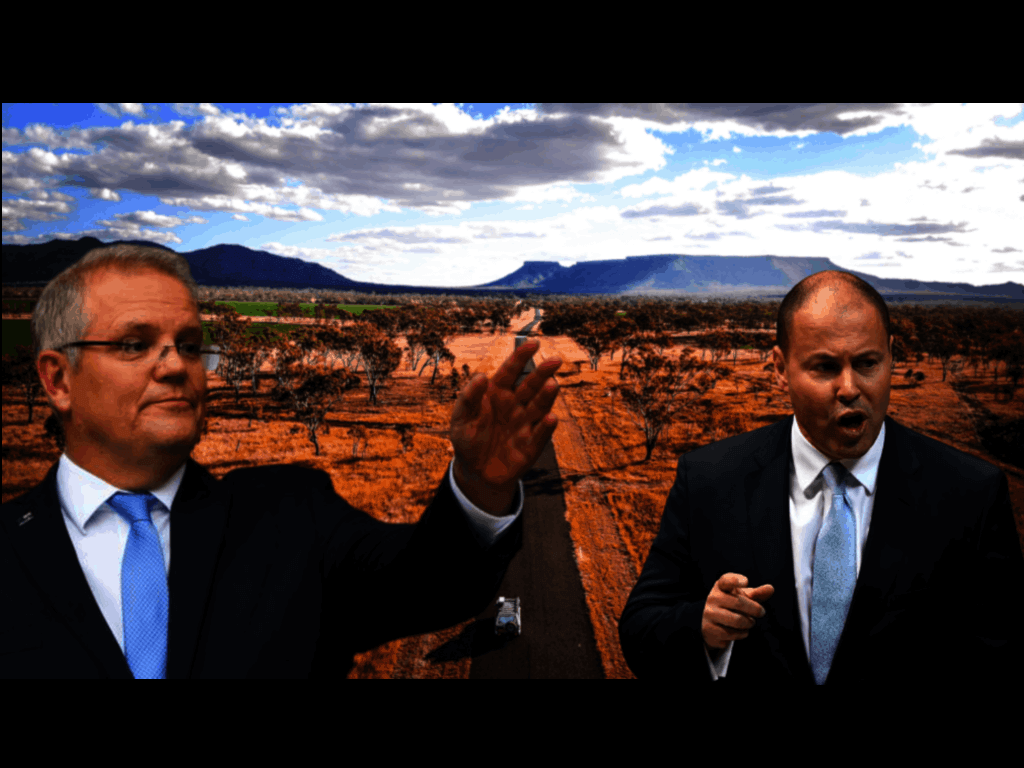 The Coalition’s much-hyped Federal Budget 2020 that will guide the country out of the biggest recession since the Great Depression, has revealed a massive deficit as expected and very little for the Northern Territory specifically, outside of the traditional cash for roads and funding pledges for other projects.

Treasurer Josh Frydenberg spoke of resiliency in his budget remarks, suggesting Australia was in a good financial position before the pandemic hit and would handle the record deficit of $214 billion this year, with the net debt set to tip $1 trillion by 2023-24.

“Australia has not been immune (to the global pandemic) – our economy has been hit, and hit hard,” he said.

“A resilient people, a proud nation and we will get through this together. The Great Depression and two World Wars did not bring Australia to its knees, neither will COVID-19.”

The recession will affect the Northern Territory Government’s bottom line, due to a massive cut to GST funding as a result of the pandemic, money that the NT Government relies on to keep the NT running.

Budget figures show the NT Government will receive $2.7 billion this year from the Commonwealth in GST funding, which is about $100 million less than previously expected due to the drop in GST revenue. That will put a deeper strain on the Territory’s already troubled finances ahead of the November 10 NT Budget, which had been delayed until after the Federal Budget.

The federal net debt is now forecast to hit nearly $1 trillion by June 2024.

“This is a heavy burden,” Mr Frydenberg said, “but a necessary one to responsibly deal with the greatest challenge of our time.”

But the Territory will also see small increases in funding to hospitals and COVID-19 health services, disaster relief payments for cyclones from five years ago and cash for a land management program under the 2020 budget.

The Coalition has estimated 120,000 Territorians will benefit from fast-tracked federal tax breaks that will see tax cuts scheduled for 2022 brought forward and backdated to July.

The government estimates this will result in an extra $12 billion pumped into the Australian economy this financial year.

Two separate $250 tax-free payments for aged pensioners and welfare recipients will also roll out in December and again in March.

JobKeeper and JobSeeker programs will not be changed.

Territory small businesses will be able to take advantage of wage subsidies of 50 per cent for new apprentices and changes to the fringe benefit tax system that will see business owners skip paying the FBT if they pay to retrain or reskill employees.

Businesses with a turnover between $10 million and $50 million will also qualify for new tax breaks and simplified regulations. Businesses small and large will also be able to deduct the full cost of depreciable assets in the year they were installed.

“We’re supporting Australians to get back to work and businesses to rebuild, grow and create jobs,” she said.

Infrastructure spending will be rolled out through a $7.5 billion investment in national transport infrastructure, including the pre-announced $190 million in new funding for the NT’s rural and remote roads.

Money for roads is a traditional Federal Budget announcement for the NT, which has been rebranded this year as part of the Coalition’s COVID-19 recovery plan, that the government says will create new jobs in the NT.

That funding will include $120 million to upgrade the Carpentaria Highway, $23 million for works on the Stuart Highway at Coolalinga and $47 million for national network highway upgrades, the Coalition said.

That funding is over 10 years, with previous road announcements from the 2018 Federal Budget still to be completed.

Prime Minister Scott Morrison earlier said the budget’s focus on infrastructure spending would help the Northern Territory’s and the nation’s economy recover from the COVID-19 pandemic.

“We have been working closely with state and territory governments to invest in the infrastructure that is ready to go and can help rebuild our economy and create more jobs,” Mr Morrison said.

“As part of the COVID-19 economic recovery plan we have invested an additional $244 million focused on shovel-ready projects across the Northern Territory.

“This latest investment will provide another boost to the local economy and is part of our plan to support an estimated 1,050 direct and indirect jobs across the state.”

Other money for the Northern Territory in this year’s budget includes $17.5 million to rebuild public housing damaged from Cyclones Lam and Nathan, $3.5 million over two years for “land management and hazard reduction works and engagement activities at the Rum Jungle mine site near Batchelor”, and increased funding pledged to hospitals and COVID-19 health programs in the NT.

Mr Frydenberg also mentioned the Beetaloo Basin in his speech as playing a part in the gas-led economic recovery with money being made available for planning and studies for the area, which he said would ultimately lead to more jobs in the manufacturing sector.

Not enough in the budget for Territorians: Gosling

Labor Member for Solomon Luke Gosling said the budget does not go far enough for Territorians.

“The Budget will rack up a trillion dollars of debt but the NT is still copping a $100 million cut to our GST payments which will make our recovery even more difficult,” he said on Tuesday night.

“The budget doesn’t do enough to create jobs and support Territorians hit hard by the COVID-19 pandemic.

“I welcome the news of $190 million for roads in regional Northern Territory, but there’s nothing allocated for Darwin and Palmerston.

“We’ve seen announcements for the beef and mango roads before from this Federal Government, but there’s been no follow-through.”

Mr Gosling added that he was disappointed the Coalition did not prioritise funding for social housing as a way to keep the construction trade moving and provide affordable homes.

“A missed opportunity is no new grant funding for social housing which is very much needed in the NT and would be great for jobs and the economy,” he said.

The Coalition has disputed Labor’s claim of less GST funding for the NT this year and said it is actually an increase.