Budget 2020 is a ‘total let down’ for Territorians caught in housing crisis: Peak body 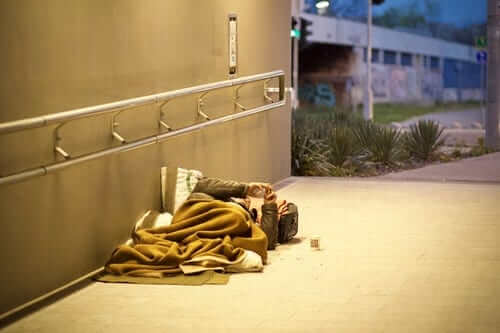 Little attention to the Northern Territory’s housing crisis in the Federal Budget unveiled last night is the “perfect storm” for the region with the highest rate of homelessness in the nation, says the peak body for homelessness in Australia.

Failure to fund social housing across the country in the face of spiraling unemployment and cuts to income support payments will “result in a surge of people” becoming homeless or living in extreme rental stress, according to deputy CEO of Council to Homeless Persons Kate Colvin.

Ms Colvin said the people “just hanging onto rental properties” in the Northern Territory are facing homelessness, and those already sleeping rough will be seriously impacted.

“The NT has the highest rate of homelessness in the country by a long way, and the lack of social housing is a big part of that,” she said.

“The economic impact of coronavirus has hit the NT hard like other states and Territories, which means a lot of jobs have been lost and people are struggling to pay rent.”

Ms Colvin said the NT’s high rate of homelessness, currently sitting at 12 times the national average, could increase unless the government takes action.

NT Labor Member for Solomon Luke Gosling called the lack of new funding for public housing a “missed opportunity” that also would have had positive impacts on the struggling economy during the pandemic.

“A missed opportunity is no new grant funding for social housing which is very much needed in the NT and would be great for jobs and the economy,” he said.

Ms Colvin, who is also a spokesperson for National housing and homelessness campaign Everybody’s Home, said Australia is now facing a “perfect storm” for homelessness to increase following decades of funding shortfalls exacerbating the housing crisis.

Prior to the COVID-19 pandemic more than 116,000 homeless people slept rough in Australia on any given night and more than 800,000 people lived in rent stress.

“[We now have] people who have lost income ‘trading down’ to cheaper rentals, squeezing out people on the lowest incomes,” she said.

“People struggling to find a rental they can afford desperately needed this government to follow the lead of earlier federal governments, from Menzies, to Chifley, to Fraser and Rudd, and deliver a nation building investment in social housing infrastructure.”

Ms Colvin said the budget has ignored the vital need for affordable housing and missed a chance to stimulate the economy and provide jobs in the construction industry.

“This was an opportunity of a lifetime to kill two birds with one stone, by creating jobs at the same time as creating homes, so that everyone has a decent, affordable place to live,” Ms Colvin said.

Funding the construction of 30,000 social housing properties across Australia over four years would have created 18,000 construction related jobs a year, Ms Colvin said.

In the NT, where the Government has estimated a shortfall of 8,000 to 12,000 homes in both urban and remote settings over the next five years, funding allocation would have gone a long way to bolster the Territory economy, Ms Colvin said.

The Gunner Government recently announced two housing ministers – one urban and one remote. Chansey Paech and Kate Worden declined to comment for this story.

However, she pointed out remote housing funding is still less than half the funding level seen in the 2017/18 budget.

Almost $41.5 million will be cut from Australia’s homelessness sector in July 2021 and while the budget includes more concessional loans for affordable housing, there is no inclusion of a subsidy needed to make new housing affordable to people on low incomes.

“COVID-19 exposed just how important our homes are, and how flawed our housing system is,” Ms Colvin said.

“Australians are looking for a new approach to the economy and budget 2020 has totally let them down.

“Alongside roads and bridges, building social housing should be a part of a nation-building program so families that are trying desperately to survive the impact of the COVID crisis have a secure home to raise their kids in, recover safely if they are ill, focus on finding a job and be part of their local community.”