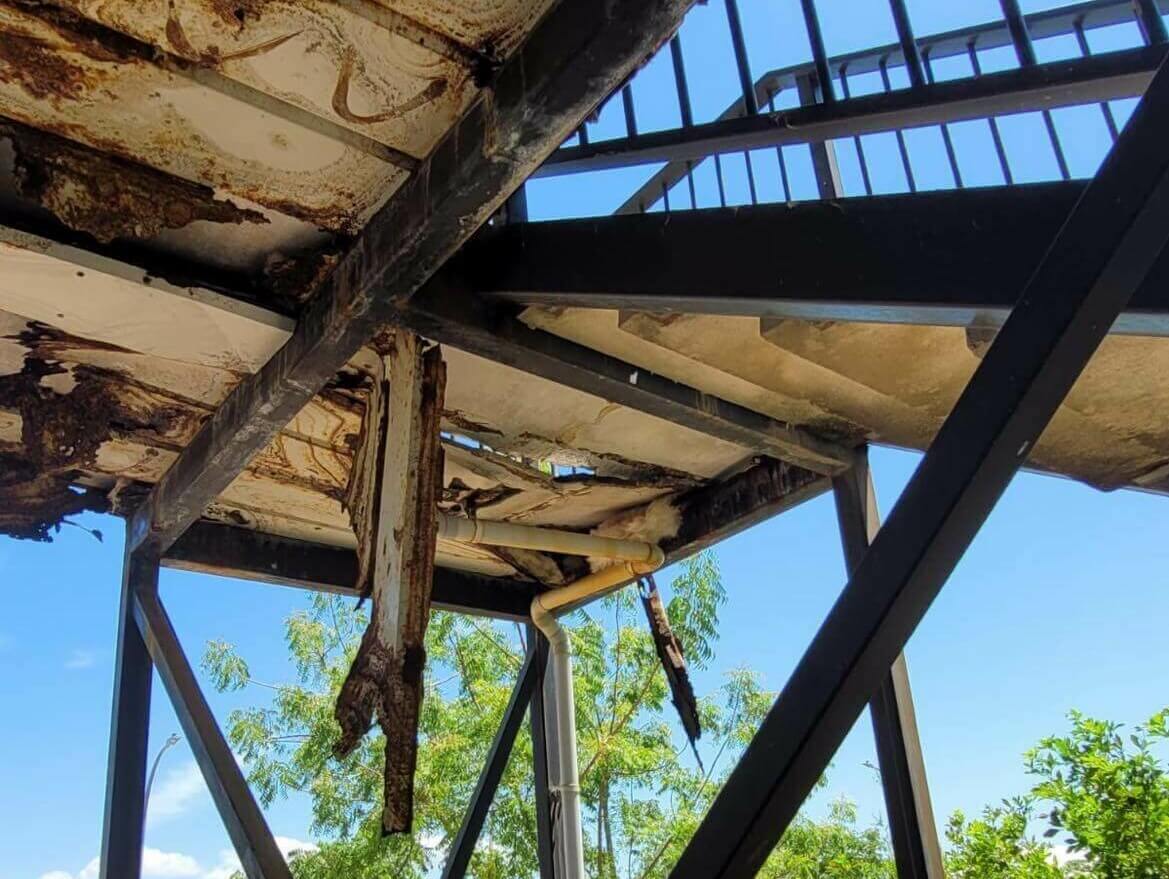 At least two engineering reports into unsafe homes in Palmerston ordered by the NT Government earlier this year show the homes were a “risk of serious injury” to the occupants and the community in a thunderstorm – not only a cyclone as the government claimed – and should be demolished without delay, the NT Independent can reveal.

Despite being aware of serious safety issues with 18 homes in Bellamack since 2014, the Department of Infrastructure, Planning and Logistics only announced publicly in April that the properties built by the same builder were “non-compliant” with the building code, but stated that there was “no immediate safety risk”.

However, the NT Independent has obtained two internal structural engineering reports prepared by Acer Forrester and provided to the government in January 2021 – four months before the government made the defects public – that found a “risk of serious injury … as a direct result of the non-compliance and conditions of the structure”, as well as a risk to neighbouring properties.

The 18 homes were part of a government-funded scheme under the former Labor government called HomeStart NT, that aimed to provide affordable housing to lower income earners and which saw the government take on part ownership of some of the homes.

The NT’s director of building control Mark Meldrum said in April that the homes were only determined to be a safety risk during a cyclone, however the engineering reports show the homes were a safety risk to occupants and neighbours in a “high wind event” or just a regular Darwin thunderstorm.

Mr Meldrum said on Mix 104.9 in April that “the buildings have issues, but I haven’t deemed them to be a risk to the extent of issuing orders or notices on the owners”.

However, the reports from January into two unsafe homes found they should be demolished immediately.

“The house should be deemed to be structurally non-compliant and structurally presenting a safety risk of serious injury to occupants and to the surrounding neighbouring properties and residents in the event of a high wind event such as a cyclone, thunderstorm downburst or tornado,” the report, dated January 22, 2021, stated.

“It is the professional opinion of the authors that the house structurally presents a safety risk of serious injury to the occupants and the community and that consideration is given to the demolition of the house without undue delay.”

Mr Meldrum did not respond to the NT Independent’s questions yesterday, including why he had withheld crucial safety findings of the engineering reports and why he did not disclose that community safety was put at risk during common weather events.

The engineering reports were part of 10 undertaken on recognised homes in the Bellamack community that were flagged as being structurally unsound as far back as 2014.

DIPL and Mr Meldrum have previously refused to say why they allowed people to live in those homes during cyclones and thunderstorms for years. 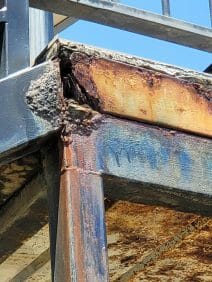 One of the affected homes in Palmerston

In letters to affected homeowners in March of this year, Mr Meldrum wrote that the homes were part of “an ongoing investigation” being undertaken by DIPL, highlighting issues including water entering the walls, corrosion of steel supports, lifting tiles and deteriorating floorboards.

He added that the department had received advice from the structural engineer that the buildings were “structurally non-compliant and present a safety risk to occupants in the event of a cyclone” and that they should seek shelter at a cyclone shelter if that occurred and not re-enter the building until DIPL had advised.

Mr Meldrum did not mention in the letter the risk of injury to occupants and neighbours in the event of a thunderstorm or “high wind event”, as identified by the structural engineer in its reports.

One homeowner the NT Independent spoke with previously said he was frustrated by years of inaction by the developer and the NT Government, ultimately putting his home and family at risk.

Developer Bellamack Pty Ltd had pledged to help homeowners remedy the construction problems in 2014, but did not follow through.

Builder Titan Homes, now out of business, also pledged to help rectify the issues, however former owner George Milatos told the ABC earlier this year that he was only following the developer’s instructions when building the homes.

The architectural designer also denied any wrongdoing and the structural engineer has also since gone out of business.

Owners of the properties are currently in different stages of seeking compensation for the homes through two different government insurance schemes. 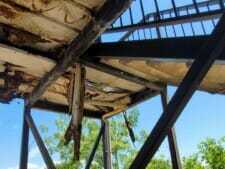