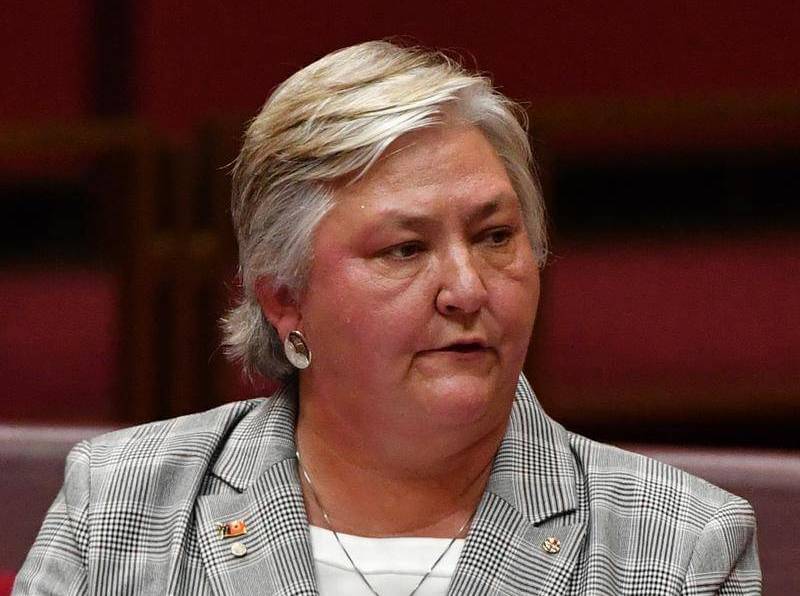 NT Country Liberals Senator Sam McMahon has lashed out at an ambitious solar project earmarked for the Barkly region – billed to be the largest in the world – labelling it a “great hoax”.

The $20 billion Sun Cable solar project, whose location was announced on Wednesday, is expected to take up 12,000 hectares of the 1,033,101-hectare Newcastle Waters Station currently owned by the Consolidated Pastoral Company.

Supplying energy to Singapore via a 4,500-kilometre undersea high voltage direct current transmission cable, the project has been heralded by the NT Government as the linchpin for a much-needed economic and environmental boost for the NT.

Despite a global transition to renewables, the plans, however, have earned the ire of the Senator.

“Renewables are the dole bludgers of the the (sic) energy mix. They are a great hoax perpetrated by the industry on the gullible,” Ms McMahon posted to social media last night.

“Yet this Gunner Government thinks it is a great idea to take up huge tracts of productive land, build a solar farm of non-recyclable panals (sic), the size of which the world has never seen, in an area that is totally hostile to solar panel efficiency and run a 4500km extension cord to Singapore.

“If you think that is a good idea, I have a small block of land with awesome views on Jupiter I’m prepared to sell you at a great price!”

The remarks conjured more than 65 comments in less than 15 hours.

“Go back to Jupiter. Your logic is not based on any economic facts in the current electricity market in 2020. You would do better turning off Sky After Dark and seeking advice on where the smart money in electricity is going not where it used to be,” one person commented.

“Hey Dr Sam – the Federal Government, your government, granted the project of major project status earlier this year. It’s a great opportunity for the Northern Territory,” said another.

“Surely you do not have a doctorate in a science of some kind?”

“If they are a hoax why do the solar panels on my house produce enough energy to ensure I haven’t got an electricity bill in the five years since they were installed? What cave did the CLP find you and these ridiculous ideas in?”

The risks of “high levels of Gamba Grass growth” were highlighted, however, as well as the inevitable dilemma of recycling solar panels.

“Imagine when those panels reach their use by date how do we dispose of them responsibly everything is short term gain long time pain. We should be looking for something that will last for 50-100 years that can be updated along the way,” one person said.

It is not the first time Ms McMahon has condemned renewables.

In her maiden speech to parliament last year, she lashed out at renewable energy, as “a hoax of immature technology replacing safe, clean, reliable and inexpensive power stations.”

“The quiet Australians are no longer content subsidising fanciful ideas that have been uncovered as fraud,” she said.