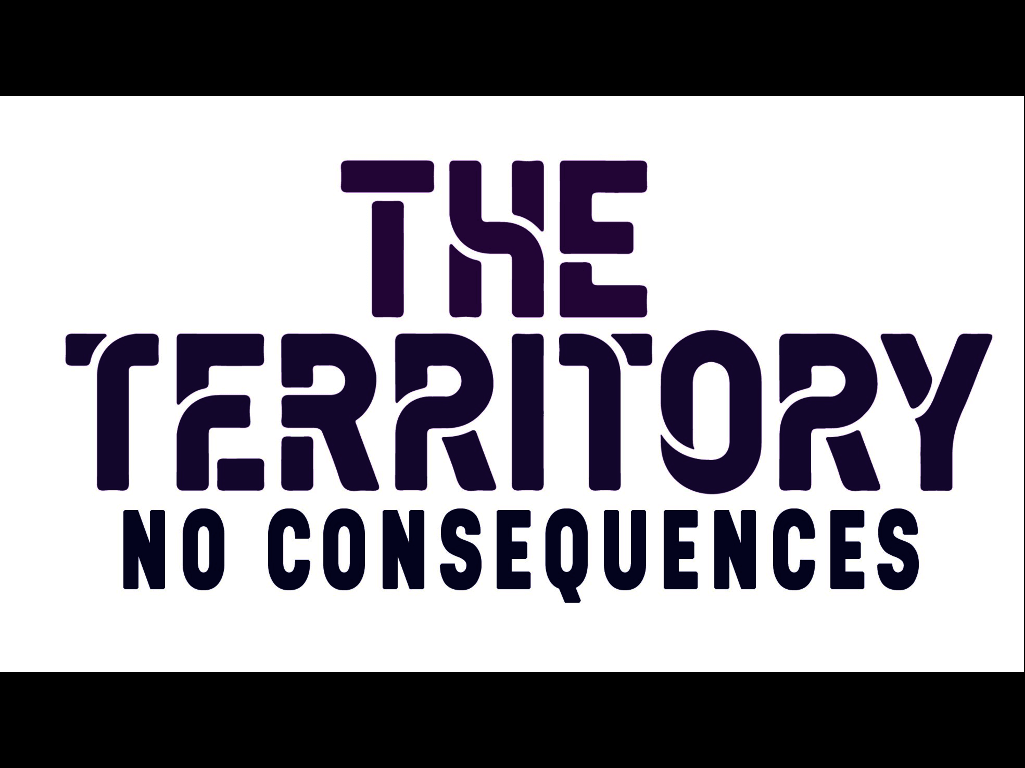 Another week in the Territory and now we are welcoming Australians home. From helping those stranded overseas, to the new Centre for National Bullshit, to the Territory being the undisputed No Consequences capital. This is what is is good and what is gammon this week.

Scott Morrison announced on Friday that they Federal Government is going to use the Howard Springs facility to quarantine Australians who have been stuck overseas because of COVID-19. It is not the first time the Territory has done this of course, but it is great that the NT can help our fellow Australians.

About as gammon as it can get

For some reason, that could only be explained by the spin doctors of the dark arts on the fifth floor of Parliament House, Chief Minister Michael Gunner is now calling the old Inpex workers’ camp the Territory’s Centre for National Resilience. Now enough bullshit comes out of that particular spin factory to fertilise every cattle station in the Territory. For those playing at home, that’s about 596,542sq km, which is more than 19 Belgiums. Anyway, it fits into the category of one of the dumbest things we have ever heard come out of any of these political Dumb Factories ever. And the bar is set pretty high so we have to congratulate them on that. And just remember it is your taxpayer dollars paying the people that are coming up with these ideas. It’s a credit to us all. Credit also needs to go to the Chief for the courage to say it out loud despite every neuron in his brain hopefully sending electrical-chemical messages, saying: “This is stupid, do not say this!”
We know they think we’re all stupid but we would need to have been mass lobotomised to swallow that buljit.

The fifth floor Spin Doctor Factory is The Centre for National Bullshit.

Move to the Territory, home of No Consequences

The Chief is keen to attract more people to live in the Territory to help us be the “Comeback Capital” (see above reference to political Dumb Factories). As we know, the Territory is the place of no consequences. And as the NT Independent is always fighting to make the NT better, free of charge, we are giving the Gunner Government a new marketing campaign to replace the completely not nonsensical Boundless Possible. And we haven’t cost you $250,000, nor did we steal it off Dubai. 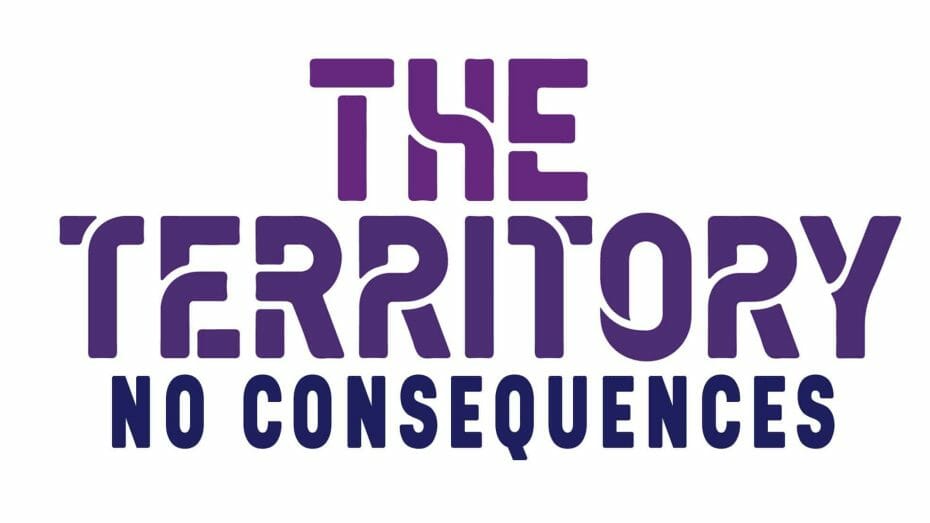 “Telling our modern story through the new brand for The Territory. No Consequences gives the people of the Territory a common narrative, a language to rally behind, something that truly articulates the essence of what it means to be a Territorian.

“There’s a place where there are no consequences.  One place left in the world with enough silence to cover your misdeeds. And enough space for corruption and incompetence, for your ideas to come to life. A land alive and inspiring; where we don’t just dream of lying. We thrive on it. In the Territory, thinking big with corruption and incompetence is nothing new. It’s what we do. Of birth and rebirth. Creation and recreation. The corruption-busters and those to hold our negligence to account never came this far. Instead, it’s home to people like us, those who saw the boundless potential of this place. Here, you can create a new business from your public service or Minister’s desk, propel your career, and make a real impact on your fat, fat bank account.

“For this is a land where ambition, deceitfulness, and a lack of qualifications, live in harmony with lifestyle and the moments that truly matter. Because the Territory gives you the time and the space to pillage from the public purse in ways you can’t anywhere else. Within the public service. Within the world of government contracts. And within your own electorate office. Here, you feel what it’s like to be part of a collective of wrongdoers and incompetents. Where stealing or lying is seen as innovative thinking, simply referred to as ‘getting things done’. It’s a place where you hear ‘give it a go’ a lot more than you hear ‘you’ve broken the law’. And you see what can be achieved when no consequences is the ambition…it’s a shared history and a way of life. To be a Territorian is to understand we’re not bound by ethics, morals or the laws around white collar crime, we grow from that tradition. It’s caring more about what we can get as individuals… than the people we are stealing from. And above all else, it’s knowing as we walk the road less travelled, together we’ll create our own No Consequences.”

On Friday the Independent Commissioner Against Corruption, Ken Fleming QC published his latest findings that found public sector employees who have engaged in serious wrongdoing and resign before disciplinary proceedings are completed can continue to serve in the public sector because agencies have limited ability to find out who’s resigned while subject to disciplinary processes.

He talked about systemic issues in recruiting in the public service, the lack of criminal record background checks going on and the dropping of the ball on checking qualifications.

Obviously it would take the rest of the space available in the entire internet to show all the individual cases of No Consequences in the NT, but we will show you one of the more recent examples just to give you a flavour of how everyday this sort of thing is in the Territory.

Recently structural engineer John Scott, who certified non-compliant concrete for residential multi-storey buildings in Darwin and Palmerston, raising serious safety concerns, was found guilty of professional misconduct by the Building Practitioners Board.  I hear you say, see ‘there are consequences’. But the board only fined him the MAXIMUM $6,320 and revoked his registration as a structural engineer despite the potential millions in rehabilitation costs, and in one instance, what was described as a “catastrophic failure” of a building. That’s right a MAXIMUM $6,320 fine and his registration revoked. What a massive punishment. But that is just the start of the no conquencesness of all of this.

A loophole in the inquiry process meant that the building board could only inquire into two of eleven properties alleged to have been non-compliant, due to Mr Scott’s registration as a structural engineer being suspended in July 2019 after his indemnity insurance was cancelled. According to the NT Building Regulations Act, the board can only investigate the work of an engineer dating back three years before their registration was cancelled.

Did we hear Labor or the CLP come out and say that loophole was going to be fixed? No consequences.

Mr Scott refused to participate in the board’s inquiry, suggesting it was a “witch hunt” and that his “current state of impecuniosity” – lack of money – prevented him from engaging with the inquiry. The inquiry heard Mr Scott had delayed handing over crucial documents and certificates to investigators for months citing “family issues, travel overseas, business commitments and illness”, as well as tech problems receiving emails. No consequences.

The inquiry also found the NT Government’s director of building control was aware of credible allegations of professional misconduct by Mr Scott in 2014, and delayed referring the matter for years. No consequences.

A 2019 ABC investigation found the Department of Infrastructure, Planning and Logistics had received a “final assessment report” in January 2018 into allegations of misconduct that concluded that nine buildings were “non-compliant with the NCC”, but inexplicably waited 15 months before publicly disclosing the serious public safety issue. No consequences.

Let’s not forget the Infrastructure Minister Eva Lawler’s comment that everything has been fixed up now and it is all good? Is it really? No, it’s not. No consequences.

The Government’s own No Consequences

In the middle of last month the NT Government quietly awarded a contract to retroactively certify TIO Stadium – just weeks after allowing thousands of footy fans into the uncertified facility at the Dreamtime game – and more than a decade after first becoming aware the building had non-compliance issues.

The NT Independent revealed in the week before the big game that the stadium had no occupancy permit and was not properly certified, according to internal government documents, that showed rectifying certification concerns had been inexplicably put-off by bureaucrats since 2009.

The stadium was built in 1990 but the government has not been able to produce an original building permit or certificate of occupancy from the time of construction. That is 30 years of continued no consequences.

We bow down to the masters of No Consequences, the Northern Territory Government; showing everyone how it really should be done.

We look forward to bringing you more installments of our exciting No Consequences, proudly brought to you by the NT Government.

If you have examples of no consequences, email us at [email protected]