Fyles says public expects Turf Club to pay back $12m, but would not commit to enforcing it 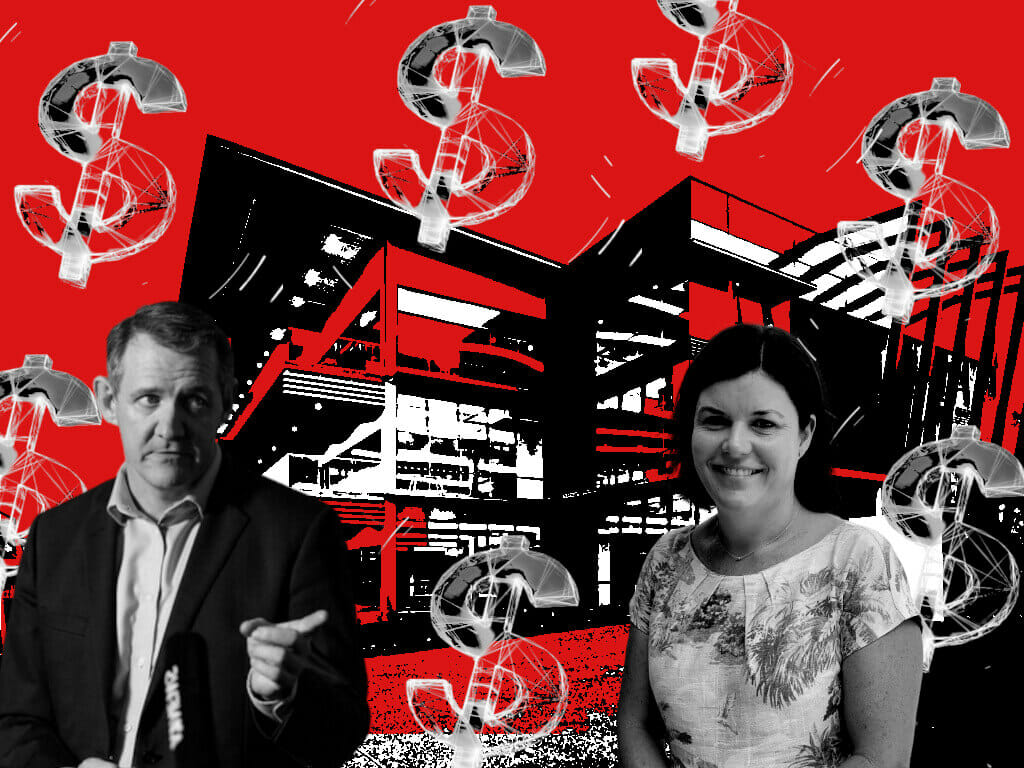 NT Racing Minister Natahsa Fyles has refused to say if the Gunner Government will seek to recover the $12 million grandstand funding from the Darwin Turf Club despite the Chief Minister vowing to get the money back, while Opposition Leader Lia Finocchiaro said money should not be ‘clawed back” from community organisations.

Ms Fyles made the comments about the return of the money while on Mix 104.9’s The Week That Was segment on Friday, appearing with Ms Finocchiaro.

Her comments seemingly represent the second back-down on Chief Minister Michael Gunner’s two major responses to June’s ICAC report, where he denounced the behaviour of the Turf Club board at a press conference held before the media had a chance to absorb its contents. Mr Gunner has banned the NT Independent from government press conferences.

Last week, the Turf Club held a Special General Meeting to elect new directors after the majority of the board resigned at the request of Mr Gunner following the release of the ICAC report into the $12 million taxpayer-funded grandstand debacle that raised corruption matters around former club chairman Brett Mr Dixon’s company being awarded the contract to build the grandstand.

Mr Dixon and Damien Moriarty, who both had adverse findings made against them by the ICAC which they are disputing in the Supreme Court, refused to stand down from the board.

Rob Longuet also refused to stand down, but all three were removed from their roles by the club’s membership in a resounding vote, with Mr Dixon coming last in the ballot.

In reporting on the vote last Wednesday, the NT News quoted an unnamed spokesperson for the Chief Minister who said Mr Gunner still intended to recoup the $12m grant, stating it would “restore public confidence”.

It is the second time in recent weeks that Ms Fyle’s comments have been at odds with the Chief Minister on important issues to do with this scandal. In the middle of last month, Ms Fyles told ABC radio that Mr Gunner brought the grandstand submission into Cabinet ‘under the arm’.

The week before, Mr Gunner repeatedly refused to confirm he was the minister who took the application to Cabinet, stating in a radio interview that he is “responsible for everything at Cabinet”.

After the ICAC report was released on June 25, Mr Gunner said the board had engaged in “improper conduct” by awarding Mr Dixon’s company the tender and also threatened to re-write legislation to give him sweeping powers to remove any NT club’s board members at his discretion.

In early August, the NT News reported that he backed down from changing the Associations Act.

In response to the ICAC report, he also said the $12 million would be “recovered” by a reduction in funding to the Turf Club over an unspecified number of years.

A third major response to the ICAC report by Mr Gunner involved the government investigating civil legal action against private entities or individuals that may have benefited from the grant on the basis of undisclosed conflicts of interest. While he named no one, the focus was assumed to involve now-former Turf Club chairman Brett Dixon and his company Jaytex Constructions.

The government seems not to have mentioned this again publicly, or given a progress update on any investigation.

When questioned on Friday about whether the Gunner Government was still planning on getting the money back, Ms Fyles said the industry needed to be supported as it was important, and refused to commit to forcing the Turf Club to repay the money.

“We want to make sure racing continues to attract people to the Territory, that it builds our economy, we welcome and congratulate those new board members,” she said.

“So we’ll meet with the board. I think money being recovered is something that the public expects but we will meet with that new board and hear from them first.”

Ms Fyles didn’t address specifically what the new board could say that would result in the government not seeking reimbursement, nor why the government had seemingly changed its policy from its very strong and punitive position in the wake of the damning ICAC report.

The minister and Mr Gunner did not respond to questions from the NT Independent, clarifying whether they would seek reimbursement of the money and, if not, what led to the change of decision, and who made that decision.

Ms Finocchiaro agreed with the idea the Turf Club should not have to pay the money back, saying on Mix that money should not be clawed back from community groups. She was also critical of what she said were the government’s repetitive and generalised answers to a series of questions the CLP put to them about the grandstand saga.

“It’s a desperate government falling apart on this issue. They’ve shut us down repeatedly in Parliament…they don’t want to talk about it at all,” she said.

“Because they’re happy to lie to your face over the radio or on television, they’re not happy to lie in Parliament.

“It’s a sad day for democracy when you have a government that will use every tool in the shed to shut down scrutiny and avoid questions.” 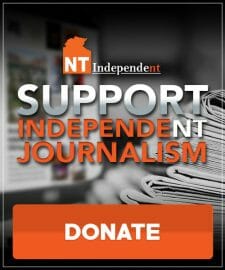 The NT Government provides annual taxpayer funds to Thoroughbred Racing NT, which then distributes the money to individual racing clubs. Ms Fyles and Mr Gunner also did not explain how they could intervene to direct TRNT to allocate grant money to ensure other racing clubs did not suffer, or whether they have the power to do that, or if it was appropriate.

Mr Gunner and Ms Fyles did not respond to another question asking about the progress of the investigation into civil action against private entities or individuals that may have benefited from the grant on the basis of undisclosed conflicts of interest.

ICAC Commissioner Ken Fleming’s report found Gunner’s Cabinet approved the grandstand grant application based on a letter by Mr Dixon that “gave vague details and inflated, inaccurate or absent economic and employment claims,” and that the whole process was “deeply flawed and affected by donations”.

Mr Gunner pledged to strengthen the ministerial code of conduct in the wake of the report to educate his ministers on proper processes.