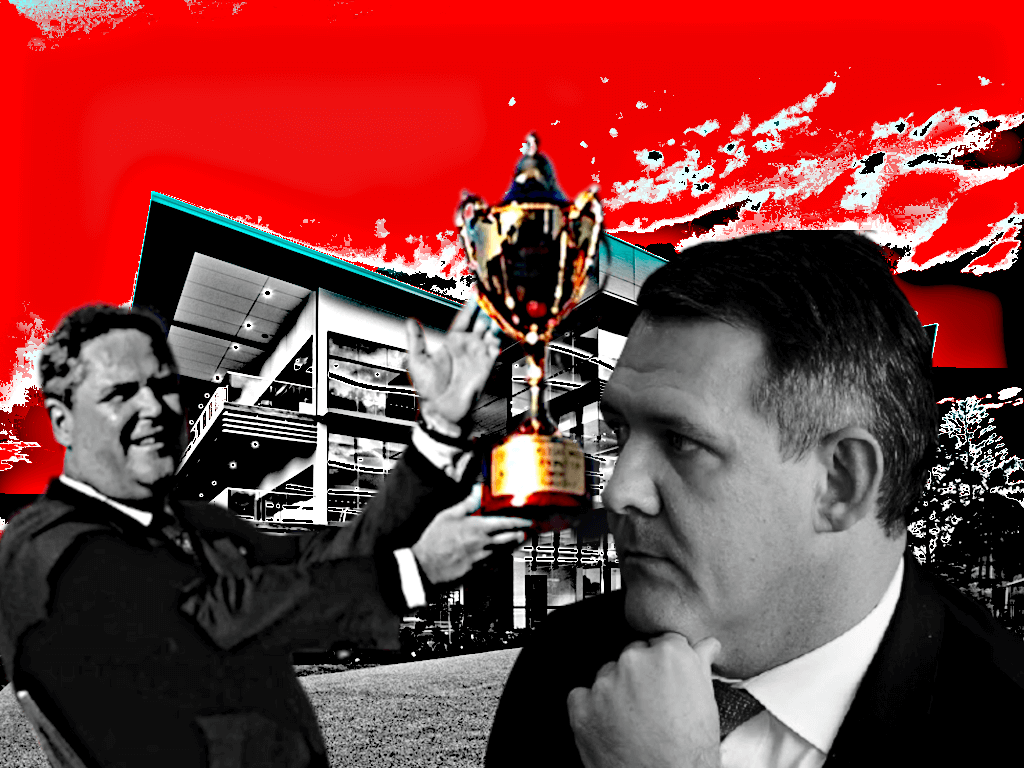 EXCLUSIVE: The NT Independent has obtained the full Darwin Turf Club submission Chief Minister Michael Gunner relied on to convince Cabinet to approve $12 million of taxpayer money for the grandstand, less than a day after receiving the document that the ICAC called “ill-informed and spurious”.

The document is 14 pages in total, but only six pages of actual “figures” and contradictory claims.

The submission (which can be read in full at the bottom of this article) clearly states that the DTC would not be providing any money to cover the costs of the project – which contradicts claims by Mr Gunner that the project was being treated as a market-led proposal, as an MLP would require the club to kick in money.

The document is full of unsubstantiated claims about the economic impact the grandstand would have on the Darwin economy.

Mr Dixon writes in the submission that the Darwin Cup contributes $2.08 million to the Darwin economy over the Cup Carnival weekend, which he claims could be doubled by attracting an additional “1,000 non-Darwin attendees”, which he inexplicably estimates will spend $2,087.70 each.

He does not provide any real figures to back up those claims or how he determined how much people would spend.

In another section, Mr Dixon claims that the Fannie Bay track has had “no new facility since the 1990s”, which contradicts his preceding statement that the new Silks lounge was under construction “and has a future motel to follow”.

He later also claims with no documented evidence that the construction of the grandstand is “expected to employ dozens” and would “provide an additional 100 effective full-time positions”.

The Gunner Government has previously said they approved the funding to create jobs but it’s unclear what jobs they were talking about.

$12 million figure not backed up with actual costings

“Our costings show we will need approximately $12 million for this facility,” Mr Dixon wrote, but provided no evidence to back up how the cost was arrived at.

Another page is made up of projected timelines for project completion.

“We believe that these new multi-purpose facilities will increase visitor numbers from interstate and overseas to the Darwin Cup Carnival period and provide additional increased economic value to the Northern Territory’s economy,” Mr Dixon wrote in conclusion.

“On behalf of the DTC I am seeking timeliness in the assessment of this submission for financial support of $12m for the building and fit-out of this proposed new multipurpose stand.”

He then provides six pages of designs prepared by Concept Designs – the company run by George Savvas which has done projects with Mr Dixon’s company Jaytex Constructions.

The submission ends with two letters of support from the project; one from Tourism NT chairman Michael Bridge and the other from Darwin Major Business Group chairman Ian Kew that were written a year earlier in June 2018.

According to the ICAC report, the submission was sent to Shaun Drabsch, the chief executive of the Department of Trade, Business and Innovation at 1:06pm that day.

“Haven’t read this yet, but here it is,” Mr Drabsch wrote in the email. “Talk tonight?”

‘I had no role in that submission’: Dixon

Mr Dixon was informed Cabinet had agreed to fund the project the next day, June 14, and thanked Alf Leonardi for his help in securing the funding.

He later told the Turf Club board that they were getting a new grandstand on June 18.

In his 11-page statement on the ICAC’s corruption findings against him, Mr Dixon said he had no knowledge of the submission, despite his name being on it, and having thanked Mr Leonardi for getting it approved.

“In early June 2019 the Chief Minister’s Chief of Staff was chasing me for a submission from the club in support of a grant application which I left in the hands of the club’s then Chief Executive Officer and Chief Financial Officer,” Mr Dixon said.

“I had no role in the preparation of that submission. It was completed on 13 June, my electronic signature was applied to it and a copy was sent to me after it had been sent to the Government.

“I had no knowledge that the submission was to be considered by Cabinet that day or at all. When I learned that Cabinet had resolved to award the Grant to the Club, I was very concerned that meant the Club somehow had to build a Grandstand within approximately 12 months, when no detailed design had been completed, no engineering assessment had been undertaken, there was no planning approval and no invitations to tender had been prepared.

Mr Dixon has launched a judicial review process in the Supreme Court to have the ICAC’s adverse findings against him overturned.