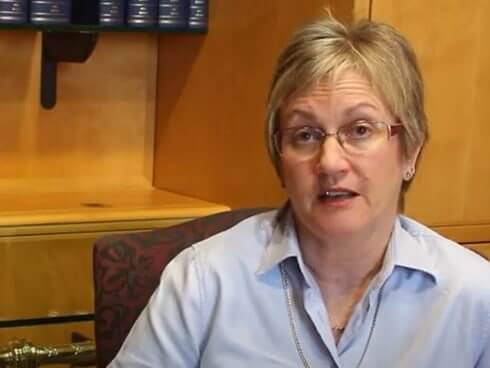 Former speaker Kezia Purick is suing the NT Independent Commissioner Against Corruption in a last-ditch legal effort to quash his findings that she acted corruptly and postpone criminal charges stemming from an investigation earlier this year.

Ms Purick’s legal action filed in the NT Supreme Court seeks to delay the ICAC’s referral of her matter to the Director of Public Prosecutions, and will also likely delay her referral to the NT Parliament’s disciplinary tribunal that also has the power to jail Members of the Legislative Assembly if found guilty of misleading Parliament.

According to reports, Ms Purick is seeking to quash Commissioner Ken Fleming’s findings that she acted corruptly by using the resources of her office as speaker to interfere in the establishment of a new political party and the findings that she later lied about it to the ICAC.

The action also reportedly seeks to block Mr Fleming from “personally conducting, or continuing to conduct, an investigation … into alleged improper conduct by [Ms Purick]”.

Ms Purick resigned as speaker in June after the report was handed down, but has claimed she was denied “natural justice and procedural fairness” throughout the investigation – a claim that was has been rejected by Mr Fleming.

His June report included transcripts of interviews the ICAC conducted with Ms Purick in which she was given the opportunity to explain the matter, but which Mr Fleming found Ms Purick used to deceive the investigation.

Mr Fleming revealed in September that his office had not yet referred a brief of evidence to the Director of Public Prosecutions in relation to the matter despite the understanding by many that it had occurred at the time of the report.

Ms Purick was re-elected to her seat of Goyder at the August 22 NT election despite suffering a massive 23 per cent swing against her by voters.

The unusual legal manoeuvre is reminiscent of the actions taken by former Labor leader Delia Lawrie who unsuccessfully sued John Lawler, the commissioner of the Stella Maris Inquiry to quash his findings, that ultimately resulted in the end of her political career.

While knowingly under investigation by the ICAC, Ms Purick attempted to establish and sit on a parliamentary committee that would have oversight of the anti-corruption body earlier this year. She denied at the time that she was under investigation, but conflicts of interest allegations were raised by independent parties after the investigation concluded.

It remains unclear if taxpayers are picking up Ms Purick’s legal expenses.