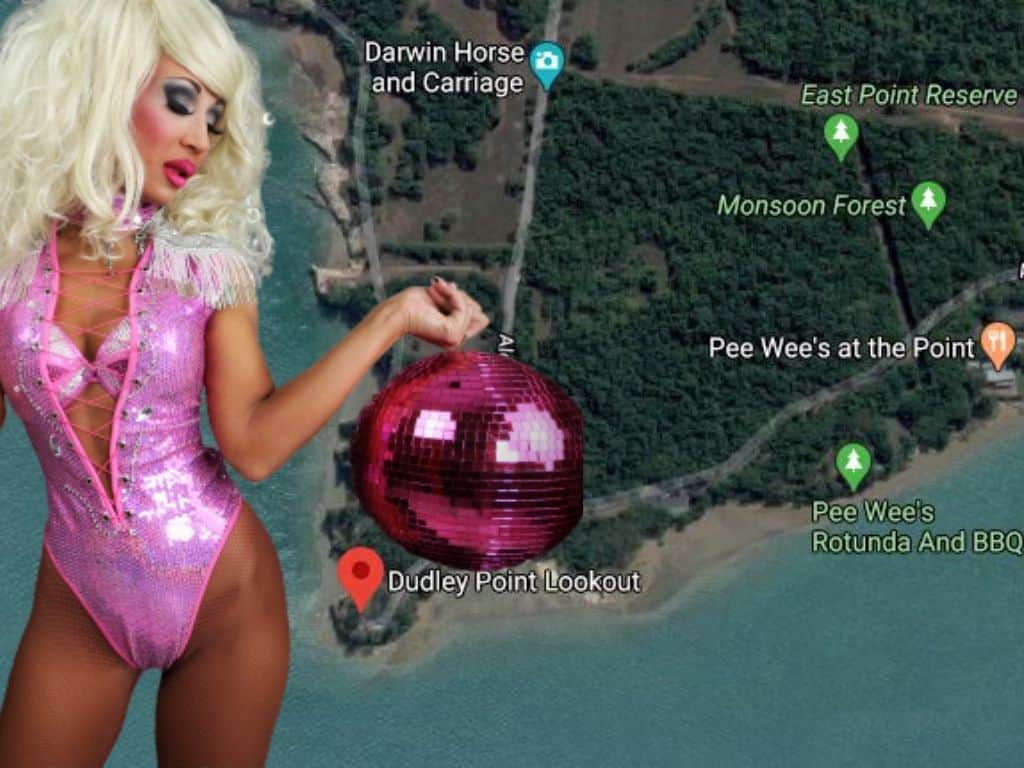 The owners of popular Darwin nightclub Throb are set to build a new entertainment venue at East Point Reserve.

The NT Independent can reveal the first details of the nightclub, which is proposed to be built near Dudley Point and is set to be called “Throb on Point”.

The U-shaped venue, which will be capable of housing 500 people, is set to be constructed facing the sea and be made from modular containers.

It will include a large dancefloor, stage, coloured pulsing spotlights and two large spinning mirror balls on towers.

The nightclub’s sound system will increase to around 95 decibels from sunset until closing time at 4 am on the weekend and a series of audio points along Alex Fong Lim Drive will automatically lower the volume if it becomes too loud.

The Mindil Beach Surf Life Saving Club, the Darwin Triathlon Club and the Fannie Bay Equestrian Club, who all operate in the area, were notified of the proposal last week and have significant concerns about the development.

“How is going to impact the environment and wildlife there,” a member from one of the clubs told the NT Independent.

“You’re also going to have a significant number of intoxicated people near cliffs and waterways and trying to pat the horses.”

The clubs were told the venue was set to open within the next month and will operate seven days a week until the end of October.

Opening hours will be from midday until midnight; except Friday and Saturday night when the club will have a liquor licence until 4am.

However the NT Independent understands it will still have to be approved by the Development Consent Authority. It could also potentially need an Environment Development Permit, which involves an expert independent party investigating an environmental site to find how it would be affected by the proposed development.

Entertainment is set to include “classic Throb shows” with food provided by Pee Wee’s at the Point.

Patrons will be able to access the new club via a free bus service which will do circuits from the carpark near Lake Alexander past Pee Wee’s, Fannie Bay Equestrian Club, Darwin Military Museum and then back.

Council first proposed the new venue be located in the Casuarina Beach area or the Gun Turret precinct, but the Throb’s owners preferred the area near Dudley Point.