Drug dealer sets fire to own vehicle after getting flat tyre 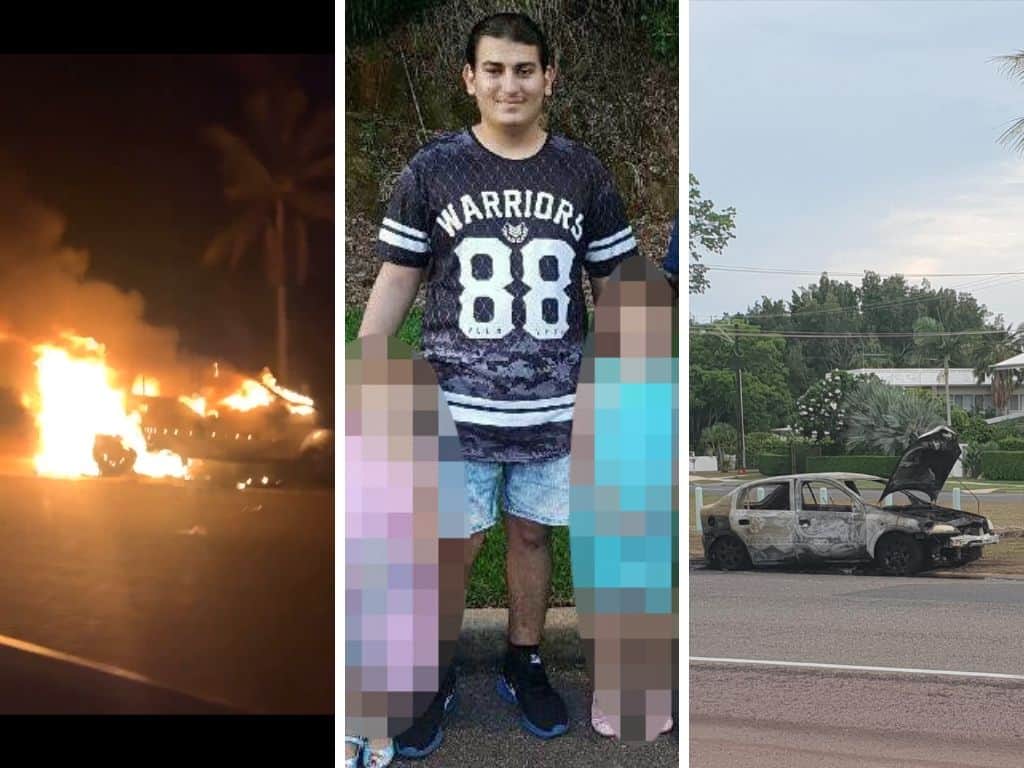 A Palmerston drug dealer set fire to his own car on New Year’s Day after getting a flat tyre and becoming “annoyed” when a wheel stolen from a nearby vehicle did not fit as a replacement, a court has heard.

Footage of Sakelaris Amorginos’ Holden Astra fully engulfed in flames on East Point Road was captured at 3.30am on January 1 and shared to social media by a passer-by.

The NT Supreme Court heard Amorginos, 19, had just purchased the car less than a week before and was driving in the Fannie Bay area in the early hours of New Year’s Day when the vehicle got a flat tyre.

Amorginos and a 16-year-old passenger then stole a wheel from a Toyota Camry nearby, causing $3000 damage to the vehicle, in a bid to get the Astra on the road again.

Justice Graham Hiley said Amorginos, who was under the influence of cannabis at the time, became frustrated when the wheel did not fit his vehicle.

“It seems that you got annoyed about that,” he said.

“You then set your own car, the Holden Astra, on fire. That caused your car to be engulfed in flames.”

Police found a thumb print belonging to Amorginos on the burnt-out vehicle and went to his house in Driver the next day.

They conducted a search of his residence and found 149.93 grams of cannabis, which equates to just over five ounces.

Some of the cannabis had been distributed into separate “deal” bags and a set of scales, a bong and a taser was also found in the house.

Justice Hiley said Amorginos had distributed 115 grams over that one-month period between December 1 to January 3 and had admitted to smoking “around an ounce” of cannabis “every couple of days”.

Despite this he said Amorginos’ chances of rehabilitation were good and sentenced him to 16 months in prison, fully suspended.