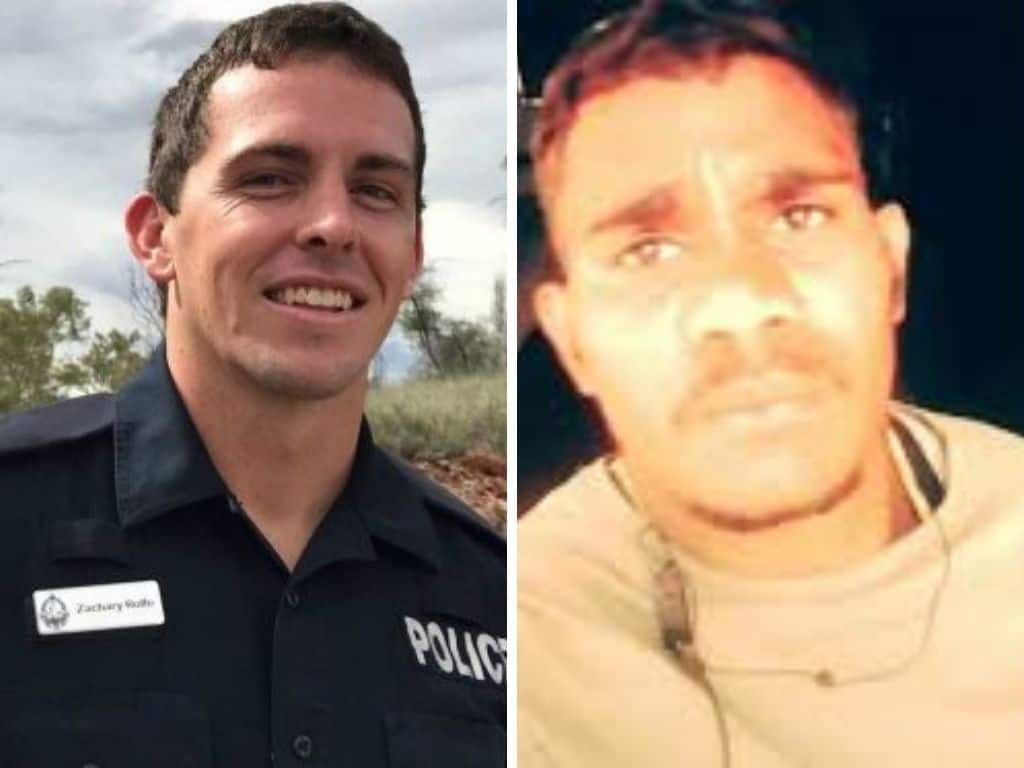 NT Police officer Zachary Rolfe will stand trial in the NT Supreme Court in Alice Springs charged with murder over the fatal shooting of Yuendumu teenager Kumanjayi Walker, after a long drawn out committal hearing that a judge found produced sufficient evidence to warrant a trial.

Mr Rolfe appeared on Monday by audio link to hear the judge’s final decision on whether there was enough evidence to commit him to stand trial.

Judge John Birch backed his decision with extensive detail, but the details of the decision cannot be relayed to the public after Mr Rolfe’s lawyers called for a suppression order.

Representing Mr Rolfe, David Edwardson QC made a suppression application on the judge’s decision stating the reasons “could potentially predjudice a fair trial”.

The prosecution made no application to have the order thrown out.

“It would be most unfortunate if the potential jury were to be aware of my reasoning process, which at the end of the day does not have particular relevance to a trial before a judge and jury,” Judge Birch said.

“I am satisfied that it would be at this stage in the interest of justice to suppress the reasons for my decision, other than my order that the defendant be committed for trial.”

Mr Rolfe is charged with one count of murder in connection with Mr Walker’s death in the remote community west of Alice Springs on November 9, 2019.

Mr Rolfe appeared via audio link from Canberra on Monday where he remains on bail and suspended on full pay, but was made to wait an additional four hours to hear the judge’s decision as the court dealt with a number of technical issues relating to the audio visual links on Monday.

Following a three-day committal hearing last month, Mr Rolfe’s lawyers made a last-ditch attempt to have the case thrown out of court by arguing Mr Rolfe acted in self-defence after being stabbed in the arm by Mr Walker with a pair of scissors during an attempted arrest.

“There is not a single piece of evidence that the prosecution has adduced in this case that suggests Zachary Rolfe did anything other than comply wholeheartedly with the very training that NT Police gave him,” Mr Edwardson said.

However, crown prosecutor Philip Strickland SC argued the defendant had failed to comply, “wholeheartedly” with police training in the lead up to the shots being fired.

The court had previously heard Mr Rolfe and his response team were supposed to be on an intelligence gathering operation, carefully planned out by Sergeant Julie Frost – the officer in charge of the Yuendumu police station at the time – on the night of the shooting.

The prosecution said evidence provided by another detective suggested Mr Rolfe should not have engaged with Mr Walker on the night.

“Or, alternatively, step back outside the house and engage in the containment, cordon contain strategy that is part of the defensive tactics, and negotiate a peaceful solution. None of those things occurred,” the court heard.

Yuendumu community members and relatives of Mr Walker had gathered in the streets outside of the Alice Springs court on Monday and cheered as Judge Birch’s decision was handed down.

The judge granted Mr Rolfe the same bail conditions and scheduled the next Supreme Court appearance for 8.45 am on November 25.