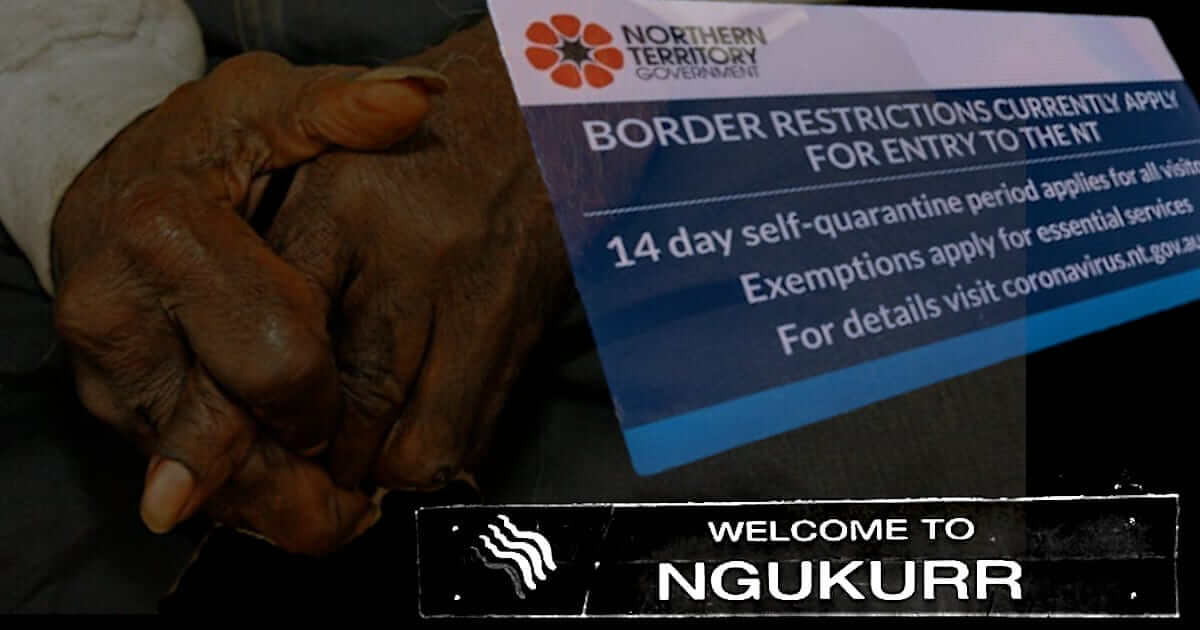 A 30-year-old woman who entered the Territory last week from coronavirus-stricken Melbourne was discovered working at a store in a remote community on Monday, in direct violation of self-quarantine orders, the government said.

It’s understood she entered the Territory on June 16, after travelling from Melbourne via Brisbane. But it remains unclear how she came to be working at the store in Ngukurr and what actions the government has taken to protect the community after discovering her.

Melbourne has suffered an outbreak of coronavirus cases this week, resulting in strict new restrictions put in place and warnings to avoid travel to the city issued on Monday.

The Gunner Government has faced criticism for not taking firmer action on the serious health risk and not making more information about the incident available to the public.

“The Northern Territory Health Department or other responsible agency needs to be able to demonstrate to that community and the whole of the Territory that they have taken appropriate precautions,” said Member for Stuart Scott McConnell. “At the moment, their precaution seems to be ‘let’s make sure as many people as possible don’t know about it’.”

Mr McConnell added that the government should conduct widespread testing in Ngukurr and those who had come into contact with the woman tested and quarantined.

“This would be very inconvenient for the individuals concerned, but considering the level of concern around this virus in remote and vulnerable Indigenous communities, it is the appropriate action to take,” he said.

It’s unclear if the woman who was in Ngukurr was in any of those hot spots and how long she was in the remote community before being discovered.

Victoria recorded 20 new cases on Wednesday, seven of which were linked to known outbreaks, one from an overseas traveller, nine were discovered through routine testing, and three are currently under investigation.

NT authorities did not state where the woman landed in the Territory, but it appears she was supposed to be self-quarantining in Katherine.

The government said during a check, police discovered her and took her back to Katherine to “complete her quarantine” order and handed her a $1,099 fine.

Authorities did not provide any further information on the woman and what, if any, precautions are being taken in the community.

“I worry about it ripping through a remote community and killing people”: Gunner

Chief Minister Michael Gunner’s office did not respond to questions on Wednesday.

He previously said his biggest fear was COVID-19 being discovered in a remote community.

“The thing that keeps me up at night is the risk of a second wave coming to the Territory because we all got complacent and relaxed the borders too quickly,” he said on May 22. “I worry about it ripping through a remote community and killing people. That’s what worries me the most.”

The “bio-security zones” that restricted internal travel to remote NT communities were lifted on June 5.

“I would be interested to know what isolation and testing measures were undertaken,” she said. “The government couldn’t have just moved her on and not taken further isolation steps for people she came into contact with, could they?”