‘Win-win for all’: Council’s response to EPA’s tyre fire punishment 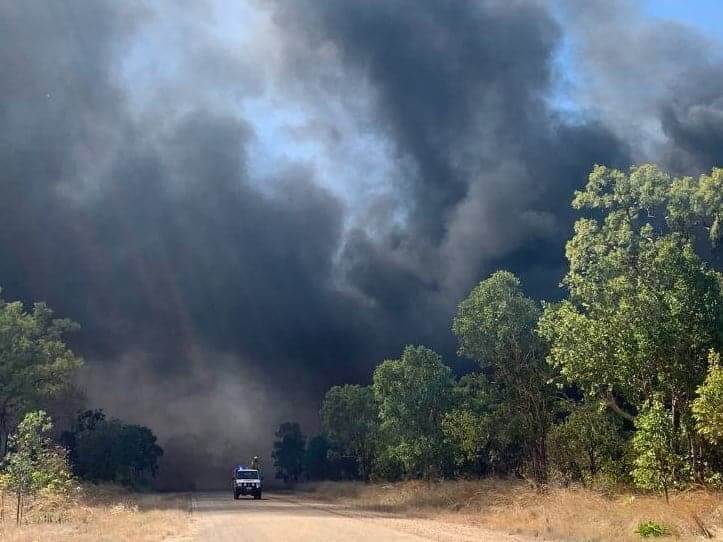 The council issued the public statement a month after the EPA’s determination, and despite signing a costly deal, the council has announced it is “very pleased” with the requirements of the performance agreement asserting it will be a “win-win for all concerned”.

An investigation into the Katherine Town Council was instigated last year after an illegal stack of about 300 tonnes of tyres caught fire on July 1, 2019.

The NT EPA found it “potentially committed a number of offences”. But rather than pursuing prosecution, struck a deal mandating the development and implementation of a waste management strategy, kerbside recycling and installation of an air quality monitoring station.

Toxic chemicals from the residual tyres, which continue to leak into the ground today, will need to be remediated as well.

The council has stated the agreement is seen as “being of great benefit to the Katherine community and enhances transparency between the council and its stakeholders”.

“The NT EPA could have pursued court proceedings against the Katherine Town Council, however, it chose to enter into a performance agreement available to it under the Waste Management and Pollution Control Act 1998,” the statement says.

The statement outlines the council’s commitment to a waste management strategy for the town, but neglects to mention the mounting pressure it is facing to fund a new waste management facility, estimated to cost $40 million, as the current one is at capacity and has reached its expiry.

“The waste management strategy outlined in the agreement includes the investigation of waste reduction, resource recovery and recycling, best practice landfill management, improving the environment and public amenity by considering actions to achieve carbon neutrality and reducing litter and illegal dumping. Many of these are underway.”

The council has yet to publicly disclose how the NT EPA’s measures will be funded, however, CEO of the Katherine Town Council Ian Bodill told the NT Independent last month the expenses would not fall on ratepayers.

Asserting rates are locked in for the next 10 years, he said council’s annual budget for waste – in the order of $1 million – would cover the costs, in addition to funding that the council has been putting away over the past couple of years in anticipation of the closing of the waste management facility.