‘Whoever was responsible got away with it’: Katherine council’s tyre fire costs won’t affect rates 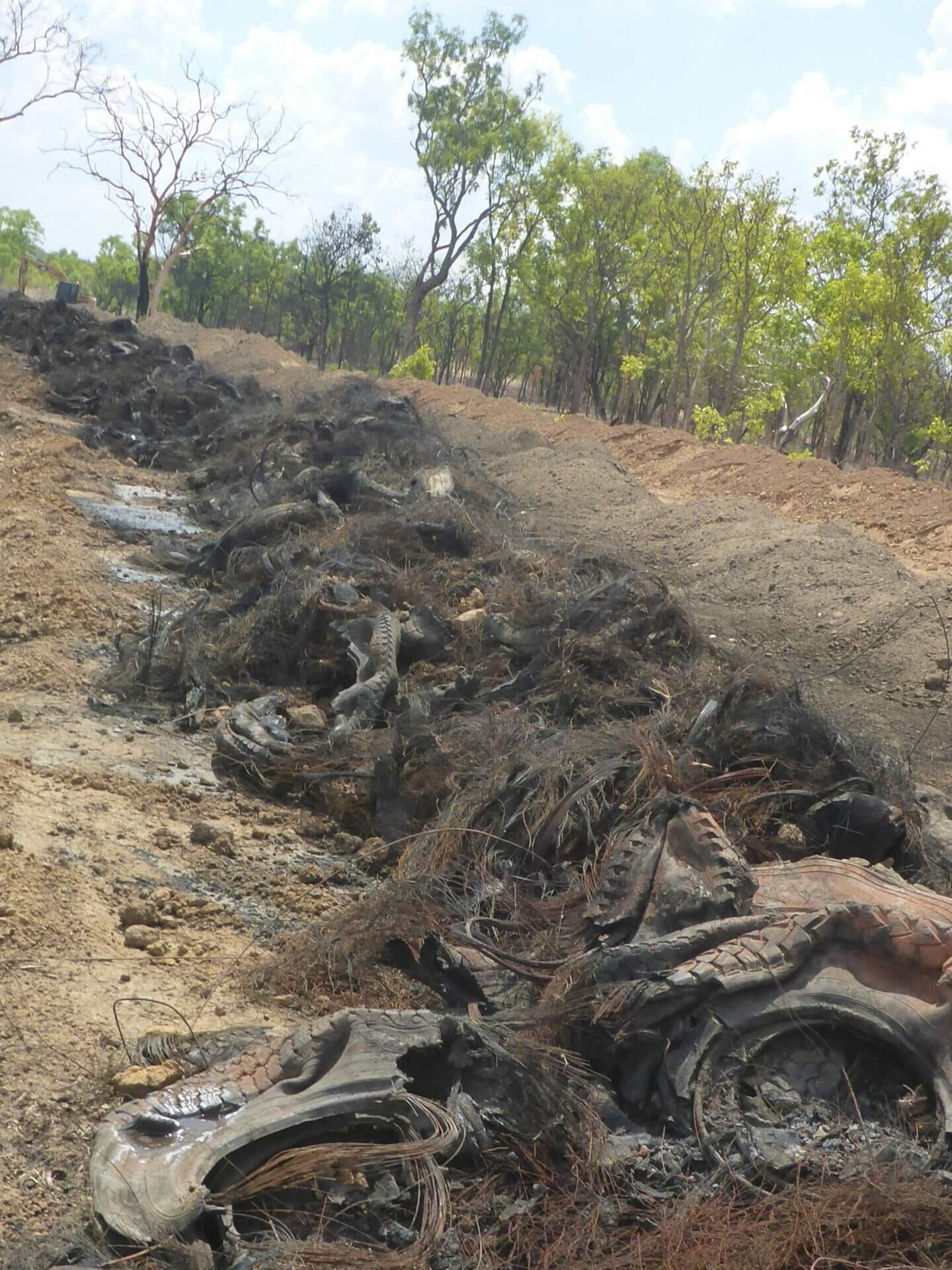 Rates will not rise in the small town of Katherine, council says, despite the town signing on to a decade-long agreement with the NT Environment Protection Authority requiring major environmental work, following last year’s massive tyre fire.

CEO of the Katherine Town Council Ian Bodill told the NT Independent rates are locked in for the next 10 years.

“There won’t be any increase as far as I’m concerned,” he said.

The NT EPA released its findings of a year-long investigation into the council this week over a fire that erupted after 300 tonnes of tyres were illegally dumped by the council on July 1, 2019.

The NT EPA found it “potentially committed a number of offences”. But rather than pursuing prosecution, struck a deal that would see the council enter a 10-year “performance agreement”.

The development of a waste management strategy, kerbside recycling and installation of an air quality monitoring station will be required.

While Mr Bodill said the council is “happy to be entering the partnership,” Michael Knight, long-term Katherine resident and the owner of waste management company M.T Bins, says the council has escaped lightly.

“Whoever was responsible got away with it,” he said.

“There was definite concern that rates would rise when the council was facing fines of $6 million, and there is definite relief there will be no increases to cover that.

“But these decisions have been made behind closed doors, tyres are still building up at the waste facility, and no one is being held to account.”

NT EPA chair Dr Paul Vogel said the commitments the council has agreed to will put the town “at the forefront in waste planning and management in the NT”.

The council has already installed an air quality monitoring station and will begin developing a waste management strategy.

It will need to provide annual reports on its “success” to the EPA and implement a kerbside recycling service.

The NT EPA reserves the right to trigger prosecution again if the agreement’s terms are not met.

Around 300 tonnes of residual waste remain at the site of the fire, which continues to leak toxic chemicals into the ground, and will need to be removed.

Mr Bodill said that waste will be buried at the Katherine Waste Facility, and have engaged Environmental Consultants EcOz to assist.

“It is an open book right now. We will start with community consultations to develop a strategy and we think this will make us the leading waste management operators in the NT,” Mr Bodill said.

He said the council’s annual budget for waste – in the order of $1 million – would cover the costs, in addition to funding that the council has been putting away over the past couple of years in anticipation of the closing of the waste management facility.

The need for a new waste management facility has been high on the council’s agenda for more than two years, as the current one nears capacity.

Mr Knight says tyres continue to stockpile at the waste facility despite commitments by the council to process them.

“The council set aside $180,000 to transport tyres south years ago, but the quantity left at the waste facility clearly shows they are not getting transported out,” Mr Knight said.

“The council charges the public money to dump them there and says they will deal with them, but that clearly hasn’t happened.

“There is still a long way to go.”