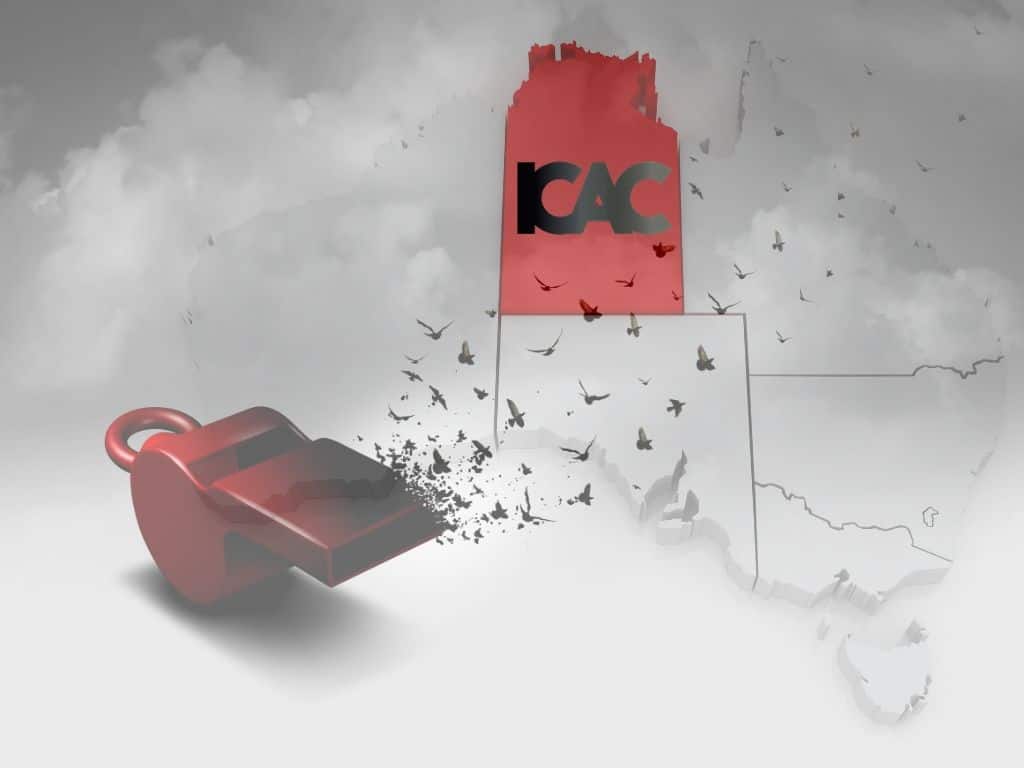 An NT Supreme Court decision to force the Independent Commissioner Against Corruption to reveal a whistleblower’s identity will have a “chilling effect” on future disclosers looking to expose corruption, a leading national anti-corruption expert says.

Justice Stephen Southwood ruled earlier this month that a whistleblower who had submitted evidence relating to an alleged historical rape in the NT Police Force should be named and their report handed over to the accused’s counsel.

The whistleblower will now also be subject to being called as a witness in the high-profile trial of former assistant police commissioner Peter Bravos.

Lawyers for the ICAC unsuccessfully argued that revealing the identity of a whistleblower could deter others from coming forward with information.

The whistleblower sent the report to what was then called the Public Interests Disclosure (PID) commissioner in 2015, which the ICAC has since replaced. The office of the ICAC assumed possession of the former body’s documents and will now have to hand over the information.

Professor AJ Brown, a leading corruption and integrity expert with Griffith University, told the NT Independent that the NT Supreme Court decision would have consequences for future confidential disclosures in the Territory.

“To have whistleblowers identified in court in this way is always likely to have some kind of chilling effect on peoples’ willingness to come forward, and undermine the whistleblower protection arrangements,” he said.

“This is why the whistleblower protection provisions place so much emphasis on protecting confidentiality and often also put a positive obligation even on courts to be very cautious about revealing or requiring the identification of such a complainant, unless they are actually part of the prosecution’s evidence – and even then, not necessarily in open court.”

Calls for improvements to NT whistleblower legislation made last year but not acted on; ICAC refuses to comment on ruling

Justice Southwood ruled that Mr Bravos’ defence team should have access to the whistleblower’s documents, including the identity of the informant, because “without the name being divulged, the defence would be deprived of a fair and complete … defence”.

But the discloser is not the complainant in the trial and questions have been raised over why the defence should be permitted to interview the whistleblower to determine motive.

Commissioner Ken Fleming had called for strengthening whistleblower legislation in his annual report late last year, but it appears the issue was not addressed in any meaningful way.

The ICAC’s media officer Daniel Hall declined to comment on what effect the Supreme Court decision will have on future whistleblowers, instead sending a motherhood statement about the ICAC’s values that he said was “not for publication”.

Dan Hall added that he “appreciated” the NT Independent’s “interest in whistleblower protection” but would not be providing official comment on the dangerous precedent raised by revealing a whistleblower’s identity.

16 out of 16 whistleblowers faced “reprisals” in the NT: ICAC report

The ICAC has been the subject of many conversations across the Territory over the last year, both in the public service and in the community, as many Territorians have raised their frustrations over the watchdog not releasing any findings in the nearly two years since the office began initial operations.

Concerns have also previously been raised over public service whistleblowers facing reprisals from their departmental bosses for coming forward with corruption concerns.

According to a report released by ICAC inspector Bruce McClintock late last year, 16 out of 16 public service whistleblowers who came forward with allegations of corruption had reprisals taken against them. The NT Independent understands however, that the reprisals had occurred during the Public interest Disclosure Commissioner’s reign, before the ICAC was established.

Mr McClintock said in his report that the figures had been provided by NT ICAC general manager Matt Grant, whose brother is NT Chief Justice Michael Grant.

“If that (figure) is the case, it is highly regrettable, and action should be considered by way of amendment to strengthen whistleblower protection,” Mr McClintock said at the time.

No action has been taken since the reports were made public.

“We know it is standard for those alleged to have committed wrongdoing to often seek to unmask everybody and anybody who may have had a role in bringing them to account, and discrediting them wherever possible, irrespective of whether it is actually necessary for the purposes of natural justice and to resolve the issues involved,” he said.

“This is just a standard reaction and defense tactic.  But the courts have a responsibility to keep this to a minimum in the interests of protecting healthy processes of law enforcement and justice.”

Editor’s Note: This story was updated to reflect that the 16 public servants who had reprisals taken against them had made disclosures to the PID office and not the ICAC.