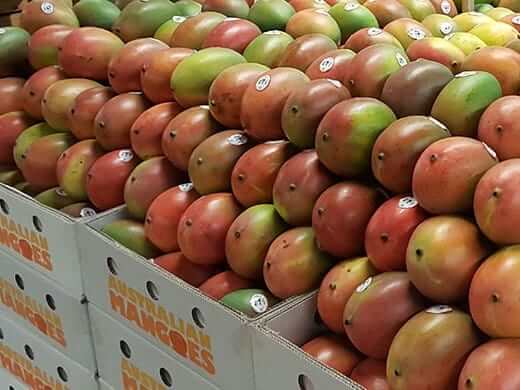 UPDATED: Up to 170 workers will be brought in from Vanuatu to pick mangoes in the Northern Territory under the seasonal worker program, and will be subject to mandatory supervised quarantine with the NT Farmer’s Association saying industry will pay the cost.

The workers would come from Vanuatu initially but Agriculture Minister David Littleproud said the trial may be expanded to other countries based on the NT Government’s evaluation.

Mr Littleproud said horticulturalists relied heavily on international backpackers to pick their crops but the restrictions on international travel because of the COVID-19 pandemic meant they would not have enough workers.

“The Northern Territory’s mango producers in particular are facing a rough road ahead without the workers they rely on for their harvest,”  he said.
“That’s going to come to a head when the mango harvest starts in earnest in September.

“No one wants to see fruit and vegetables wasted and this trial will help make sure that
doesn’t happen.”

Senator Sam McMahon told a press conference if the trial was successful it could expand to countries including  Samoa and Timor and hoped the Vanuatu workers would be here within weeks.

NT Farmer’s Association chief executive Paul Burke said the industry would pay for charter flights to bring in workers as well as mandatory quarantine, which would cost about $500,000 in total.

The Northern Territory chief health officer will have to give final go ahead for recruitment to commence.

However they gave no detail about how people in self isolation would be monitored or where they would actually stay.

According to the Federal Government’s Smart Traveller website from Tuesday there are no current confirmed cases of COVID-19.

The media release said the the Northern Territory Farmer’s Association forecast a shortage of 800 to
1,000 workers from this month and that the NT mango industry produced almost half of Australia’s national mangoes with 32,900 tonnes worth nearly $109 million picked in 2018-19.
It said growers would need also need to meet the “labour market testing” required under program.

Employment Minister Michaelia Cash said that in April the Federal Government announced temporary changes to visa arrangements allowing seasonal worker program participants to extend their stay in Australia and
continue working for up to 12 months.