Another two people have escaped from Howard Springs quarantine, NT Police have said, but no details were given about how they managed to abscond after Police Commissioner Jamie Chalker earlier this month said security would be upgraded.

They take the number of escapees from Howard Springs since November 26 to seven, and eight in total from NT quarantine centres in the same time period.

Acting Commander Virginia Read said two 16-year-old girls from Katherine got out of the facility about 3.30pm on Saturday, and police found them about 7pm in Bakewell using a drone, dogs, and CCTV operators. She did not say how they managed to escape, or exactly how they managed to find them. 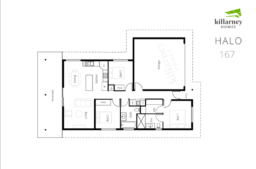 Act Com Read said the girls had negative results on their most recent COVID-19 tests, and were near the end of their quarantine period.

“The girls were actively avoiding police, however we were able to locate them through the great work by several different units and the CCTV operators,” she said.

The information was put out in an 11.30am press release but Mr Chalker was not at the almost daily COVID-19 press conference with Health Minister Fyles that was held at 11.50am today, and no journalist asked the minister about the escape.

At the start of December Mr Chalker told a press conference there would be extra CCTV cameras added at the Howard Springs quarantine facility and they would be monitored 24-hours a day after another escape.

He was talking about three teens (aged 15, 16, and 17) from the Binjari community who jumped over the perimeter fence between 4am and 5am and ran off before being found in Palmerston hours later.

He had told a press conference days earlier internal CCTV gave police “a pretty good line of site” in monitoring people who left their accommodation buildings.

“It is not a jail. People who are in there are not criminals,” he said.

People who break the chief health officer’s directions can face a $5,000 fine.

In the week before the teenage trio’s escape, police said a man had jumped over the quarantine centre fence about 6pm, and was found in a Mitchell St bar just before midnight.

Police said another man escaped on December 3, jumping to freedom about 10pm before being found at Humpty Doo about 2.50am.

While there was another escape in January of this year, that lasted only 15 minutes.

There was also a man who ran from the Todd quarantine facility in Alice Springs on December 3, and he was arrested eight days later, police had said.