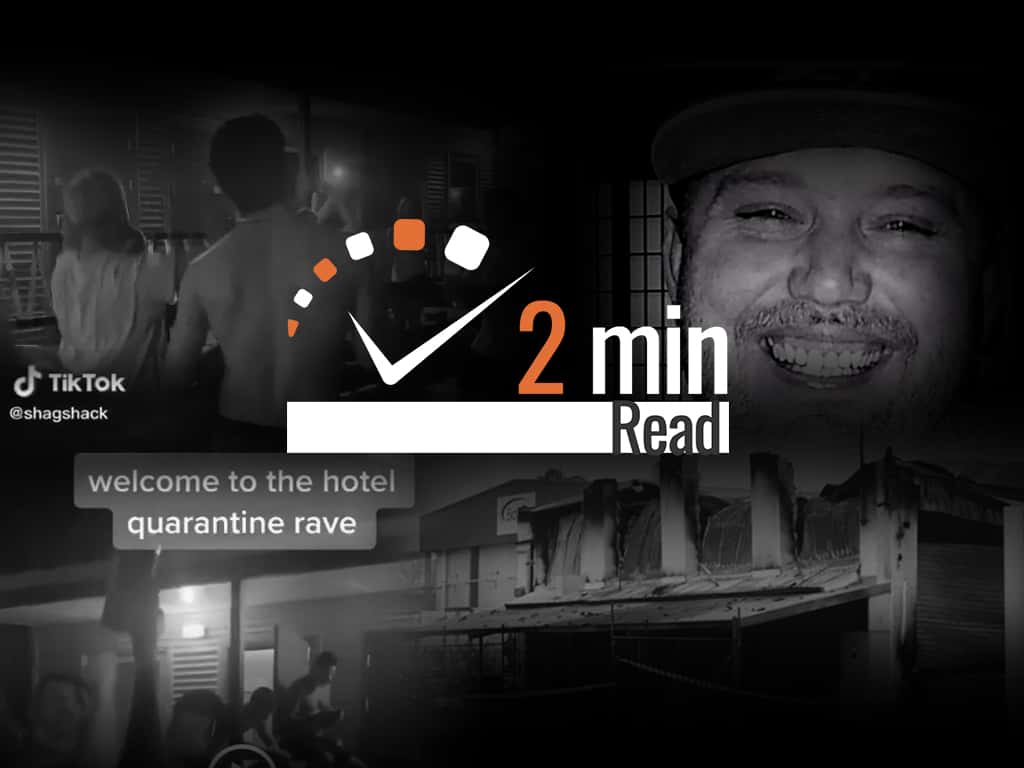 In case you missed it, we’ve made a two-minute roundup of this week’s top stories, from authorities urging Territorians to wear masks, to Sydneysiders freely coming to the NT, to a “hotel quarantine rave” in Howard Springs, to NT Oriental Emporium’s suspected arson, and human remains found at a remote NT cattle station.

The Northern Territory’s deputy chief health officer has reversed the government’s position of the past several months and has urged Territorians to wear face masks in busy public spaces following the announcement the NT will open its borders to most residents of regional Victoria in four weeks.

As it stands, people living in central and regional Victoria must spend 14 days in mandatory quarantine when they arrive in the NT.

But Chief Minister Michael Gunner today flagged a future change in regional Victoria’s hotspot status, with the exception of East Gippsland Shire, Mitchell Shire, greater Geelong, and the Macedon Ranges, on the proviso cases of COVID-19 remain low for another four weeks.

No quarantine for Sydneysiders coming to NT despite COVID-19 cases

NT deputy chief health officer Dr Charles Pain has said Sydneysiders will be free to come to the Territory without quarantine from tomorrow despite new COVID-19 cases in the city.

This is despite the Queensland Government on Wednesday giving the NSW Government 48 hours to find out where the three new cases announced in Sydney yesterday originated from or risk having the November 1 date for opening of the border between the two states pushed back.

A video taken from within the NT’s Howard Springs COVID-19 quarantine facility that shows revellers dancing closely, with some ignoring advice to wear masks, has been labelled as “dangerous behavior” by the president of the Australian Medical Association NT.

The short clip posted to TikTok on Tuesday, shows a group of about 20 people participating in the taxpayer-subsidised “hotel quarantine rave” to The Jam by Kideko for a birthday party.

NT Police suspect a fire that extensively damaged the NT Oriental Emporium in Coconut Grove was deliberately lit while the owners have said their worst nightmare had come true again.

“The matter is being treated as suspicious and is being investigated as an arson,” he said.