Good n’ gammon XXV: The now we have an international incident edition 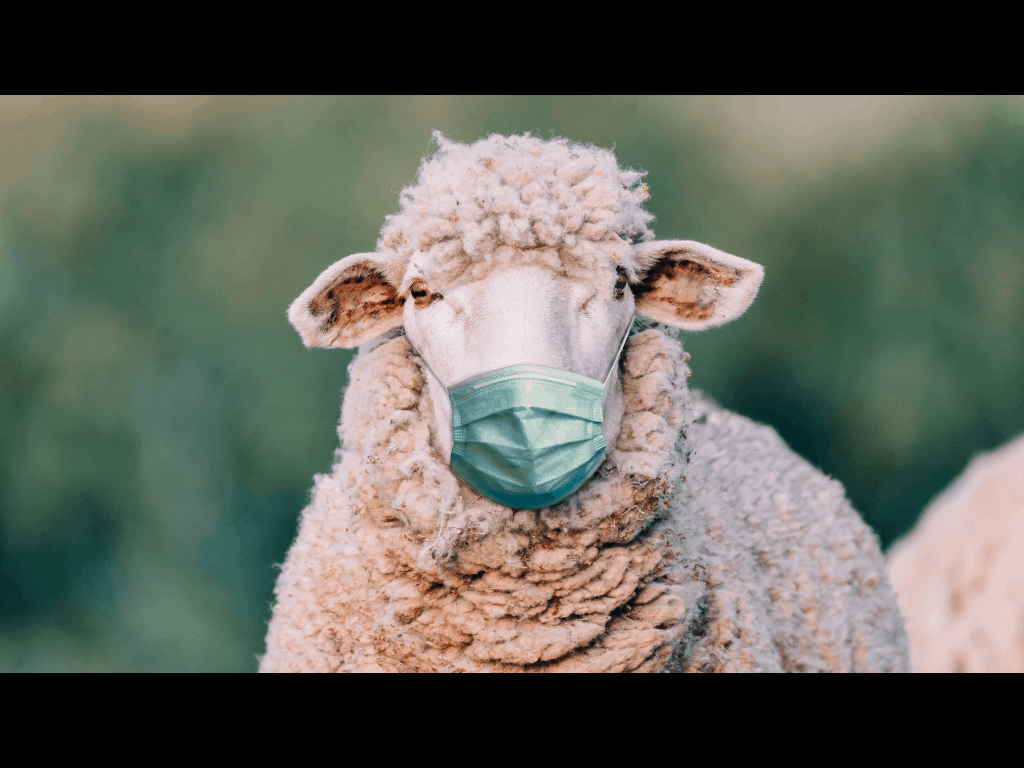 The Bureau of Meteorology has said Darwin recorded it highest daily October rainfall in more than 50 years.  And there has been rain in other parts of the Territory that will make some pastoralists, farmers and horticulturalists happy.

Pre-COVID-19 Chief Minister Michael Gunner was so unpopular, to quote Katie Woolf, people would have blamed him for the weather if they could.

Now it seems the New World Order is based solely on getting the Gunner Government – obviously a cabal of reptile illuminati – back in power under the spell of the hypnotic phrase: “Saving lives; saving jobs”.

Wake up sheeple, before it’s too late. 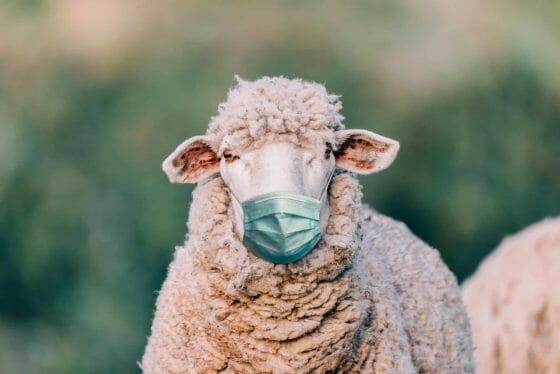 Come on sheeple. It’s a conspiracy.

And those who have the keys to the truth are being silenced. Who has seen chief health officer Dr Hugh Heggie recently? Does Di Stephens, the former deputy chief health officer’s name ring a bell? Where is she? And we would be concerned if we were you Dr Charles Pain.

Don’t you see sheeple, what is going on here!

The New World Order is gammon.

Guess who’s back? Back again. Elf is back. Tell a friend

Former NT Attorney-General and Corrections Minister and South Australian Dairyfarmers’ Association employee John Elferink popped up on the NT Independent Facebook page comments section with an essay-sized comment that looked to be influenced by Wikipedia, titled (yep it came with a title) War on drugs – It’s time to surrender. Of course he had the power to do that when he was the most powerful law officer in the Territory but didn’t. What has suddenly changed his mind? 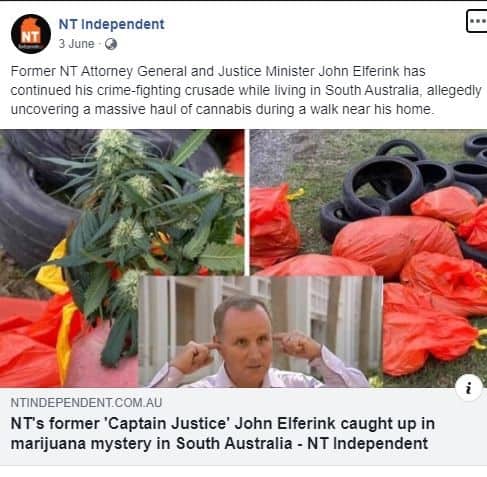 Does it have anything to do with his amazing find that could keep a man choofing for years?

It is 100 per cent a coincidence finding nine large plastic bags full of cannabis dumped on the side of the road and his new drug liberalism and we will not accept any suggestion otherwise. 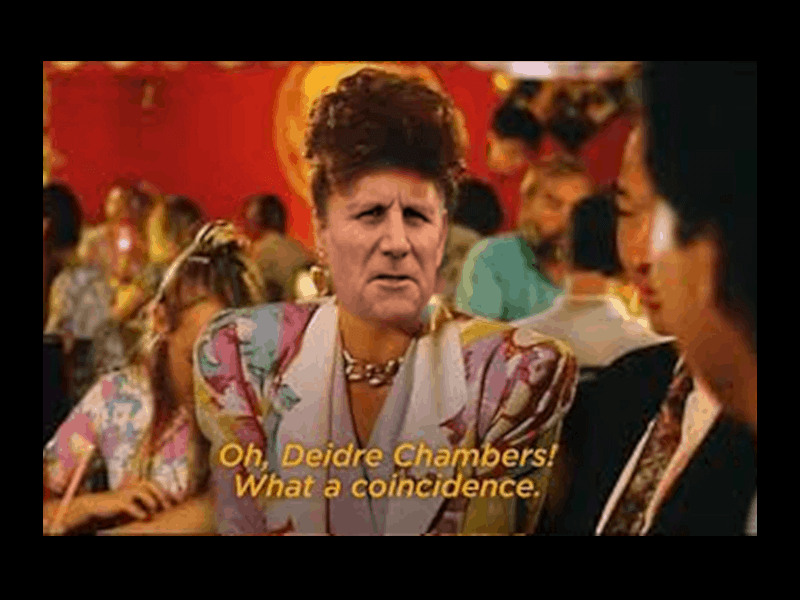 What you said was good n’ gammon

Rick Ute: This is what happens when you put money and profits before people, on both accounts.

Lorne Hamilton: Masks are gammon. Don’t let yourselves be bullied into wearing them.

Gill Mallins: Imagine wearing them in this humidity. No friggin way.

(Editor’s note: Terry ain’t much of a fan of the NT Independent but we are not sure who is called a dickhead in this instance. Terry, if you are reading this, let us know. Is it us? We bet it’s us.)

Katie Crane: Already pulling out the stoopid a month in to his next term

Waiting for the High Court judgement on hurt feelings

Hurt feelings can be even worse than a paper cut and the Chief Minister Michael Gunner, or as we now refer to him as Professor Gunner for his expertise in constitutional law, has hurt feelings and he has no problem risking the integrity of some of the NT’s pillar institutions of democracy to make himself feel better. 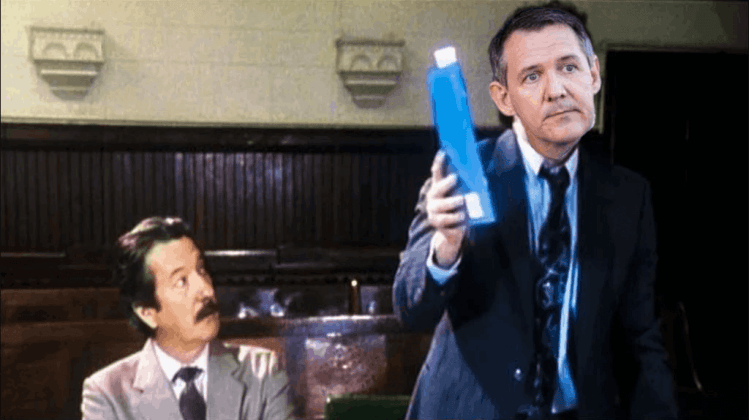 Last week the national broadcaster published an article, about the Gunner Government’s ban on the NT Independent with interstate experts condemning the assault on press freedom. This included Dean of Law at UNSW, and leading constitutional law expert George Williams: “There’s a question about whether the constitution has been breached and also the Self Government Act of the Northern Territory.”
When asked to comment on expert opinion that he may be breaching the Self Government Act and the Australian Constitution, Professor Gunner said: “I don’t agree”.

He shut down the issue when he was asked further questions about it.

But you cannot argue with his legal boffin qualifications with a Masters from the School of Hard Knocks, and a PhD from the University of Life. And the breathtaking belief in his own small town opinions.

The Chief Minister’s attitude to being questioned about press freedom is buljit.

Another week, another drama about freedom of the press. This week the US-based Committee to Protect Journalists, which advocates for press freedom worldwide, weighed into it, unprompted by the NT Independent. CPJ’s senior Asia researcher said: “The Northern Territory government should respect press freedom instead of punishing media outlets in retribution for their ownership.”

Oh well, as constitutional expert Taylor Swift sang: “You said it was a great love, one for the ages. But if the story’s over, why am I still writing pages?”

The embarrassment he is causing the image of the NT has eclipsed gammon, and spread past buljit. We are in uncharted territory.