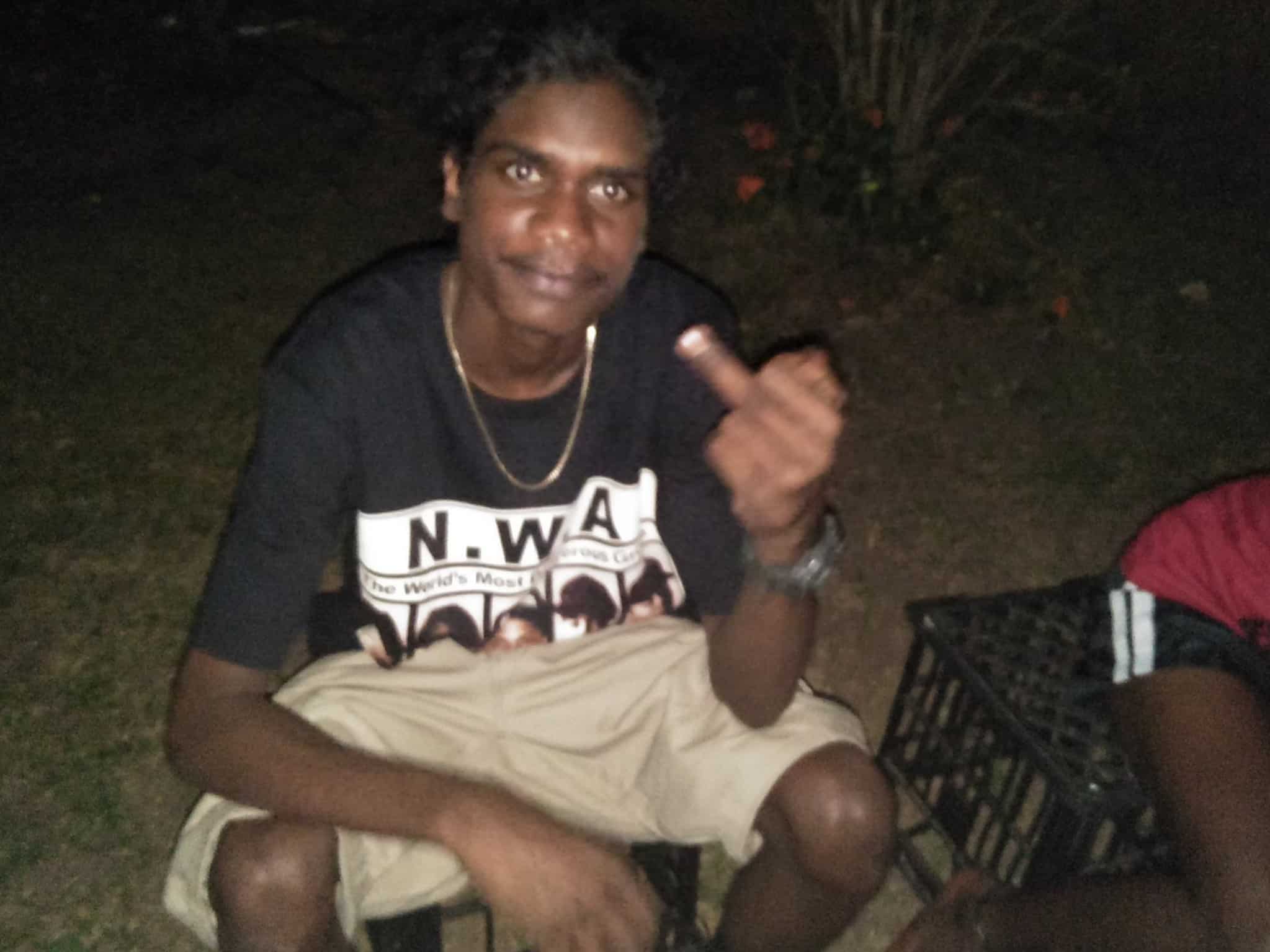 An 18-year-old who was jailed for a year after breaking the jaw of a security guard at Casuarina Shopping Centre in an unprovoked attack is allegedly a gang member involved in a notorious YouTube channel called “nt fights darwin”.

Cedric Kerr, who has a criminal record more than five pages long including four aggravated assaults, was already on a good behaviour bond when he broke the guard’s jaw in two places on Christmas Eve last year.

The NT Supreme Court heard Kerr had been drinking in the shopping centre underground carpark with his girlfriend when they started arguing, leading the security guard to approach the pair.

After asking Kerr to leave the centre, Kerr punched the guard in the face, causing a displaced right-angle fracture and a left parasymphysis fracture to the jaw.

In a video uploaded a month later onto the YouTube “nt fights darwin” channel, footage shows Kerr allegedly involved in a fight with another youth in the shopping centre’s underground carpark.

The video’s title depicts Kerr winning the fight, which is too graphic to describe or publish for viewing.

It was published on February 1, with Kerr taken into custody two days later on Febraury 3 for the December 24 assault on the guard.

The court heard Kerr was under a good behaviour bond for an earlier assault on his girlfriend on November 11 last year when the Christmas Eve incident occurred.

“The offending is serious, the attack upon the victim was unprovoked,” Justice Southwood said.

“The victim sustained a serious injury and he is still suffering from physical, emotional and financial impacts of that injury … (so) the offender’s moral culpability is high.

“He was on a good behaviour bond and on bail for an aggravated assault (on his girlfriend) the time he committed the instant offence.”

Justice Southwood sentenced Kerr to two years and three months in jail, to be suspended after 12 months.