Student paramedics and ambulance volunteers have been used in St John ambulances to deal with critical patients, including a person who had hanged themselves, and those who were suffering seizures or needing resuscitation, without supervision of an experienced paramedic, the United Workers Union has warned.

Union NT secretary Erina Early wrote to St John Ambulance director Andrew Thomas on June 19 voicing concerns from a significant number of members who have advised the union that St John had been making widespread use of student paramedics or volunteers, known as “ambulance assist” staff, which was “having a serious impact on my members and your employees”. 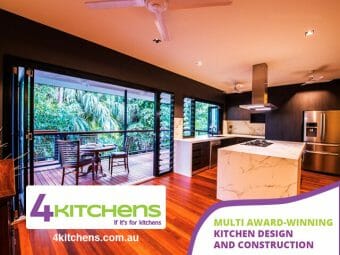 She said ambulance assist staff were originally advertised as being paramedic students, or volunteers with a minimum advanced responder level (which is the same level as a patient transport officer) and most have advanced first aid training, however they have only completed two days of training in driving and manual tasking, and were intended to be used to drive and help with stretchers and kit bags on scene.

They were initially funded to assist with the demands on road crews presented by COVID-19 beginning in January, after the Territory Emergency Operations Response centre asked St John to increase capacity for moving COVID-19 positive patients and selected close contacts in Darwin.

Ms Early said St John Ambulance had repeatedly advised the union, staff, and the public on numerous occasions that patient transport officers would be sent to semi-urgent or non-urgent patients, and only sent to urgent patients “by exception” and in those cases they would be provided with paramedic and, or ICP back–up.

“Members of all professional levels are advising UWU that this is not the case,” she wrote.

“We are informed by our membership that there is an increase of patient transport officers attending high acuity jobs, including patients in status epilepticus, post hangings and resuses (resuscitations) with delayed or no back up due to the unavailability of paramedic and ICP crews.

“So now you not only have patient transport attending high acuity job(s) by themselves, but they are also mentoring, supervising the ambulance assist (staff) on driving, navigating, personal safety, instructing on what to bring into each job, treating every patient, writing every case card and handover every patient for the whole shift.“

Ms Early said the union was told a patient transport officer and ambulance assist crew attended a resuscitation on June 18.

St John director Andrew Thomas declined to comment, but in a January press release, then acting Health Minister Nicole Manison announced $7.2 million in funding for St John for 45 additional positions to deal with an increased workload from COVID-19 and that recruitment was underway.

They were to be made up of 24 paramedics to staff new 24-hour ambulance crews in Darwin and Alice Springs; six more paramedics to increase the 12-hour Katherine crew to 24 hours; 10 emergency medical dispatchers; and five clinicians to provide oversight in the emergency communications centre.

The new positions were in response to union concerns in December of mixed crews of paramedics and patient transport officers, but St John said emergency ambulance crews would continue to consist of two paramedics following the new recruiting.

Ms Manison did not announce the paramedic students in the press release, or advanced responder-level trained volunteers would be used to transport COVID-19 patients.

In February last year, a Productivity Commission report showed paramedics were leaving the NT at a higher rate than anywhere else, with a  20.2 per cent attrition rate for the 2019-20 financial year.

According to the report, 36 paramedics exited the NT during the year – compared to only 44 in Queensland. Across Australia, there were 431 paramedics who left their jobs or 2.7 per cent of the overall workforce. It said there had been 179 reported full time equivalent paramedics in the NT.

In January Ms Barker was quoted in the NT News as saying the previous 20 months had been difficult.

“These additional staff will provide long awaited support to a service that has been working beyond its capacity,” she is reported to have said.

“St John NT has worked with the Department of Health to identify how we can best serve our community and ensure the safety and well-being of our staff.”

Ms Early said members had told her they had expressed their genuine concerns about the way ambulance assist staff have been used, and St John management told them they could treat the patients under the supervision of the senior clinician, who could be a patient transport officer with a Certificate III in Basic Health Care.

She said there has been one vehicle contracted for the COVID-19 transfers from the Howard Springs quarantine facility and Royal Darwin Hospital but with COVID-19 diminishing, it was regularly staffed with an ambulance assist staffer and a fairly new patient transport officer.

“However if an urgent job came in and they were the closest, or only available crew they would be sent to ‘hold scene’ until a more appropriate crew is able to attend; this could be anything from a resuscitation, a hanging, a motor vehicle accident, a child choking, sepsis, or chest pain,” she said.

She said the current situation meant it was less likely that paramedic and ICP backup was going to be available in a timely fashion for patient transport officers, and it became untenable when they were paired with Ambulance Assist staff.

“If this is the response we are getting from management then the average first (aid) trained civilian at home can provide the same care whilst waiting for a paramedic response,” she said one member told her.

“This is not fair. Not fair to PTOs and the AAs. Not fair to the members of the public calling 000 who don’t know the difference in PTOs and paramedics. I get that SJA are frantically trying to recruit but what happens when multiple [resuscitations] come in and all resources are used and there’s no one to respond?”