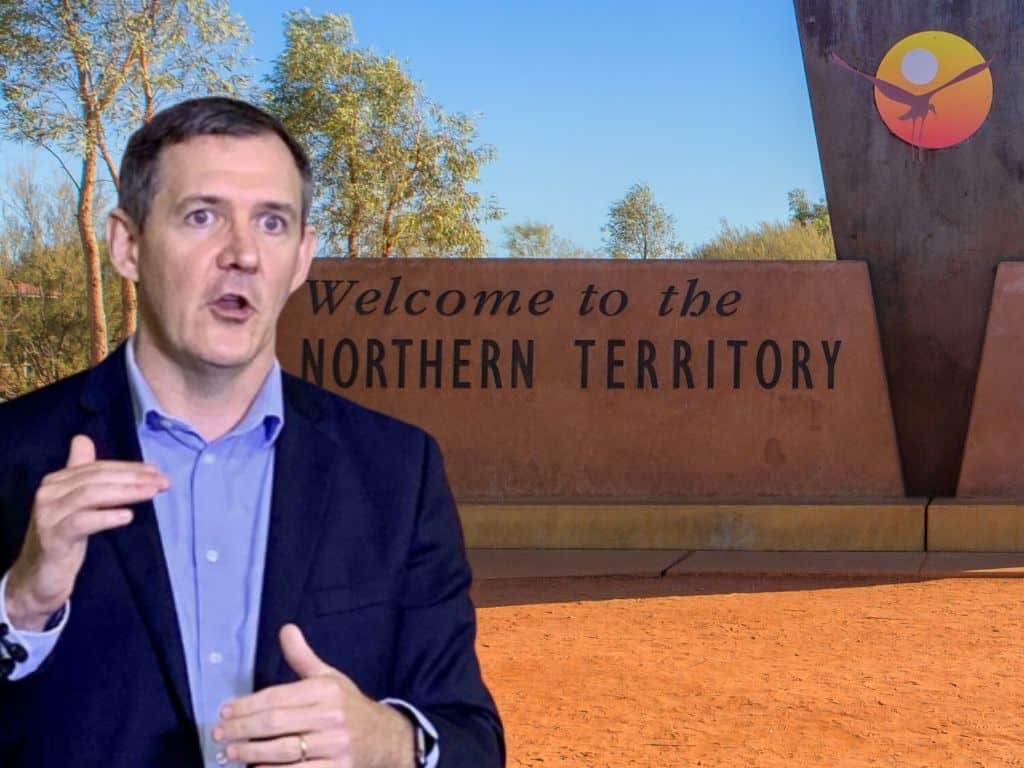 Tourism operators in the Northern Territory say they have been swamped with cancellations from interstate tourists who had booked to come to the Top End later this year, following Chief Minister Michael Gunner’s claims the Territory’s “hard borders” will be restricted for the next 18 months.

Tourism Top End General Manager Glen Hindley said a number of members made contact yesterday to say that they’re now getting emails pouring through, directly cancelling their trips. Some of the tourists were saying that they’re not from Victoria or NSW and they thought it was safe to come to the Territory.

“Words matter, language is really important especially in these fragile times,” Mr Hindley told Mix 104.9 Wednesday morning. “From a tourism industry perspective, shockwaves went out through the tourism sector when they heard that’s what has been said.

“On behalf of the tourism industry, I encourage all politicians seeking to get their names and brands out there in this election to be careful with their words and language, those have an impact.”

While referencing the NT’s border control measures on a national ABC broadcast Tuesday morning, Mr Gunner repeatedly referred to “hard borders” being closed for 18 months. But the NT does not have “hard border” closures in place and is instead operating under the hotspot policy which means people entering the NT from declared coronavirus hotspots will have to be quarantined for 14 days.

The NT is open for business to anyone not from Victoria and the Greater Sydney area, which are currently the only two hotspot areas declared.

“It was more of that blunt kind of language. It wasn’t that clear,” Mr Bruce told ABC Radio Darwin. “For example, people from South Australia are welcome right now and they are safe.”

Mr Bruce said that Mr Gunner’s border declaration was interpreted by many as meaning that domestic tourists are going to be potentially impacted for at least 18 months.

“That one really sent shockwaves through some of our sector,” he said. “It was just that blunt shot for 18 months at least; it did kind of hit the national media and reverberate around.

“Just to be the first in the country to be saying that domestically we’re going to keep our borders (closed) that long, that’s really a long way in the future. We just hope that continually they make the assessments weekly as they need to and it’s our job to get to the best we can once they set the rules.”

Mr Bruce also said that the Territory’s local tourism consumption is still going to happen and they are looking forward to booking Christmas functions in venues.

“We’re going to maintain the typical quiet wet season here in the Top End, in Central Australia (it) gets pretty quiet as well from November onward,” he said.

Meanwhile, NT Police Incident Controller and Acting Commander Shawn Gill said police had not been told of the 18-month timeframe, but added that police’s presence at the NT’s borders will be long term and not short term.

“All of our responses are in place based on the Chief Health Officer’s advice, essentially on the borders,” he told ABC Radio. “In terms of time, I don’t know any specific details regarding time but I suppose the important point is that people need to prepare for this. This is probably going for quite a while.”

Since the border regulations being relaxed on July 17, the NT police have recorded approximately 33,000 border arrivals with 20,000 by road and 13,000 by air, according to Cmdr Gill. He added 115 of the 150 infringement notices have been issued since the border restrictions were relaxed.