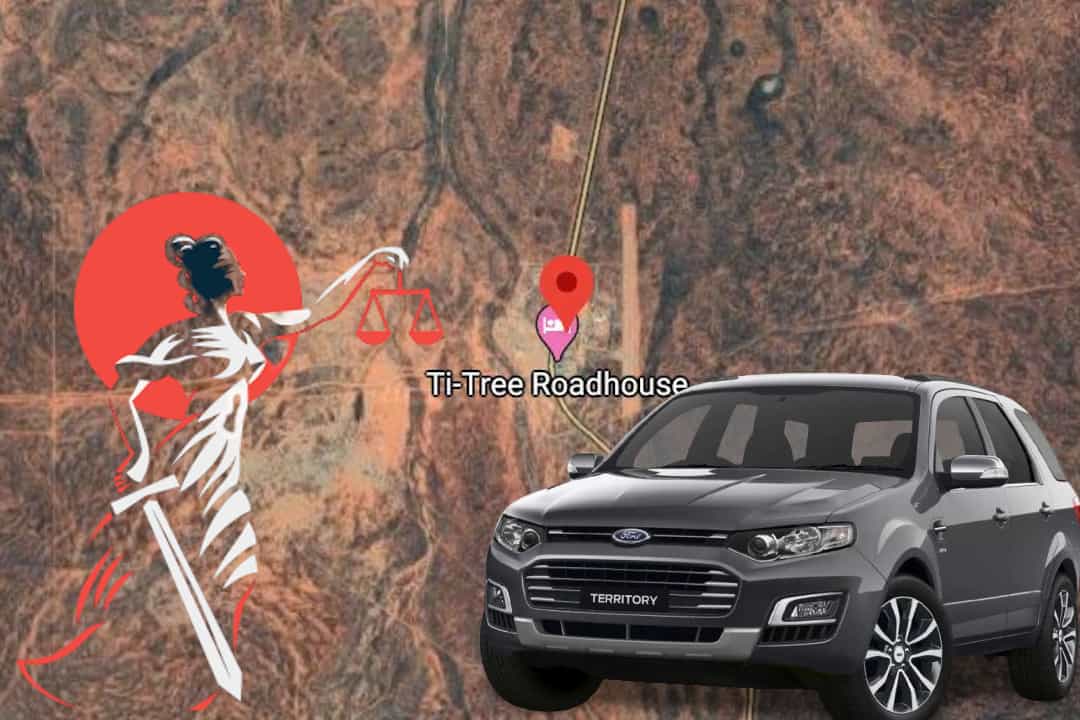 A father previously convicted of drink-driving nine times torched his ex-partner’s vehicle – complete with their daughter’s possessions in it – after she would not let him borrow it for the day, the NT Supreme Court has heard.

Ashley Williams, 51, was jailed for eight months after burning the Ford Territory SUV belonging to his ex-partner near Ti Tree on December 16 last year.

The court heard Williams was in the Central Australia region visiting his 16-year-old daughter and was driving his ex-partner to work in Ti Tree when he became angry with her.

Despite the fact his daughter and two other younger relatives were in the vehicle, Williams became agitated at his ex-partner after she said she wanted to let other members of her family use her car after he dropped her to work.

Williams began swearing at his ex-partner saying “why are you not letting me drive … you don’t want me to drive this car. I will burn this car.”

His ex-partner became concerned and called police, who could hear Williams shouting in the background during the call.

After dropping the passengers off, Williams drove down a remote dirt road 10km out of Ti Tree and set the vehicle alight, burning it down to a shell.

Police soon found the burnt out vehicle, which was still hot, and picked up Williams on the way back to Ti Tree, who signalled them to pullover.

Williams identified himself and told police, “I’m the guy you’re looking for. You were just looking at that burnt-out car.

“I know I’m under arrest. I’m giving myself up.”

The court heard property belonging to Williams, his ex-partner and their daughter were all lost in the blaze.

His ex-partner lost her mail, her bag and presents from her family, while their daughter lost clothing, footwear, personal photographs, a USB and CDs.

Justice Peter Barr said Williams committed the crime because he was denied access to use the car for the day.

“Thinking about what you did, I would characterise your actions as those of a frustrated man who had not got his own way,” Justice Barr said.

“You wanted to hurt and punish her, and you succeeded.

“As a result of your actions, your ex-partner no longer has her vehicle to travel to and from work and just to get around.”

The court heard Williams had amassed nine drink-driving convictions between 2002 and 2013 but had maintained a relatively clean record since.