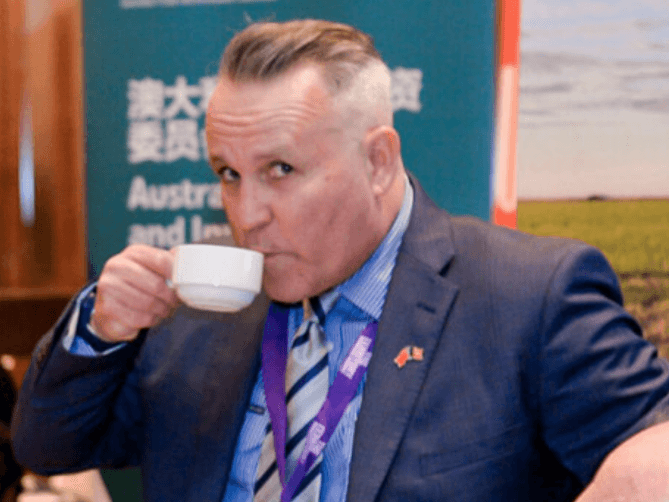 UPDATED: Former NT Cattlemen’s Association chief executive Ashley Manicaros has been hired by CLP Senator Sam McMahon while he is in the middle of pursuing legal action against the powerful industry group.

Mr Manicaros was sacked from his senior role with the NT Cattlemen’s Association in December and filed legal action against the organisation in March alleging that he was unfairly terminated.

Despite the controversy, Ms McMahon has hired him to replace Kris Civitarese as her “office manager”, a job which involves distributing press releases, organising media events and establishing consultation with the community among other duties.

The hire has raised eyebrows in the party, with Ms McMahon expected to face a growing challenge to her preselection at the upcoming CLP central council meeting in June from high-profile Territorians. It’s been speculated everyone from Alice Springs Mayor Damien Ryan to Darwin businesswoman Linda Fazeldeen, to Alice Springs councillor Jacinta Price to businesswoman and former NTCA boss Tracey Hayes will contest the preselection.

One party source, speaking on the condition of anonymity, said the hiring of Mr Manicaros was not a politically astute decision on Ms McMahon’s part given his ongoing legal dispute with the NTCA.

“There’s a lot of people lining up to challenge her for preselection – this may be the issue they need to push her out,” they said.

The NT Independent revealed Ms McMahon had been in a physical altercation with a staffer last June that led to a federal parliamentary and internal party investigation into allegations of assault and misconduct, which resulted in the dismissal of her then-chief of staff.

The NT Independent also revealed Mr Manicaros had secretly sought preselection for the CLP in the seat of Port Darwin at the last NT general election but was unsuccessful.

He claimed in court documents that he was sacked for his political ties to the CLP.

Current NTCA president David Connolly would not comment on Mr Manicaros’s new job, but told the NT Independent the Cattlemen’s Association would be defending itself against Mr Manicaros’s claims in court.

“The NTCA has received legal advice; we’re considering that very closely and we’re keeping our options open,” Mr Connolly said. “We’re very confident in our legal team and our position.”

Hiring Manicaros will help ‘deliver us the seats of Solomon and Lingiari in the next Federal election’: McMahon

Ms McMahon told the NT Independent that hiring Mr Manicaros was the right move and said she would continue to work with the NTCA.

“Any legal action [Mr Manicaros] may choose to persue is a personal matter for him,” she said.

“I will continue to advocate for and work with the NTCA as I have always done.

“I assure everyone that the functioning of my office to allow me to be a highly effective advocate for the NT, will be enhanced with the skills and experience Ashley brings. I welcome anyone with concerns to contact me directly.”
Ms McMahon added that Mr Manicaros has a “long history of working with the CLP and in conservative politics” and would help win the next federal election.

“I look forward to working with him to deliver us the seats of Solomon and Lingiari in the next Federal election, which is the collective goal of all CLP members,” she said.

Editor’s note: This story was updated on Wednesday evening to include Ms McMahon’s comments.