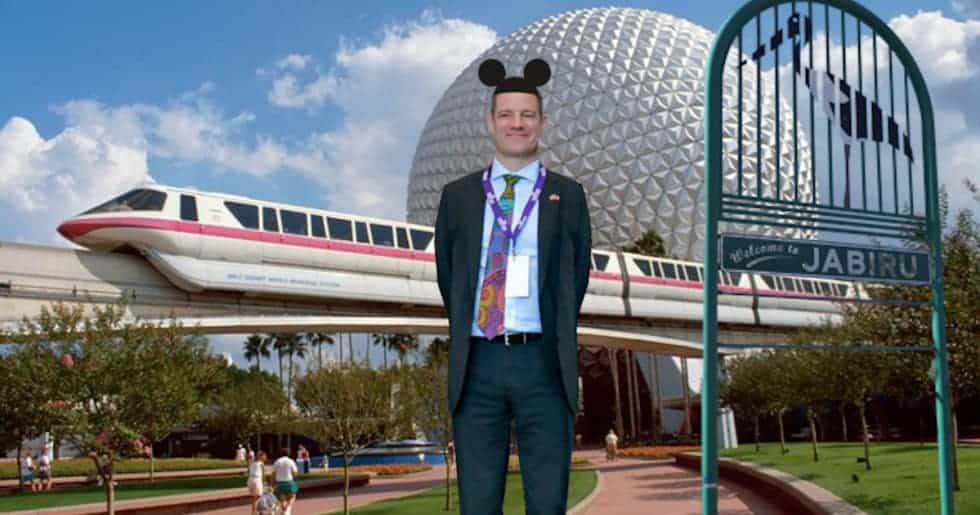 A senior public servant who charged taxpayers for a questionable trip to Disney World has been appointed as the interim Territory Investment Commissioner, the NT Independent can reveal.

Andy Cowan, currently the deputy chief executive of the Department of Chief Minister and Cabinet, was promoted to the commissioner role by Chief Minister Michael Gunner as part of a scheme announced yesterday that will see two commissioner positions created in the public service to fast-track much-needed private investment into the Territory.

The other role of Major Projects Commissioner will be filled by Hayley Richards, who is currently the director of “commercial facilitation” in the Department of Trade, Business and Innovation and who was tasked with implementing the recommendations of the Pepper Inquiry into fracking.

The NT Independent revealed last July that Mr Cowan had charged taxpayers for flights and accommodation for a side trip to Epcot Centre at Disney World in Florida while on an official NT Government trip to the United States in late 2019 to explore private investment interest in an undersea fibre-optic cable connecting Darwin to Singapore.

Mr Cowan had claimed the $1,000 costs for the Disney World jaunt were “reimbursed” by a private business group with a commercial interest in redeveloping Jabiru – a company that would lobby Mr Cowan for government funding in his role on the “Jabiru Kakadu Taskforce” and as deputy chief executive.

He claimed he needed to go to Epcot Centre, which offers exciting rides “around the globe, under the sea and into outer space”, to support a director of the company who was “researching” virtual reality displays.

It was never explained why the privately-run Kakadu Tourism company had only claimed to reimburse taxpayers for the trip after it was publicly reported by the NT Independent and eight months after it happened.

Nor was it explained why Mr Cowan had not listed the trip as a gift on the public service gift registry.

Mr Cowan, in his new role, will oversee a $5 million fund to “partner with industry” to find “new investment opportunities” in target sectors including advanced manufacturing, digital industries and renewable energy. It was not immediately clear where that money was coming from or how precisely it would be spent.

Mr Cowan had been focusing on the proposed subsea fibre-optic cable project that would connect Darwin to Singapore for the last couple of years without nailing down a firm investment commitment from private industry. It is unclear where that project stands at the moment. The last mention of it was in a press release in early 2020 that was short on details.

Mr Cowan, who does not have any formal business experience or education and was a teacher before entering the NT Public Service in 2010, will act in the role indefinitely while the position is advertised for suitable candidates.

The Major Projects Commissioner role will also be advertised, the government said.

Mr Gunner said the commissioner positions – that will each oversee a team of 10 “specialist” bureaucrats focused on bolstering private investment – will report to him directly and “have the authority to make recommendations to ministers and present to cabinet”.

“Another day, another spectacular political flop,” she said.

“The fact that two high-paid senior public servants from within the Chief Minister’s department have been appointed as ‘commissioners’ shows the announcement yesterday is nothing more than hollow job title changes, and does nothing to reform the way private sector investment is facilitated in the Territory.”

The total pay for the two new roles has not been fully disclosed but is expected to be well over $200,000 each, plus other incentives and benefits. It was also not disclosed who would be replacing Mr Cowan and Ms Richards in their respective roles.

Mr Cowan and Mr Gunner did not respond to the NT Independent’s questions.