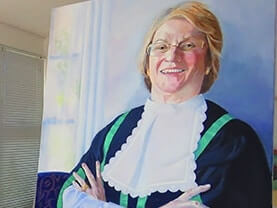 The NT Independent revealed yesterday that Ms Purick’s office spent tens of thousands of taxpayer dollars on alcohol over this term of government, including $1200 on a single grog run just before Christmas last year when no official parliamentary business was on, that included eight bottles of high-end champagne and 40 bottles of Boatshed Bay wine.

Questions have been raised over what checks and balances are in place to monitor the Speaker’s office’s booze bills – which once included 120 bottles of Boatshed Bay wine ordered in just over one month for “Madam Speaker’s suite” costing taxpayers more than $1300.

The alcohol for the office is over and above what’s served at official catered parliamentary events.

According to internal records, the booze expense approvals for Ms Purick’s office are signed off on by subordinates of Ms Purick with no apparent external oversight and no regard given as to the costs or benefits to Territorians.

“The booze bill racked up by the Speaker is a disgrace and shows that external approvals (should be) required,” she said.

“We should not tolerate self-indulgent expenditure of taxpayers funds. At the very least the Speaker’s entertainment expenditure should require a sign off outside her own agency of the Legislative Assembly. It should go through the Department of Chief Minister who need to actually scrutinise the purpose of expenditure before any approval.

“Checks and balances are important to prevent waste of taxpayers’ funds.”

Invoices obtained by the NT Independent show the price varied on the same alcoholic product between orders and that all the booze was purchased at BWS instead of a wholesaler. It was also unclear who was collecting the Woolworth’s rewards points on the purchases.

The bottle shop runs, which routinely took place monthly or whenever grog was required, were separate from the alcohol Ms Purick provided community groups at catered parliamentary functions.

Under parliamentary convention, the Speaker of a Parliament performs ceremonial roles as well as administrative roles, and often hosts different groups as the official representative of Parliament.

Often allowances are given to the Speaker’s office to assist with hosting ceremonial events, although the budget for this purpose has never been disclosed in the NT.

‘They’re watching it and they’re sick of it’: Independent MLA Scott McConnell

According to the released documents, taxpayers paid nearly $92,000 for hospitality events hosted by Ms Purick between 2017 and 2019, including exclusive “private dinners” and other elite events with community groups that were hand-selected by the Speaker.

These events had alcohol worked into the bill and are separate from the booze purchased for the Speaker’s office.

Independent Member for Stuart Scott McConnell, whose electorate is among the most economically disadvantaged in the country, said he was concerned about the Speaker’s office spend on grog, and added that wasteful spending continues throughout the government during the financial crisis.

“I’ve seen that behaviour, but it’s not just the Speaker, it’s level five (at Parliament House), it’s how that place works,” he said.

“We can’t afford an Administrator at this time that has a cook and a driver. This self-indulgence is extraordinary. It wouldn’t look good if we were doing well, but we’re doing appallingly. We’re subsidised by the rest of Australia and we still have a $7 billion debt.

“We can’t afford this stuff.”

Mr McConnell, who is running as an independent in the Braitling electorate, added that the sense of entitlement by those currently in positions of power is appalling, especially when considering the state of the Territory’s financial situation.

“They think they are entitled to it,” he said. “I can’t believe that sense of entitlement, it has been the most shocking thing to me for these people who are not really anything. It’s extraordinary.

“My constituents are watching these free piss-ups and big events and they’re living below the poverty line, have their name on a housing waiting list for three years. They’re watching it and they’re sick of it.”