Scenes from the circus: Parliament descends into farce over Opposition’s ICAC questions 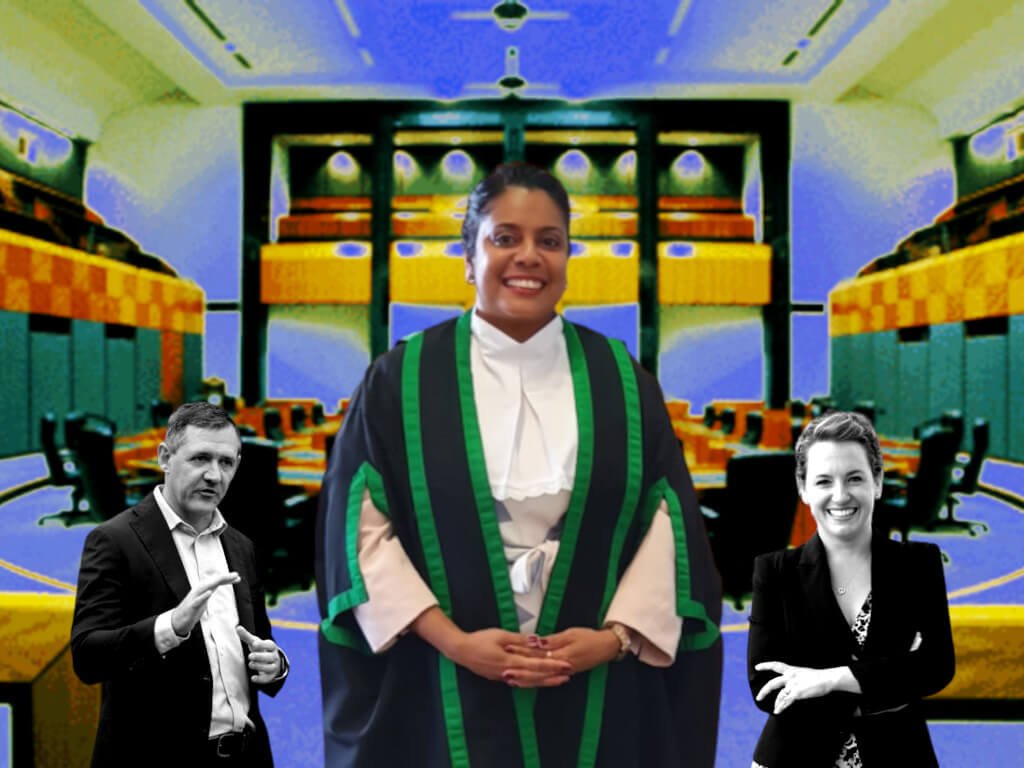 NT Parliament descended into farce again Wednesday afternoon, with the Gunner Government using parliamentary technicalities to block the Opposition from asking the Chief Minister about his role in the Zach Rolfe ICAC investigation and the Speaker kicking the Opposition Leader out of Parliament, later admitting she was “confused”.

Leader of Government Business Natasha Fyles jumped up to object to CLP Leader Lia Finocchiaro’s first question of the afternoon, suggesting it contained “imputations” about the Chief Minister.

That kicked off a nearly 20-minute argument amongst MLAs and Speaker Ngaree Ah Kit about whether a simple question could be asked of Michael Gunner that resulted in Ms Finocchiaro being expelled from Parliament for the remainder of Question Time.

Ms Finocchiaro could not finish her first question that was related to the ICAC’s recently announced investigation into the circumstances around the charging of Constable Zach Rolfe for the shooting death of Kuamanjayi Walker in 2019.

“Part of my question … is [the Chief Minister’s] involvement in Yuendumu would make him a key witness to the investigation, which is into the four days between the shooting and the charging and the Chief Minister went to Yuendumu two days into that,” she said to the Speaker.

“So, it’s just a question. If we’re going to start using imputations in questions, Madam Speaker, there might not be many questions left.”

Ms Finocchiaro obliged, but could not complete it before Ms Fyles again objected.

She was eventually given only eight seconds to ask the question, instead of the usual 60 seconds.

“I’ve got eight [seconds] and you think as Speaker that’s reasonable that I have to ask a whole new question in eight seconds?’ she asked.

Ms Ah Kit told her she now only had six seconds to ask the question.

“Given your ongoing conflict, will you stand aside immediately for the duration of the investigation,” Ms Finocchiaro said to Mr Gunner.

But before he could answer, Ms Ah Kit kicked Ms Finocchiaro out of the Chamber for 60 minutes.

Mr Gunner then responded that he “respects” the ICAC’s independence and suggested that the CLP does not.

That elicited an objection from independent MLA Robyn Lambley, who said Mr Gunner was making “imputations” against Ms Finocchiaro who did not say she didn’t respect the independence of the ICAC.

At times Ms Ah Kit said she was “confused” about what was going on.

The second question of Question Time was not asked until 2:18pm.

Ms Finocchiaro said in a statement later that her question was “around the actual or perceived conflict of interest” of Mr Gunner also being the Minister responsible for ICAC and that he “should stand down while the investigation is underway”.

“I had a critical question to ask the Chief Minister, yet the Leader of Government Business kept interrupting in a deliberate attempt to shut me up and shut me down,” she said.

“[Question Time] is one precious hour of scrutiny in an entire day.

“The Gunner Labor Government is allergic to scrutiny, and hates transparency even more. That’s why they target the Opposition during Question Time, because they know we’re out there asking the questions that the broader community wants answers to.

“There is no question that these interruptions are a deliberate strategy by the Gunner Labor Government to shut the Opposition down.”