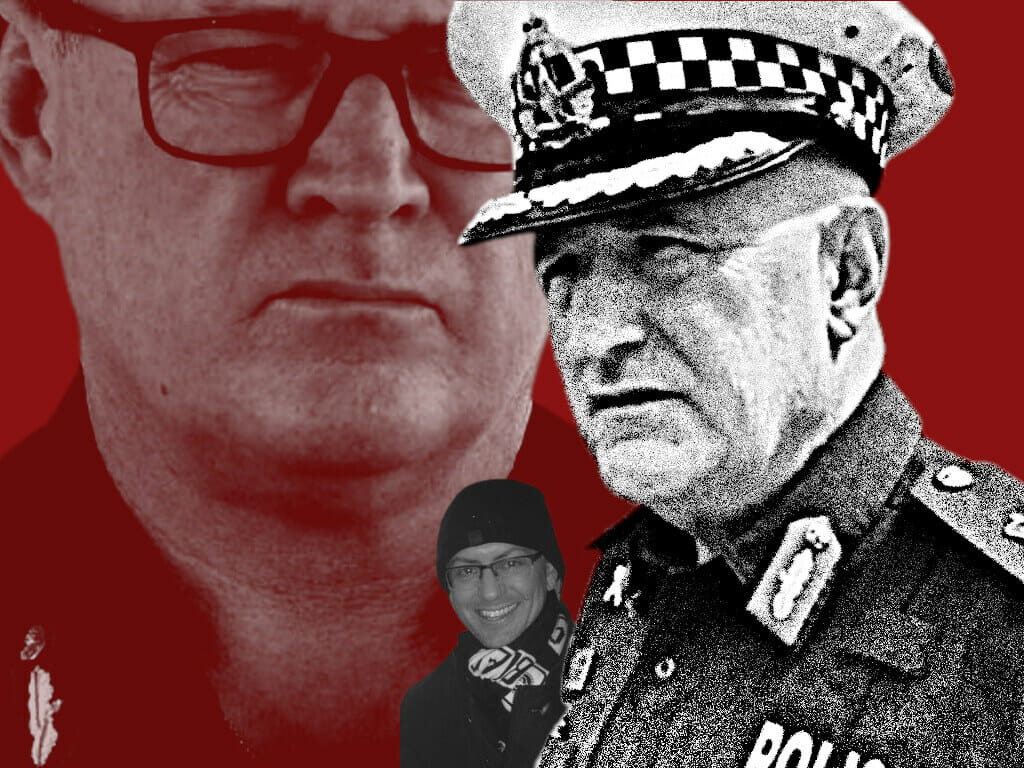 Senior NT Police figures told police media manager Rob Cross to craft a media strategy around the call to arrest Constable Zach Rolfe just minutes after his boss Commissioner Jamie Chalker left an executive meeting in November 2019, with “one consistent message” for the public: that then-assistant commissioner Nick Anticich was the man who confirmed the directive to arrest and charge, investigator notes reveal.

Multiple investigators’ notes, obtained by the NT Independent, show Mr Chalker attended a meeting with senior police executives shortly before the directive was made to arrest Constable Rolfe for murder, which appears to contradict Mr Chalker’s public claims last week that he was not involved in any discussions about the charges before they were laid.

Mr Chalker was meeting with police executives who had just returned from handing over the unfinished brief of evidence to the Department of Public Prosecutions where director Jack Karczewski recommended a murder charge.

Those diary notes also show that at least five investigators raised concerns about the speed at which the charges were being considered by the DPP, which was finalised before all the evidence was collected.

According to one investigator’s notes, Mr Anticich also stated in the meeting that “the chief would have to be informed” after developing an arrest plan for Constable Rolfe, presumably referencing Chief Minister Michael Gunner, who has also claimed no involvement with the decision to charge.

The Independent Commissioner Against Corruption announced yesterday an investigation into the decision to charge Constable Rolfe with murder, following weeks of allegations of political interference in the rushed decision to charge.

The announcement by the ICAC came after a series of stories that appeared to undermine claims by Mr Chalker that he was “at arm’s length” of the investigation and was as “shocked as anybody” about the charges being laid.

Mr White and Mr Anticich agreed in the meeting that began at 3:47pm – just after Mr Chalker left – that Rolfe was to “be treated in a fashion consistent with others taken into custody”, with Mr Anticich suggesting that “my view is we have to consider going now”.

Mr White appeared to agree, according to the notes, stating that Constable Rolfe might be considering leaving the Territory to travel to his parent’s home in Canberra.

“It does look like he is travelling and an extradition would be a nightmare,” he reportedly said.

Mr Anticich then asks the meeting: “What is the decision then?”

Mr White responded: “We have to arrest, what else is reasonable?”

Mr Anticich confirmed the decision to arrest, stating: “There is to be no communications prior but immediate comms after”.

“There will need to be family advice + the chief will need to know straight away,” Mr Anticich reportedly said.

It is unclear if that referred to Mr Gunner, and who exactly would inform him of the charges, and when Mr Gunner was informed. The decision to charge Constable Rolfe was made a day after Mr Gunner had told the Yuendumu community that “consequences will flow”.

Mr Anticich went on personal leave from the NT police service in 2021 to reportedly attend to an illness in his family.

NT Police confirmed to the NT News last June that Mr Anticich would be retiring at the end of the original Zach Rolfe criminal trial that was scheduled for July 2021.

No further explanation of Mr Anticich’s status was provided at the time or since.

It was revealed during the trial that Mr Anticich made no notes during the meeting involving the decision to charge Constable Rolfe.

Mr Chalker last week said that he had no involvement in the decision to charge, but what was discussed at the executive meeting he attended shortly before the arrest order remains unknown.

It appeared he was using original media strategy last week when he claimed “the decision to charge was a matter between the investigation team and the DPP”.

Rob Cross started the job as NT Police media manager sometime in late 2019, after having left then-attorney general Natasha Fyles’s office for the position. He was previously news editor of ABC Darwin.

The ICAC did not provide a timeframe for when the investigation, which could include public hearings, would be concluded.