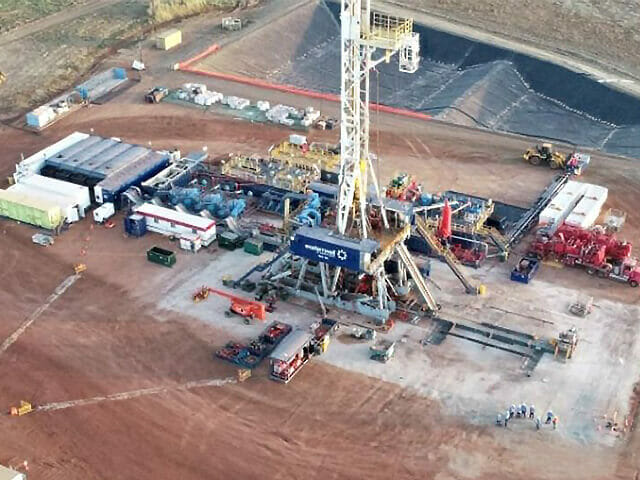 A legal fight between energy giant Santos and one of Australia’s biggest landholding companies has ended in the NT Supreme Court, after Santos agreed to pay $400,000 after failing to inform the property owner of an expanded fracking operation on their land in the Beetaloo Basin near Daly Waters.

Rallen Australia had taken the multinational energy company to court alleging Santos had misled and deceived farmers by not alerting them to revisions of the Environmental Management Plan (EMP) the company had undertaken to add two additional gas wells to the land at Tanumbirini Station.

On the final day of hearings in the Supreme Court, the parties reached an agreement that will see Santos pay roughly $400,000 to Rallen in costs, will continue to flow test the two wells in question and agreed not to undertake any further petroleum activities on EP161 at Tanumbirini Station until December 31, 2022.

“Santos will work to improve the way it engages with landholders,” the company said in a statement on Friday afternoon.

“Santos looks forward to a constructive working relationship with Rallen on that basis.”

The court had heard Santos had permission for nine fracking wells on the cattle station, which had been negotiated with the previous owner, but had failed to inform Rallen of the revisions to the EMP which added the additional two wells.

The two horizontal wells have been drilled and are operational.

Santos had acknowledged in court that “sloppy” paperwork was responsible for the miscommunication in which Santos claimed Rallen had been informed about the two wells.

Rallen purchased over a million hectares of Beetaloo Basin pastoral leases, including Tanumbirini Station, after the NT Government lifted a fracking moratorium in the gas-rich area in 2018.

The NT and federal governments have pushed to develop the Beetaloo Basin into an onshore gas province. But land users and environmental groups strongly oppose the area’s development.

In October 2021, Rallen expressed opposition against the NT government’s decision to approve Santos’ application to frack the sections of the Tanumbirini Station.

Rallen is owned by the wealthy Ravazzotti and Langenhoven families. Rallen has previously said it is opposed to gas activities on its land.