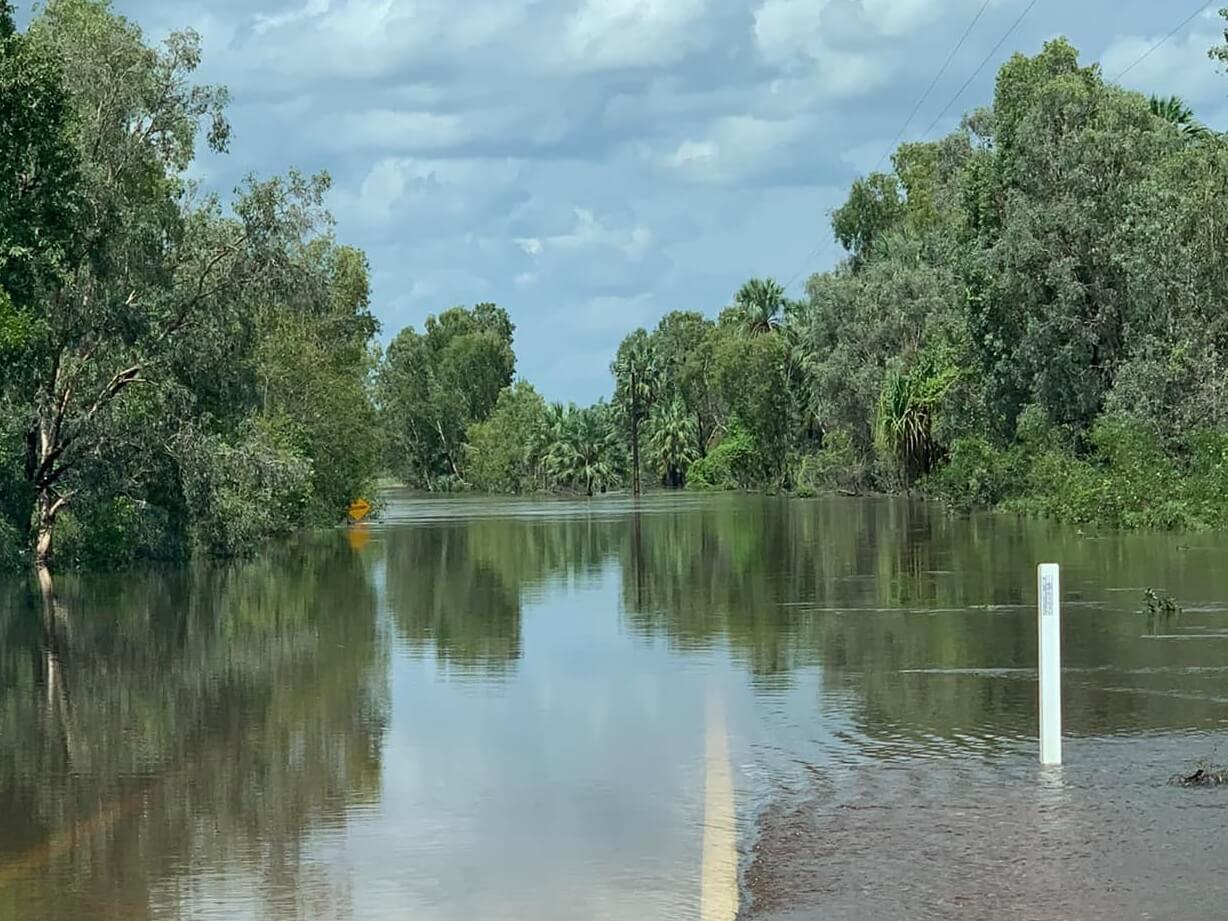 Residents in the Southern and Barkly region are being urged to be prepared for heavy rain and flooding as ex-Tropical Cyclone Tiffany heads south over the weekend.

The Bureau of Meteorology (BOM) said the system will remain a deep tropical low and will move south over the weekend with rainfall expected to start from Saturday in the Lasseter and Tanami Desert, extending into the Simpson Desert during Sunday into Monday.

Three-day rainfall totals are expected to be between 70 to 120 mm for the areas around Yuendumu, Kintore, Yulara and Docker Rive, according to BOM’s weather bulletin.

“Many areas may experience localised flooding and areas of inundation with many roads becoming impassable and communities and homesteads isolated,” it said.

A flood watch was issued for the south west Northern Territory.

Police have warned people to have adequate provisions in case the localised flooding eventuates.

“If this is the case, and following the severe heat wave the area has just had, we can expect potential flooding in localised areas,” Northern Territory Emergency Service Acting Deputy Director Ian Carlton said.

“We urge residents in affected communities to ensure they have adequate provisions which would last a few days, rather than risk driving on flooded roads or impassable.”

He said residents in the affected areas should ensure they have food and water provisions which can sustain them for up to 72 hours.

Unnecessary travel will be restricted in the event of flooding in the area.

The Northern Territory Emergency Service advises that people should stay away from flooded drains, rivers, streams and waterways; prepare for flooding and move away while safe to do so; and don’t drive into floodwaters.

“While Alice Springs and Tennant Creek will be lucky if they see any significant rain, at least this weather event will cool the area down significantly,” said Mr Carlton.

Meanwhile, residents along the area of Granite Creek, Mataranka, Jarrahdale, and Katherine have reported flooded thoroughfares after Cyclone Tiffany passed through earlier this week.