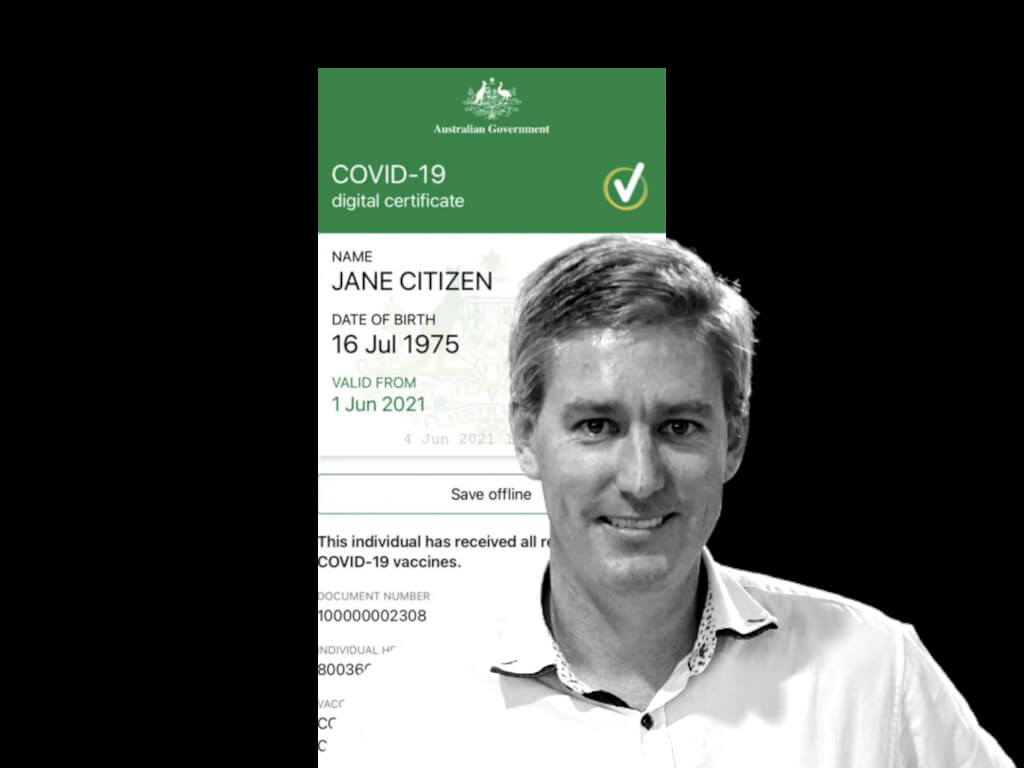 The head of Hospitality NT has called on the Gunner Government to stop making hospitality staff the frontline ‘COVID-19 cops’, as the chief health officer continues to require checking of vaccine status certificates to get into pubs, bars, and cafes.

“Those people that are choosing not to be vaxed now, come hell or high water, they’re not going to get vaxed,” he said.

“Can we just drop the fallacy that by depriving them the opportunity to freely move around somehow, we’re all keeping each other safe and patting each other on the back?”

Under the current CHO directions, operators of cafes, licensed premises, casinos, cinemas, and gatherings with more than 500 people are required to check the vaccination status of every patron.

However, Chief Minister Michael Gunner, who was interviewed on the same station earlier in the morning, indicated there had been, or was going to be, yet another change in the CHO directions, where vaccination status would not be checked at the door, but at the bar instead.

Mr Gunner, who appeared to be confused on the changes himself, told Katie Woolf that he’d double check with the CHO, and that he “thought this had happened, maybe it’s about to happen”.

“Some of those settings, where you needed to do the vax pass at the bar, so I’ll get some clarity about exactly which settings. I think it was all of them, but it wasn’t a majority, a lot of settings,” he said.

“We were changing it, so it wasn’t at the door, but at the bar.”

Mr Bruce reiterated that staff were bearing the brunt of vaccination status requirements, and wanted them scrapped.

“Why are we suddenly the frontline ‘COVID cops’ when the government themselves have run away from enforcing this?” he asked.

“At the end of last year, we got told that this vax-checking requirement on us would only be when we were in lockout conditions,” he said.

“You know how many rule changes there have been in the last couple of months, but you know, that was only going to be in lockout conditions.

“How come the government is giving less certainty to business in the community now, than we we’re able to achieve earlier in the pandemic, when arguably they know more now than they’ve ever been able to know in the last two years.”

United NT Businesses say Dr Heggie has “exceeded his authority and doesn’t have the legal power to make the far-reaching directive.”

Mr Burnside told the press at the Supreme Court in Darwin on Monday, the fight against the vaccine mandate was “not an anti-vax case”.

“This is a question about statutory power. Three of us at the bar table are all vaccinated,” he said.

“There is a really important human rights mission at the heart of it.”

Mr Burnside said Dr Heggie had misused his extensive power and two of the four plaintiffs had already lost their jobs for refusing the jab.

“It does seem fairly tolerably clear that he has misapplied his power, that’s the allegation,” he said.

“The issue is plain, and it is one that needs to be resolved, the question is of public interest.”

The group ha said it has more than 400 members but may be facing difficulties financing the battle. However, United NT Businesses spokesman Mario Tsirbas said they are confident they can raise the funds to continue the Supreme Court challenge.

“I’m confident the people of the Territory are resilient and strong and they fight for each other,” Mr Tsirbas said.

“It’s not about us covering our backside, it’s about everyone knowing that the arguments that are going to be put before the judge are actually in the public interest and deserve to be heard.”