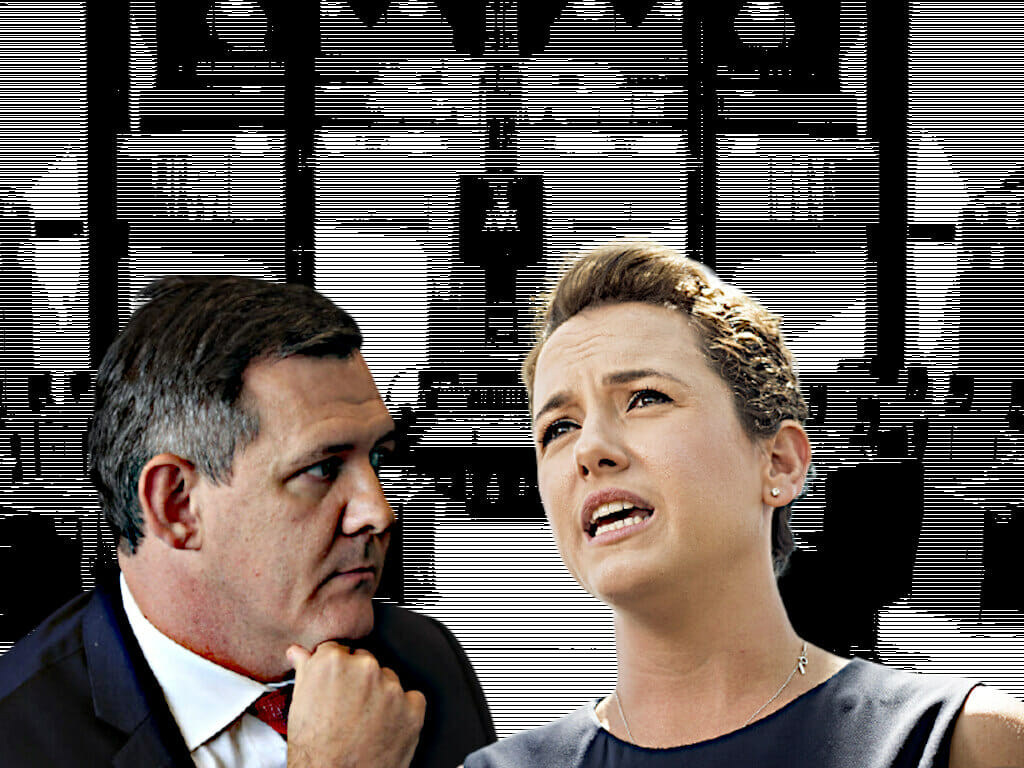 The Opposition has used Parliament to move a censure motion against Chief Minister Michael Gunner for rejecting a public inquiry into allegations of political interference in the Constable Zach Rolfe affair and called on him to stand aside while the ICAC investigates.

But the Gunner Government rejected the censure motion and gagged debate around the Chief Minister’s handling of the situation that the Opposition say has eroded the public’s faith in the NT Police force, the Office of the Director of Public Prosecutions and the Police Commissioner.

The NT Independent reported on Tuesday notes from investigators into the shooting death of Aboriginal man Kumanjayi Walker in Yuendumu in 2019, that highlighted the rushed move to charge Constable Rolfe with murder. The notes showed that Police Commissioner Jamie Chalker attended a meeting of the police executive team before the order was made to arrest and charge Constable Rolfe.

Mr Chalker had claimed last week that he had never been in a meeting where the charge was discussed, that he was “at arm’s length” of the investigation and was “as shocked as anyone” when Constable Rolfe was charged.

ICAC Michael Riches announced on Tuesday morning that he would investigate the circumstances surrounding the charge being laid, which includes the allegations of political interference.

Opposition CLP leader Lia Finocchiaro said that Territorians had been vindicated by the ICAC’s decision to investigate the matter and called for Mr Gunner to stand down while the investigation is underway.

“It’s clear now why the Chief Minister told media this morning that he didn’t think an ICAC investigation is necessary,” she said.

“He knew he would be exposed for promising a mourning community an outcome that impugned police wrongdoing, before a thorough investigation had taken place, and now has to answer questions around his involvement before the anti-corruption watchdog.

“The Chief Minister should stand aside, immediately, while this investigation is underway. The perception of political interference, his failures of leadership and claims that an independent investigation is ‘completely unnecessary’ is too great for Michael Gunner to continue in his current role.”

Ms Finocchiaro said she supported the ICAC’s investigation but said she wanted to see the ICAC hold public hearings where witnesses would be called.

The CLP used Question Time to once again focus all of its questions on the Constable Rolfe matter and Mr Gunner’s refusal to call for an independent inquiry into the allegations of political interference and the rush to charge.

“Given you feel an ICAC investigation is unnecessary, and that people with questions are ‘conspiracy nuts’, will you be fully cooperating with the inquiry and will you now resign,” said Opposition Whip Josh Burgoyne.

Mr Gunner repeatedly refused to answer questions, saying that he had “been very clear” with his comments.

“I respect the police process, the prosecution process and the court process,” he said. “At the same time, the Opposition have indicated a lack of support for all three of those steps.

“I’ve also made it clear that I respect the coronial process and ICAC process.”

The questions culminated in Ms Finocchiaro moving the censure motion on Mr Gunner for “failing every test of leadership, integrity and common decency”.

“The police don’t believe in you and neither do Territorians,” she said before moving the motion.

But Leader of Government Business Natasha Fyles cut the motion off and refused to let the chamber debate it.

In another question after the failed censure motion, Ms Finocchiaro said Mr Gunner was holding the Parliament in contempt and ignoring “the damage your words that ‘consequences will flow’ have caused the police and the community and you have sought to deceive Territorians about the scope of the coroner’s inquiry”.

“You are unfit to lead,” she said. “Will you stand down as leader so the ICAC can do their important work in investigating your government and your involvement in this whole sorry saga.”