Police Commissioner Jamie Chalker claimed this week that potential federal funding cuts to remote policing services in 2022 was the cause of current severe understaffing issues in remote NT communities.

But an internal police memo, obtained by the NT Independent, shows the department has been trying to entice current members to the bush with promises of reduced terms – cut in half from 24 months to 12 – if they take a remote position before the end of the month.

Police sources said the effort was failing and that earlier this year at least a dozen remote policing jobs advertised internally failed to garner a single application.

“All members are advised that effective as of Gazette 20, which will be published 1 October 2020, 12 month reduced tenure positions in remote locations will no longer be offered,” the memo from last week stated.

“From this date, all remote location vacancies will carry a minimum tenure period of two years.”

Upon taking up the role late last year, Mr Chalker decreed that he would be forcing all NT police officers to work in remote communities. 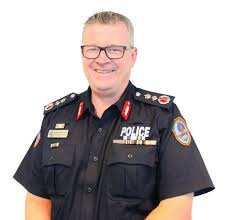 “I will be expecting people to go and live and work in remote communities, because I’ve done it myself,” he said at the time.

Mr Chalker did not respond to questions posed by the NT Independent seeking a figure of how many officers he has forced out to remote stations to date or what other measures the department could take to attract willing officers to the remote roles.

Mr Chalker told Mix 104.9 on Wednesday that the $20 million in annual funding the Commonwealth provides the NT for remote policing may not continue past 2022 and that he would be forced to cut remote policing services if that happened.

“Given the current advice we’ve got is that there is no commitment post-June 2022 to further funding … I’ll need to consolidate my resources clearly, and that will mean there’ll be remote Aboriginal communities that have now had a police facility and some ad hoc police presence … are likely to have a very reduced service footprint,” he said.

But the union representing NT police officers said a lack of government commitment over many years to remote policing has led to the lack of officers today.

“With some police stations and housing built back in the 60’s and 70’s, they are nothing more than an asbestos-filled time capsule and simply not fit for purpose,” NTPA president Paul McCue said. 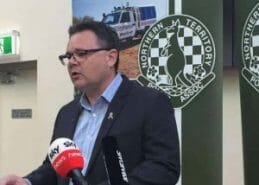 “In addition, many temporary stations placed there in the 2007 intervention are simply falling apart and are a work, health and safety risk, and should simply be closed or bulldozed.

“It has been a challenge for over a decade to get members to permanently transfer to remote locations for a variety of reasons, including a lack of rest and respite, lack of development opportunities and a lack of appropriate infrastructure.

“The focus was simply taken off remote policing by government who dropped the ball considerably on servicing remote communities.”

Where did the federal funding go?

NT CLP Senator Sam McMahon told the NT Independent Mr Chalker’s claims of potential cuts were inaccurate, citing a review next year that would reassess the Commonwealth’s funding for remote policing, and called on the Gunner Government to publicly disclose where they’ve spent the $280 million in federal money for NT policing they’ve pocketed since 2009.

“They have completely failed to address the current situation and are trying to hide behind something that [might be] happening two years from now,” she said.

“This is not about politics. This is about a drastically underfunded NTPFES. The Minister responsible needs to step up and explain to Territorians where the money has gone. Minister Manison owes the members of the NT Police a full and frank explanation as to why the NT does not have the extra police she keeps promising.”